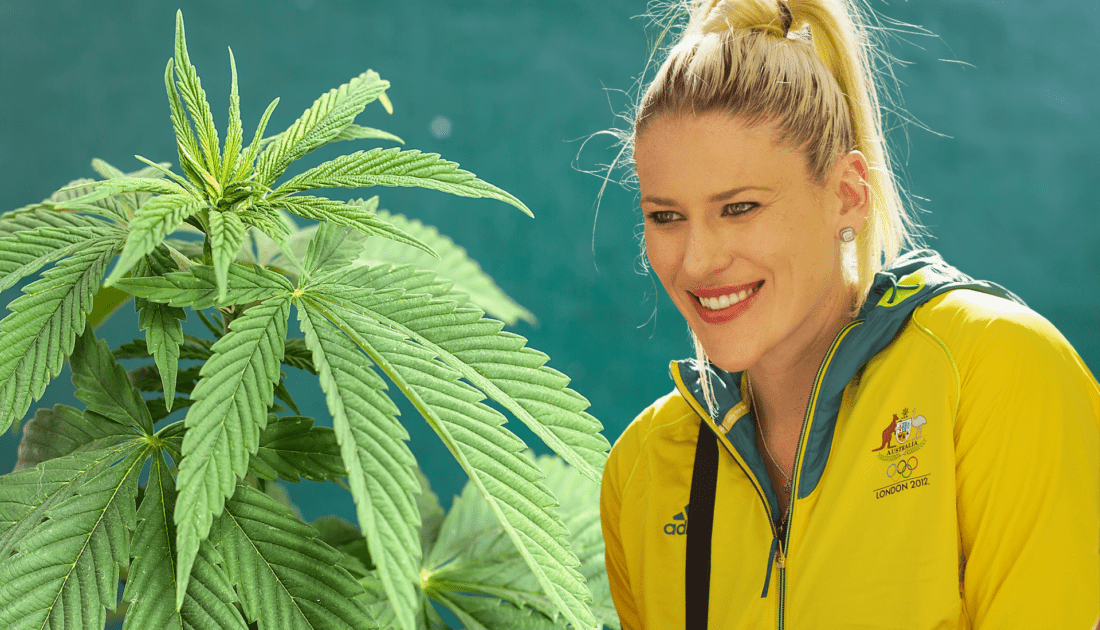 Being a professional athlete is not just about fun, fame, and money. It is also a lot of hard work and taking your body and mind to the extreme. And always pushing the limits.

This without considering the competitions, where sports injuries occur. Sadly, most professional athletes have a deep understanding of injuries. In fact, very few have been fortunate enough to go through a long career without injury at least once. Therefore, it is not surprising that more and more athletes are turning to medical cannabis and / or CBD products to help manage their injuries. Some have even decided jump to the industry in one way or another, usually motivated by surprising personal results.

The latest athlete to join the group to spread the word about the benefits of cannabis is Lauren Elizabeth Jackson, one of the best basketball players of all time.

Jackson is the first Australian basketball player to be inducted into the Naismith Memorial Basketball Hall of Fame, a two-time WNBA champion with the Seattle Storm, a three-time MVP, a seven-time WNBA All-Star and number one in the draft of 2011. In addition, Jackson won four Olympic medals (three silver and one bronze). I was about to get a fifth until a degenerative knee injury forced her to retire from basketball, wrote ABC News.

“It didn’t end the way I wanted it to,” Jackson said.

Medicinal cannabis instead of pain relievers

Throughout his career, Jackson underwent many surgeries for which he relied on pain relievers. Even after retirement, chronic knee, hip and lower back pain persists.

“I have spoken openly about my battle with prescription drugs during my career and when I retired, I gave up everything because I wanted to raise my children and be the best version of myself,” Jackson said.

Fortunately, her doctor suggested trying medical marijuana when she asked for an alternative treatment to control the pain.

“It’s unbelievable,” explained Jackson. “It has helped me a lot and has allowed me to go back to training and lead a very active lifestyle with my two young children.”

Jackson was so excited about the results that she joined a new Sports Advisory Board, led by Melbourne-based sports medicine company Levin Group. The company develops pharmaceutical grade medical cannabis for chronic pain and concussion.

Jackson aims to help reduce the stigma associated with the plant by sharing his personal experience.

“It’s something I personally believe in because of how my body has handled it,” Jackson said. “I just want to help spread the word and hopefully help change people’s lives.”

Via Benzinga, translated by El Planteo.