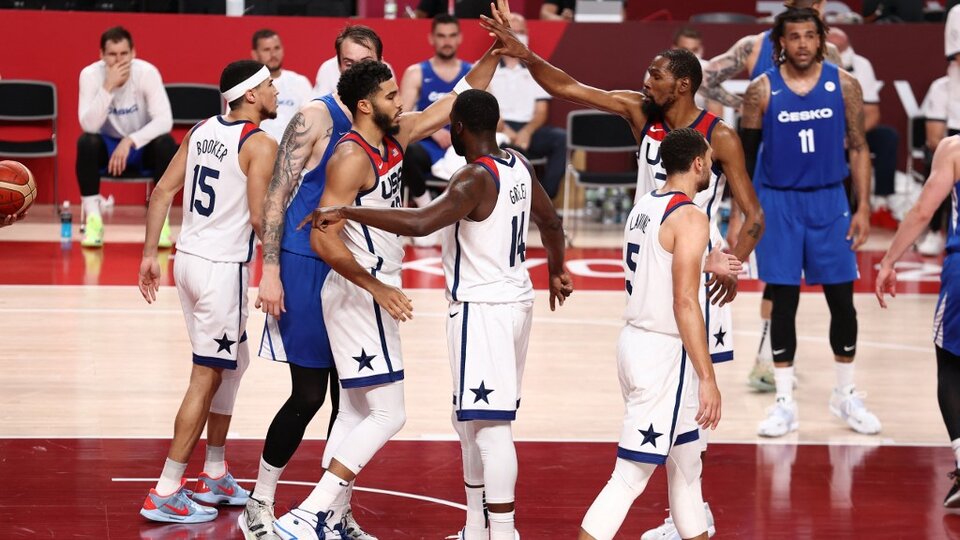 As logical as it was celebrated the victory of the United States over the Czech Republic by 119-84 this Saturday morning, to build a 35 point difference that gave him an extra life to the Argentine basketball team in Tokyo 2020.

To Campazzo, Scola and company It will be enough for them to beat Japan by the minimum this Sunday (1.40 in the morning) to advance to the quarterfinals as one of the two best third parties. If they win by 13 or more, the National Team will qualify as the best third party since they will be left with a higher goal difference than Germany. If he loses, there will be an early farewell for the current world runner-up.

Argentina reaches the last date of the group stage without points and with a difference of -28 so they need to beat Japan (0 and -46) to be third in their zone, which already has Slovenia and Spain classified (4 units each). It is worth remembering that to the quarterfinals The first two of each group and the two best third parties classify.

In A, the positions were with France at the top (6), followed by the USA (5), Czech Republic (4 and -49) and Iran (0). While in B, Australia is first (6), ahead of Italy (5), Germany (4 and -16) and Nigeria (0). The Germans, who fell this Saturday by 89-76 with the oceanic, they already have a guaranteed place in the next phase as they have less negative difference than the Czechs, but they may be behind Argentina if the team of “Oveja” Hernández prevails by 13 or more points (it will have a final difference of -15).

The story began with the aroma of an Argentine crash and unease, with the Europeans commanding the actions and closing the first quarter up by an unexpected 25-18. All the ghosts haunted those of Popovich, who had already added a defeat in the debut (against France) and made a performance to be forgotten in the 2019 World Cup in China (eliminated in the quarterfinals against the Gauls, precisely).

But it did not take long for the “USA” team to react hand in hand with its main figures to turn the story around and, at least, go into the break with an advantage (47-43). In the second half, all good from Checa became a mere memory, and the Americans did their thing with partials of 35-17 in the third and 37-24 in the last quarter, already with a lot of rotation. The great weapon of the Americans was triple, with 20 conversions over 42 attempts (48 percent effective), against 8 of 18 of the Czechs (44 percent).