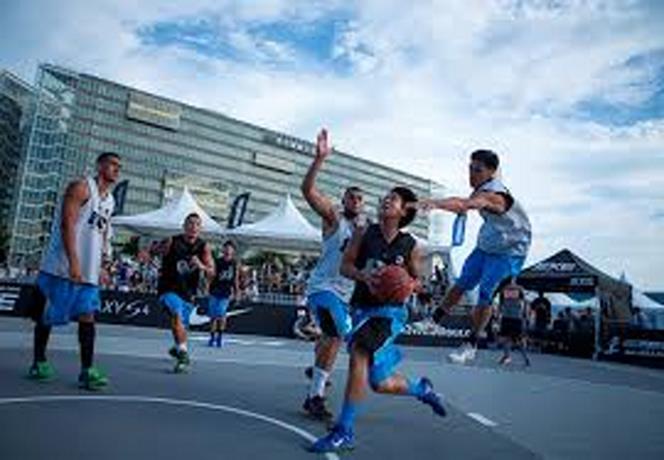 Anyone who has played three-on-three street basketball knows that there are two effective ways to start a brawl in the middle of the game.

Badmouthing someone’s mom or pointing out an offensive foul.

In the debut of three-on-three-and-a-half court basketball at the Olympics on Saturday, Dutchman Arvin Slagter lashed out at Serbian Dejan Majstorovic, who ended up on the floor.

A whistle blew. A referee wearing a dark gray T-shirt and black shorts closed a hand, stretched out his arm and released his fist in a very different way than would happen in a street game.

Nobody argued. It was one of many signs that this Olympic version of the urban “street” game, as it is often called, is somewhat different from what happens on asphalt around the world.

And yes, it is different, but listening to the players say it is fun.

“Three-on-three is basketball played with a lot of intensity,” said Jessey Voorn, Slagter’s teammate. “But it’s not street basketball.”

The Olympics liked the idea of ​​“street basketball” because they are doing their best to include sports that appeal to a younger and more diverse audience in the summer program. Skateboarding, surfing, sport mountaineering and, within three years in Paris, breakdancing (a dance that was created in the street culture of the 1980s) are among the new sports also chosen to fulfill that mission.

In at least one way, three-on-three basketball is fulfilling the role of international expansion to perfection. The sport invented and perfected on the streets of America has no American representative in the men’s branch of the eight-team Olympic bracket. And in the women’s branch he has a team from Mongolia.

It does not have fans, at least in Tokyo, where spectators were not allowed due to the COVID-19 pandemic.

However, it has several DJs. Daft Punk, Kanye West and more were present all day in front of the empty seats that, one day, will be occupied again.