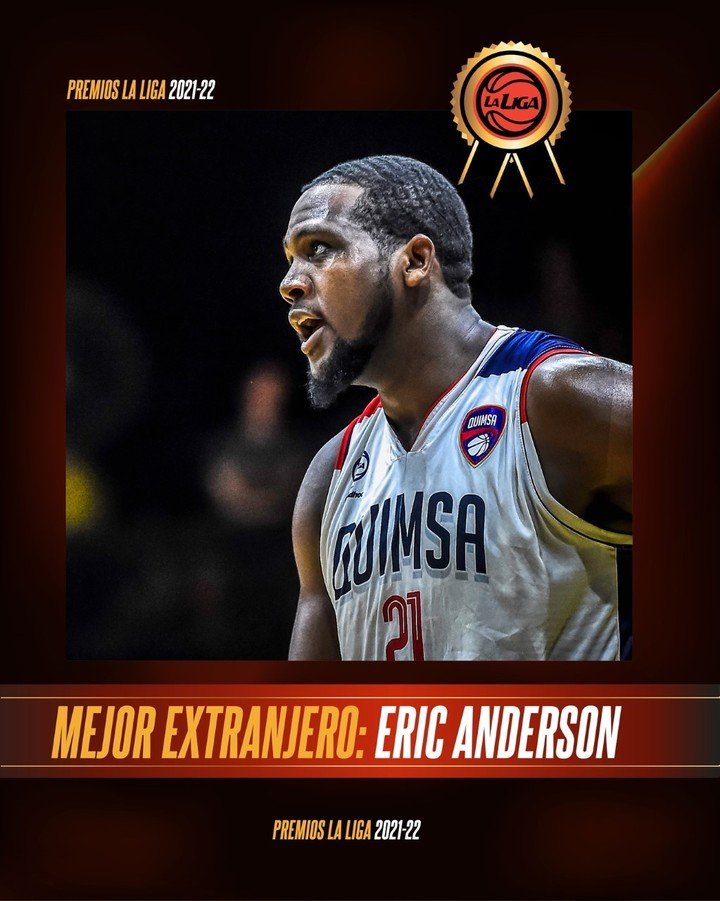 The National League is entering definition period. In fact, tonight the playoffs begin with the duel between Mouth Y Quimsa (This Sunday Institute and San Martín face each other). But before defining the champion of the season, The organization put together a survey for the basketball community to provide their opinion on the best of the year.

The award for the MVP of the season went to the American Eric Anderson, power forward from Quimsa, who also won the award for “Best Foreign Player”. The 29-year-old, who wants to lead his team to the title, is averaging 15.3 points and nine rebounds.

Nicholas Romano, power forward Institute, was chosen as the “Best national player”. The 34-year-old from Junin adds an average of 14 points and 7.2 rebounds per game. On the other hand, Franco BaralleQuimsa’s base, gathered 68.2% of the votes to be chosen as the “most outstanding Sub 23”.

Besides, Bruno Sansimonifrom Boca, took the award for “Best Progress”; Joaquin Valinotti, from Peñarol, was left with the “Sixth Man”; Y Andrew Jamesfrom Unión de Santa Fe, thanks to 77.3%, was chosen as the “Revelation”.

When choosing “Best DT” there was a tie. Sebastián González, from Quimsa, and Leandro Ramella, from Peñarol, shared the prize, given that both gathered 27.3% of the votes.

Awards for everyone in the National League