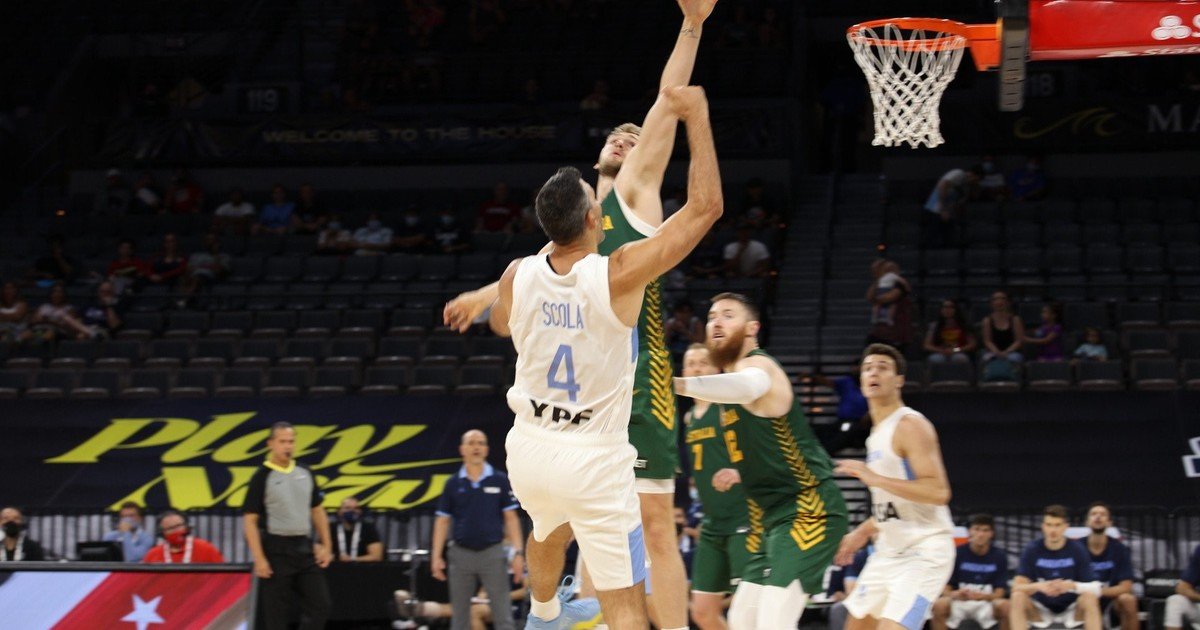 He had it there. The whole game. But the stake of Patty Mills could more and Australia, with an 87-84 in the last ball of the night in Las Vegas, the city of gambling, he stayed with Argentina’s first friendly ahead of the Tokyo Olympics.

Was the Argentinian debut in preparation for Japan, after 13 days of pure training. “We did quite well to be a first friendly. The important thing was to play and keep looking for identity, the rhythm of the game. We are at 50%. We had a good pace, a decent defense against one of the best in the world. It was a 6-point game, “coach Sergio Hernández told him. to the CAB post game site.

The best of Australia 87-Argentina 84, the first friendly of El Alma heading to Tokyo 2020

The first starting quintet was constituted by Facundo Campazzo, Luca Vildoza, Gabriel Deck, Luis Scola and Francisco Cáffaro, although it was a full rotation day (except for Lautaro Berra and Tayavek Gallizzi). Argentina took the first two quarters (21-20 and 26-22) to reach halftime at Michelob Ultra Arena 47-42. Australia adjusted things in the third (20-12) to reach a very close finish where, despite Facu, Luifa and the good contribution of Garino, they could do nothing with Mills.

It is worth highlighting in El Alma the 25 points (with 4-9 in triples even) and eight rebounds from Scola, Campazzo’s 12 units and five assists, and Delia’s 6 points and nine rebounds. In addition, he was added thanks to three points from Deck, 11 from Vildoza, eight from Laprovíttola, six from Brussino and Bolmaro, four from Garino, one from Fjellerup and two from JP Vaulet.

In the oceanic, the executioner Mills contributed 17 units and five assists, seconded by Joe Ingles (16 points) and Matisse Thybulle (15).

The Dream Team lost to Nigeria!

The United States basketball team, three-time current Olympic champion, suffered a surprise defeat in Las Vegas against his pair of Nigeria, who beat him 90-87, in another friendly preparation for Tokyo 2020.

The African team enjoyed enormous potential from beyond the 6.75 meter zone, to the point of having made 20 3-pointers. The self-styled Green Tigers, led by DT Mike Brown (former DT of Cleveland Cavaliers, Los Angeles Lakers and Indiana Pacers, among other NBA franchises), had a superlative work by Gabe Vincent (Miami Heat), responsible for 21 units (6- 8 in triples). There were also outstanding works by Caleb Agada (Hapoel Beer Sheva, Israel), with 17 goals, and Ikechukwu Nwamu (BC Samara, Russia), with 13, respectively.

On the North American quintet, which lost a preparation duel for the first time since 1992, forward Kevin Durant (Brooklyn Nets) had 17 points, while Jayson Tatum (Boston Celtics) contributed 15. “We thought Nigeria was going to play us very physical. But they did a great job and paid off on 3-pointers. Let’s give him credit because they played very well, “said the coach of the American team Gregg Popovich (San Antonio Spurs).

The American team left a 39-game unbeaten streak, which includes the previous three Olympic cycles (Beijing 2008, London 2012 and Rio de Janeiro 2016), in which they achieved the respective gold medals at stake.

The United States, which will be Argentina’s rival in another preparation test this Tuesday the 13th, also in Las Vegas, will integrate zone A of the Olympic event in Tokyo, facing as rivals France (Sunday 25), Iran (Wednesday 28) and Czech Republic (Saturday 31).

For its part, Nigeria will compete in group B and will face Australia (Sunday 25), Germany (Wednesday 28) and Italy (Saturday 31). All matches will take place at the Saitama Super Arena.

The best of Australia 87-Argentina 84, the first friendly of El Alma heading to Tokyo 2020