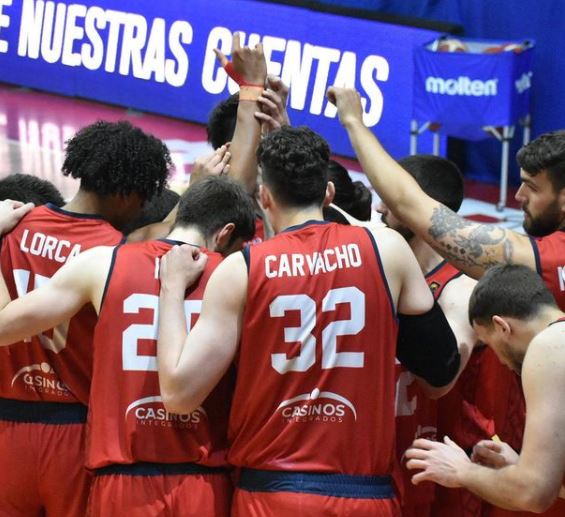 One of the great figures of Chilean basketball, Nicolás Carvacho, made a great leap in his career after signing for S.Oliver Baskets Wuerzburg from Germany, one of the strongest leagues in Europe.

Important jump for the national athlete after a great initial season at Rilski Sportist, where he won the Bulgarian Cup and was considered the MVP of the tournament. In addition, he was runner-up in the Bulgarian league.

Carvacho heard the news in Chile, where he participated with the “Red Basketball” in the Pre-Qualifier for the 2023 World Cup. The power forward spoke with ADN TOP KIA and acknowledged his transfer to the German league.

“I am very excited to start this new journey in my career.. It is a great league, one of the top in the world. I am focused on becoming more demanding, on being available to grow there, represent Chile and continue to improve as a player and as a person. And help Chile to achieve high goals ”, assured Carvacho.

During the concentration in Santiago, he was able to find out the level of German basketball with one who already plays there: Sebastián Herrera, who plays for Oldenburg.

“I spoke to Seba a few days ago, because I was talking to a couple of teams in the German league, and then this club decided to make me an offer. So I told him that I had signed, that I was happy, and that we would play together there in the same country, being in the same league. But yeah, I’m very excited about this, of course. I would love to continue with the successes, as it has already been in Bulgaria. That is my goal and for that I am going to work ”, said the national team.

Already with a little more calm after achieving the three possible victories in the Pre Qualifier which was played at the Training Center, Nico Carvacho appreciated the opportunity to defend the national jersey.

“It is always an honor to come and represent Chile, my family, my last name, my country. I know people are very proud of the team. And I also. These are great moments for me, being here with the whole team. It had been a long time for us all to be here. It’s very good to have them all, to play, “said” Big Chile “, as they called him in college basketball in the United States.

“Unfortunately I was only able to play a little in the first game, but I was always on the side of the court, in the locker room, in the hotel, supporting everyone. It was a good morning and games ”, acknowledged the 24-year-old athlete.

Now, Carvacho and his teammates are waiting for the group draw for the next phase of the qualifying process in which the Basketball Association will seek to qualify for the 2023 World Cup.

“Yes, the next step will be very challenging. We don’t know yet which rivals are coming now, but we have to work for that. But whatever it is, I’m excited, because we will play against the best teams in the world, at a high level, and that will give us more experience, it will help us grow as a team. And it’s going to put Chile on the basketball map. And that’s exciting ”, he closed.