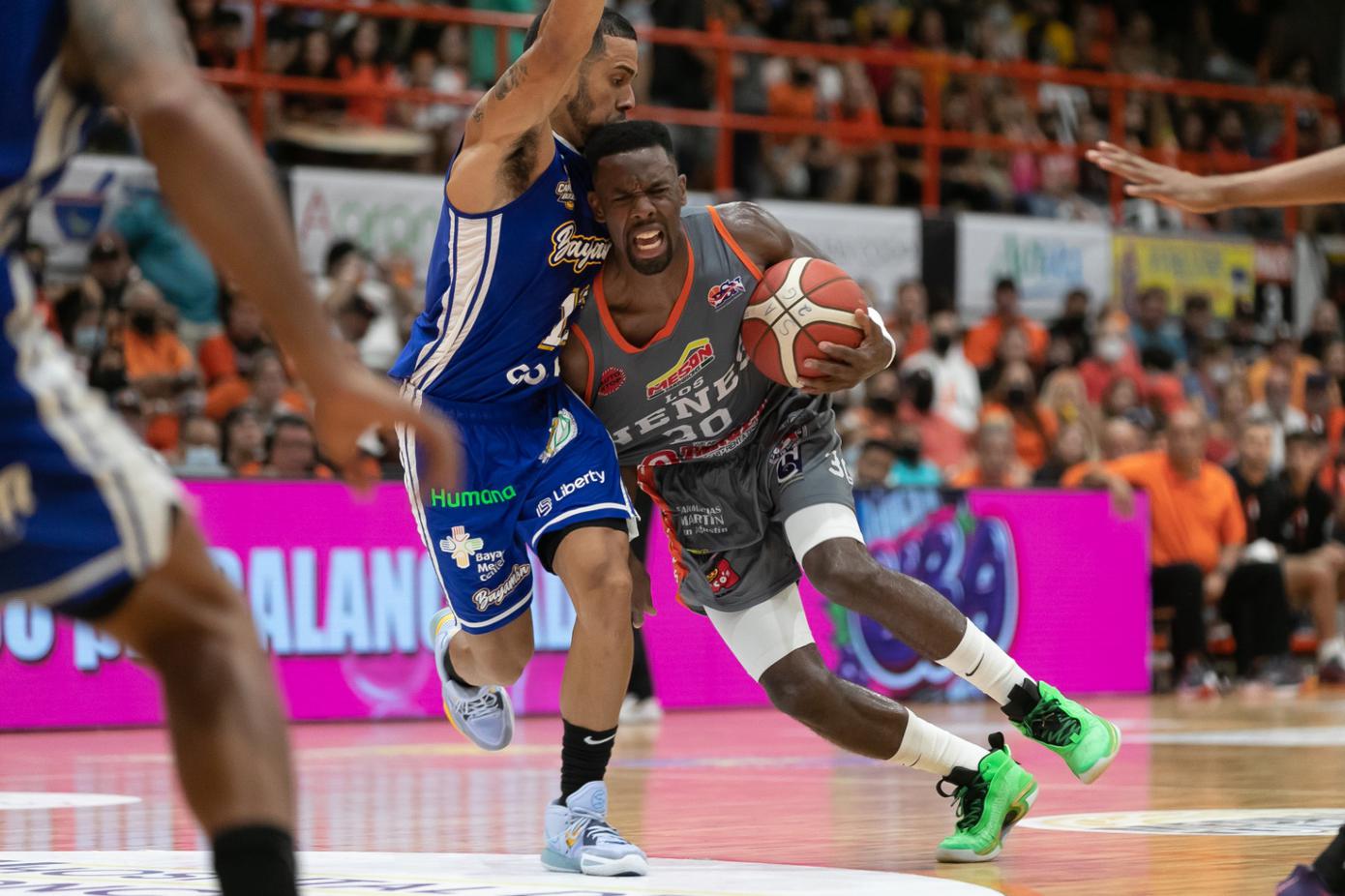 Norris Cole, reinforcement of the Athletics, attacks the basket against Angel Rodríguez, of the Cowboys, during the second game of the BSN final in San Germán. (Jorge A. Ramirez Portela)

San German. The improvement in their aim that they expected did not come, but not even a bad start could with the Atléticos de San Germán on Wednesday.

After missing his first 10 attempts of the match and finding himself with only seven points in the first quarter, the Orange Monster reacted in the second quarter to catch the Bayamón Cowboys and overtake them in the third quarter heading for an 86-79 victory in the second match of the Baloncesto Superior Nacional (BSN) final series.

With the support of an Arquelio Torres Ramírez stadium that was already full before 6:00 pm with the public that began to enter, the Atléticos recovered from a first period to be forgotten and reacted to level the BSN final at a side win.

It was the Cowboys’ first postseason loss. The Bayamo team swept consecutive series against the Piratas de Quebradillas and the Leones de Ponce in the previous two rounds.

The third meeting will take place on Friday at the Rubén Rodríguez de Bayamón.

Led by play in the paint from Rondae Hollis Jefferson, who appeared to be absent in the first half, in combination with Jorge Bryan Diaz and Norris Cole, the A’s won the third quarter 22-17 and took a 60-55 lead entering the fourth period heading for victory.

Hollis Jefferson finished the game with 25 points, 17 rebounds and 17 assists for the winners.

The first half ended tied 38-38 in a surprising advance by the people of San Germán.

The first quarter was a period of terror for the locals, who missed their first 10 attempts at the basket while the Cowboys combined Jacob Wiley in the paint and Javier Mojica’s baskets from distance. No shot entered: no güiras, no triples or anything.

With about four minutes played, Casiano called a timeout when his team was already down 8-0.

A tight defense by the visitors did not help the inoffensive Athletics, who missed shot after shot. The offense of the orange in the first period was a triple and two free throws by Norris Cole, plus a shot by Onzie Branch. After just 10 minutes, they were already down 23-7.

But as it has been throughout the postseason, the orange ones took what was necessary to come from behind and little by little get closer on the scoreboard. On this occasion, triples by Eric Ayala and Cole were the ones that put the locals back in the game. Subtracting 5:21 from the half, the match was already 29-16.