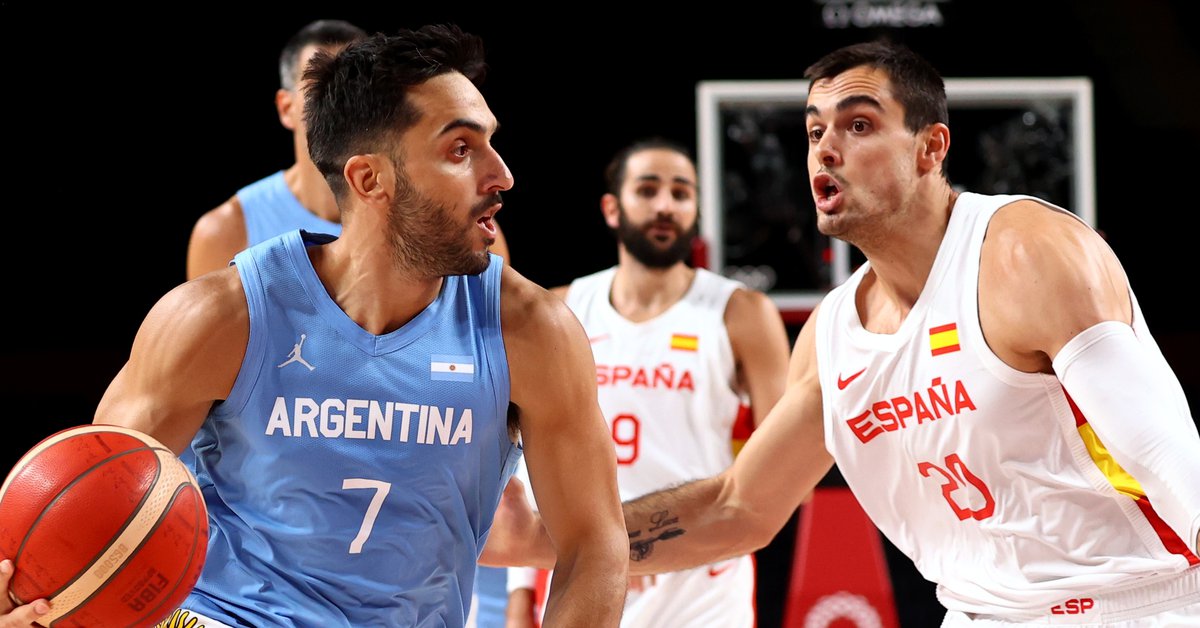 The Argentine basketball team arrived at the Tokyo 2020 Olympic Games as one of the main contenders, after its very good feelings at the 2019 China World Cup and the title at the Lima Pan American Games. However, the meager debut against Slovenia complicated the outlook for those led by Sergio Hernández. For this reason, what happens in the Saitama Super Arena with with the set albiceleste against Spain, brand new world champion.

The national team, which jumped onto the pitch with a five made up of Facundo Campazzo, Nicolás Laprovittola, Patricio Garino, Luis Scola and Marcos Delía, had a furious 7-0 start with the brand new Barcelona reinforcement as a great prop (the first room with 10 units).

Although Sergio Scariolo’s men managed to react, and even go ahead on the scoreboard, Oveja Hernández’s men improved on defense and with some flashes from Campazzo they managed to close the first quarter with a 25-20 run.

Facundo Campazzo, one of the figures of Argentina (REUTERS / Brian Snyder)

In the second quarter, between the bad decisions in attack (in several situations he was drowned by the possession clock), added to the absence of Luis Scola in defense in the first minutes, the Red took advantage of the opportunities to turn the scoreboard and leave at halftime by 40 to 34.

It is worth noting that the first two of each group and the two best third parties advance to the next round of the tournament. In the first turn, Slovenia defeated Japan 116-81.

Argentina suffered the historic performance of Luka Doncic and fell to Slovenia in its premiere in Tokyo 2020
Poker and vodka: Luka Doncic and Slovenia’s party after beating Argentina that generated controversy at the Olympic Games
“Sorry if I made you feel bad”: the exemplary gesture of Luis Scola with a journalist after his answers in an interview