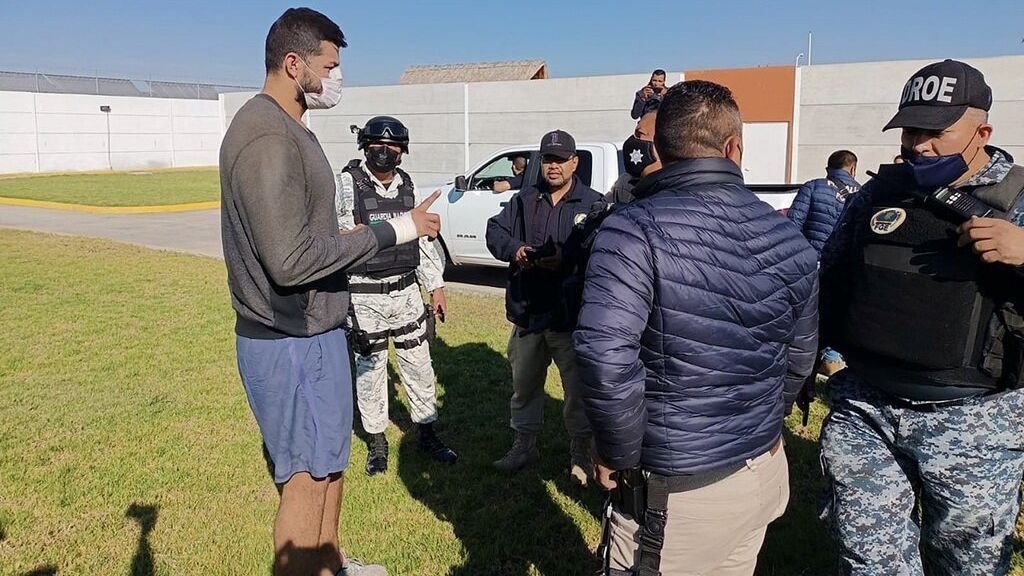 Alexis Cervantes was abandoned and tied to a tree, on a dirt road that connects towns in Michoacán and Jalisco, Mexico

Alexis Cervantes, the Mexican professional basketball player who was kidnapped by an armed group on December 21, was released this Wednesday in a rural area of ​​the western state of Michoacán., along with a taxi driver he had hired to take him to the state of Jalisco.

Alfredo Ramírez Bedolla, governor of Michoacán, confirmed that Cervantes, who in 2021 played for the Libertadores de Querétaro team in the National Professional Basketball League of Mexico (LNBP), was found this Wednesday morning with the taxi driver Marcos Sandoval Julián.

The State Attorney General’s Office (FGE) specified that the athlete and the taxi driver were abandoned and tied to a tree, on a dirt road that connects the town of San Pedro. with the head -main locality- of the Michoacan municipality of Venustiano Carranza, adjacent to the State of Jalisco.

Both have injuries from blows, for which reason they were transferred to the city of Morelia in an FGE helicopter., capital of Michoacán, to attend to his health and expand the investigations.

Alexis Cervantes was in Michoacán after being hired by amateur basketball teams in the Michoacan municipalities of Tancítaro and Los Reyes, a recurring practice in Mexico when the LNBP is in recess.

The basketball player’s kidnapping occurred on December 21, after he contacted his family to inform them that he was traveling from Los Reyes to Guadalajara in a taxi, Jalisco, where he would transfer to go to his hometown of Guasave, in the state of Sinaloa, in northwestern Mexico.

The investigations of the FGE reveal that Cervantes and the taxi driver were kidnapped on the road section that connects the Michoacan municipality of Vista Hermosa – near Venustiano Carranza – with the Jalisco city of La Barca, although it was until December 25 when relatives made public their request for help in locating the basketball player.

Alexis Cervantes plays as a pivot and has worn the shirts of the Abejas de León, Correcaminos UAT and Libertadores de Querétaro teams, all of the LNBP, the main Mexican professional tournament.

The basketball player has also played for Frailes de Guasave, Mineros de Caborca ​​and Gigantes de Jalisco, of the Pacific Coast Basketball Circuit (Cibacopa), one of the northwest and west of Mexico.

Recently, Alexis Cervantes played for Liebres de Guasave, in the Pacific Basketball Circuit (Cibapac), a league in development that uses professional talent when the LNBP teams – to which Libertadores de Querétaro belongs – are on hiatus.

Criminal organizations calling themselves the Los Reyes Cartel, La Nueva Familia Michoacana, the Jalisco Nueva Generación Cartel (CJNG) and the Los Caballeros Templarios Cartel operate in the border area of ​​Michoacán and Jalisco, which dispute the control of illicit activities.