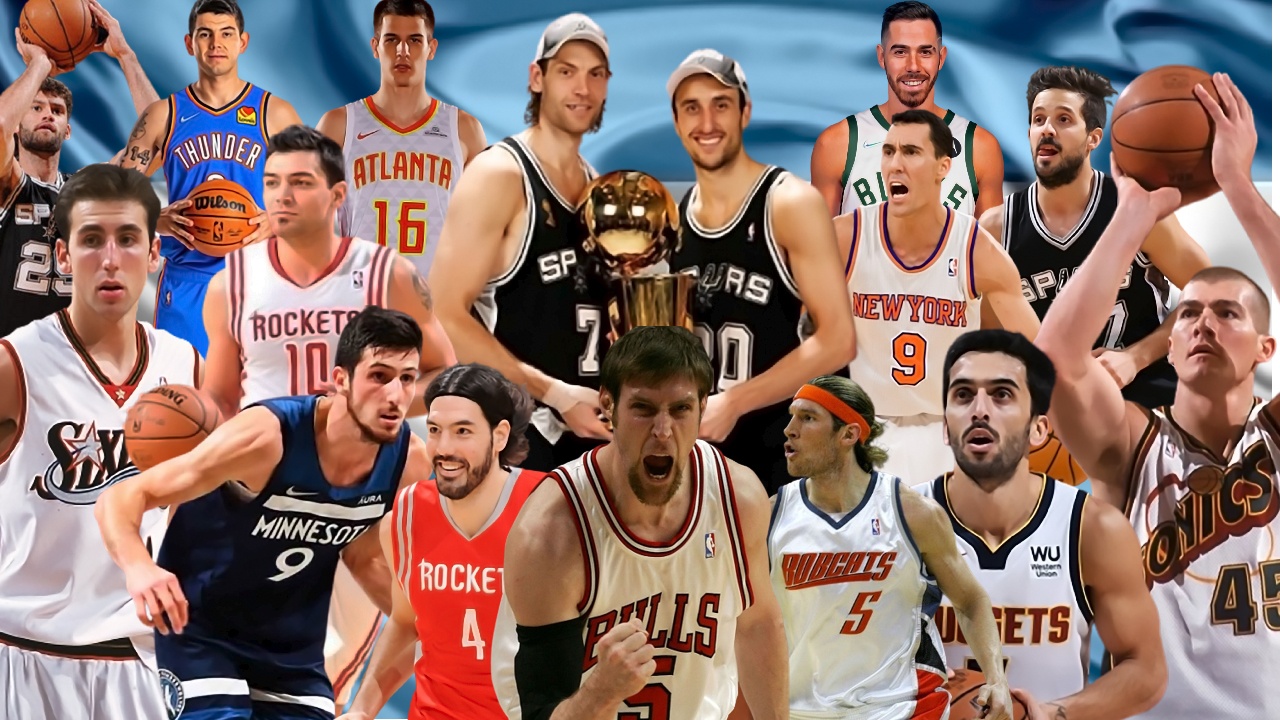 The list of Argentines in the NBA continues to grow, there are already 16 players in the most important basketball league in the world

October 31, 2000 was a glorious year for Argentine basketball. The point guard, born in Bahía Blanca, had his dream debut in the NBA, after demonstrating a high level in the NCAA with Temple Owls where he played from 1996 to 2000. In this way, he debuted in Philadelphia 76ers and became the first of the Argentines in the NBA.

The story of Pepe Sánchez, the first Argentine to debut in the #NBA 🇦🇷👏

On his birthday, a talk in which he reviews his career in #NBAhis debut at MSG and his experience in the league 🏀😍 pic.twitter.com/gvHHwDHAnV

In its first season, divided between philadelphia Y Atlanta Hawks he played 29 games, averaging 5.2 minutes per game. In addition, he averaged 0.7 points, 1.4 assists and 0.7 rebounds. 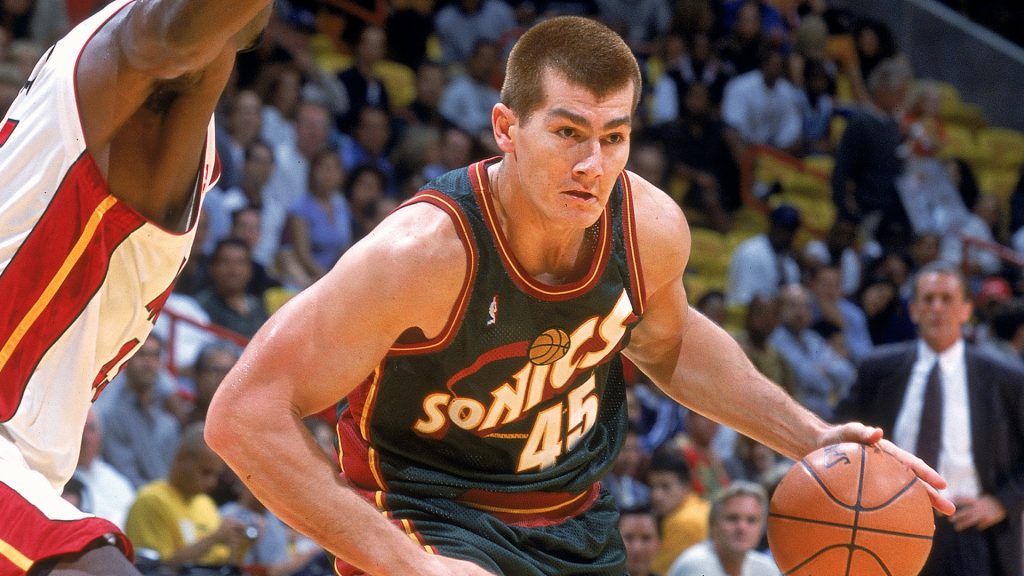 The “colo” debuted the same day as Sanchezbut a few minutes later and with the shirt of Seattle SuperSonics. Born in Chaco, he is one of the few Argentine players to reach the NBA directly from the National League. From Students of Olavarría to Seattle. Without scales. In 34 games he averaged 2.2 points, 0.1 assists and 1.4 rebounds.

In his second year at the NBA, played for the Celtics, where he only participated in 7 games with an average of 3.4 minutes on the court.

Manu Ginóbili and his path to the Hall of Fame 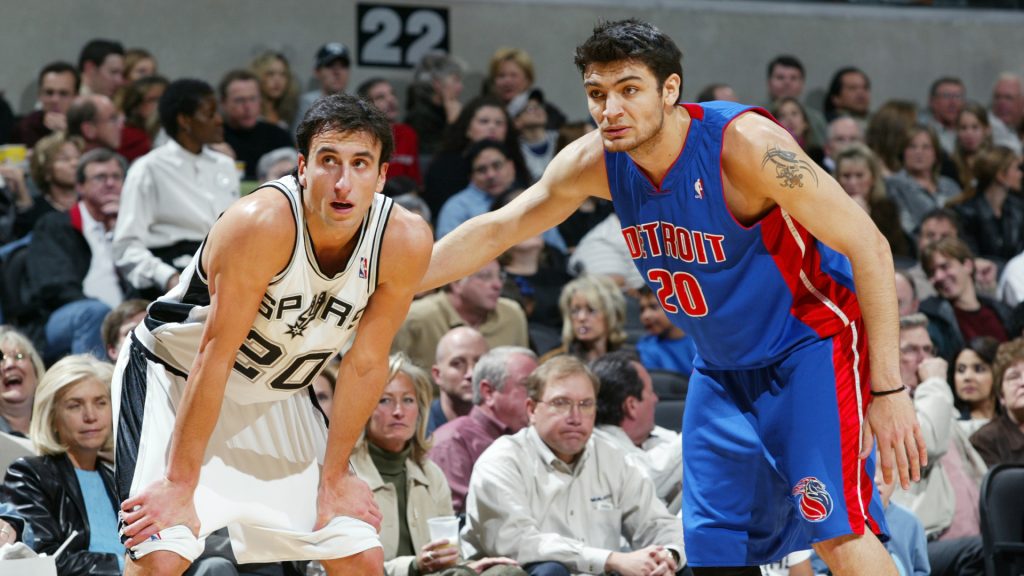 In 2003 he was drafted in the 25th position by detroit pistons, while playing in the Viola Reggio Calabria. A year later he came to the Detroit, where he played the 2004-2007 seasons. In those years he participated in 180 games and averaged 14.23 minutes.

After passing through the Pistons, had a season pass Toronto Raptors. In this step, he fulfilled a secondary role. He averaged 23.5 minutes in 82 games; 9 points, 4.4 rebounds and 1.8 assists.

milwaukee bucks It was the franchise where he stood out the most, being the starting forward. In 3 years he played 178 games with an average of 34.43 minutes on the court. With the “Bucks” he reached his highest score, on two occasions: 30 points against New York Knicks and the same amount against Sacramento Kings.

His last season in the NBA was with Houston Rockets. He showed a good level coming off the bench. The team made it to the PlayOffs. In the fourth match against Oklahoma City Thunder suffered an injury to his right foot after this historic dunk against Kevin Durant.

This injury marked his end in the NBA, since it kept him off the court for three years. 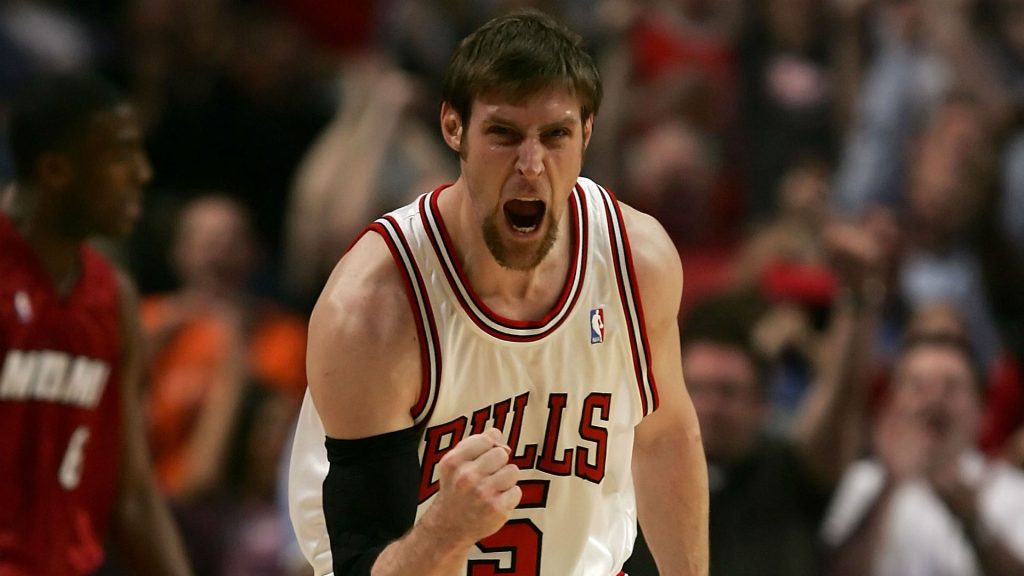 The “chapu” Notions He is the third Argentine with the most games played in the NBA with a total of 514, spread over the 2004-2012 season. In 2004 he debuted with chicago bulls with a 106-111 loss to Brooklyn Nets. He managed to be a beloved player in the house of big names like Michael JordanScottie Pippen either Dennis Rodman.

After his successful stint with the «Bulls» he was transferred to Sacramento Kings and two years later to Philadelphia 76ers. 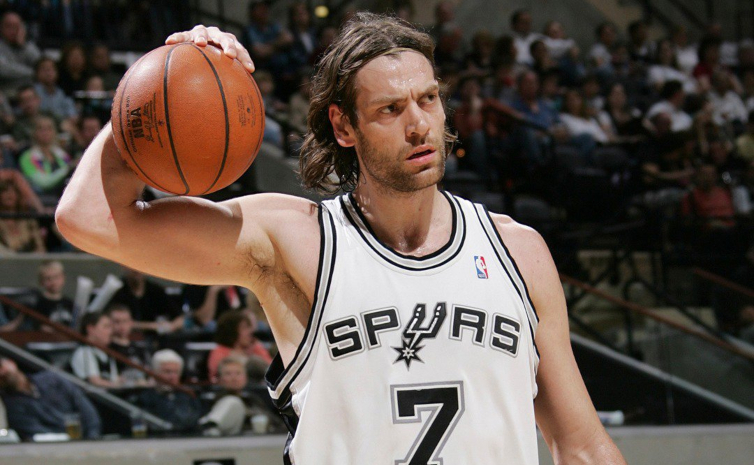 open is one of the Argentines who got a ring of NBA, the other is Manu Ginobili. The Cordovan made his debut with San Antonio Spurs on November 1, 2005. It was a 102-91 victory against Denver Nuggets. He spent four seasons with this shirt. In 2006-2007 he won the title 4-0 against the “Cavaliers” from Lebron James.

At the end of your contract with the «Spurs», continued his career in washington wizards, where he only played 57 games and averaged 11.4 minutes.

His final in the NBA was with the jersey of Portland Trail Blazers. He only participated in five games due to an abrupt heart problem that did not allow him to continue. 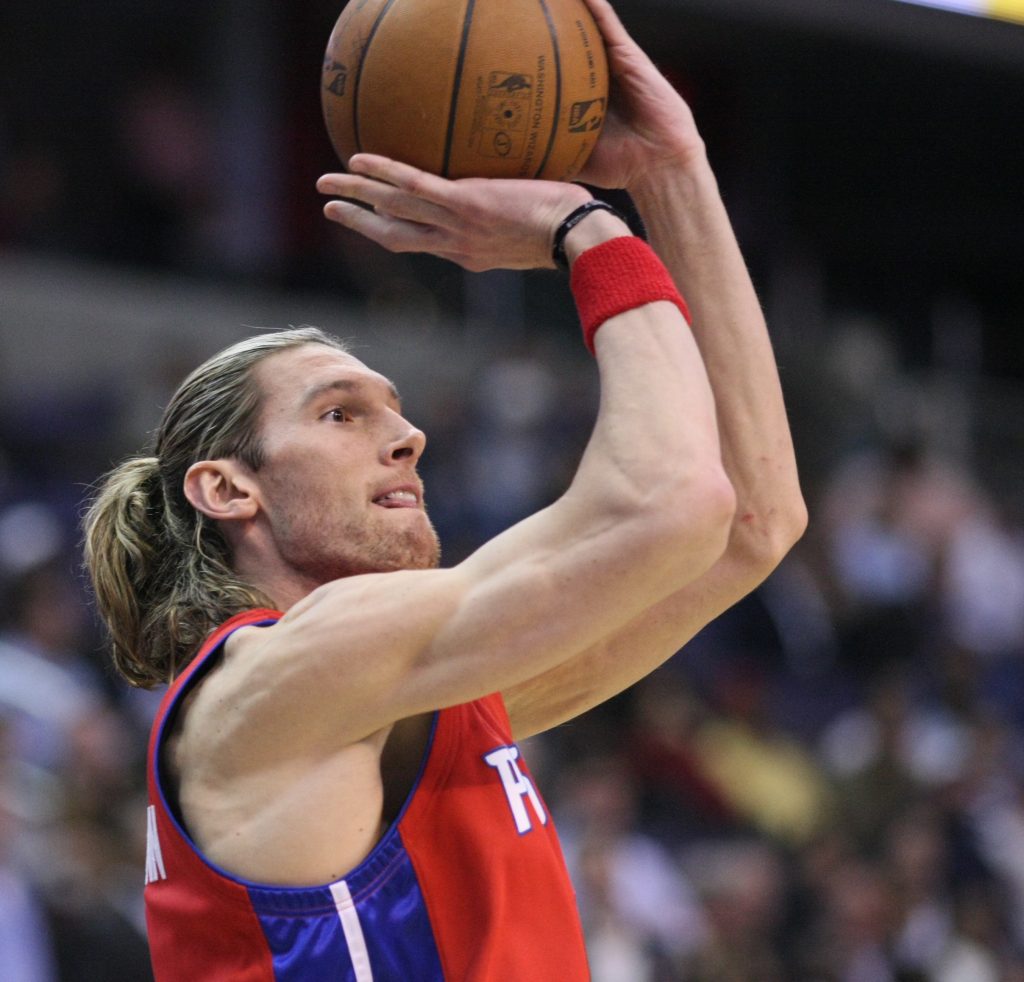 He had his debut with today Charlotte Hornets, at that time known as the Bobcats. His first match was on November 10, 2006 with a loss to Seattle supersonic. The initial season was the best in his career as NBA. He played 48 games, 9.2 points, 2.9 rebounds, 0.5 assists and an average of 19.5 minutes per game. On December 14, 2007 he was transferred to detroit pistons, where he was part of the 2008-2009 season. 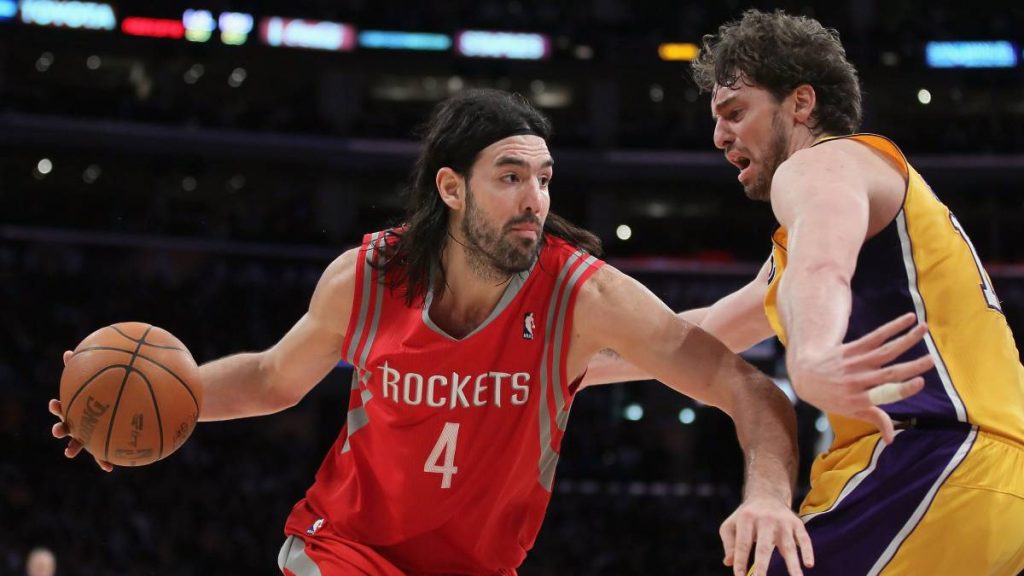 Luifa was drafted in 2002 by Saint Anthony spurs, but due to economic issues he could never reach this team. Five years later, Houston Rockets opened its doors to him. The same number of years were those who played with that shirt. 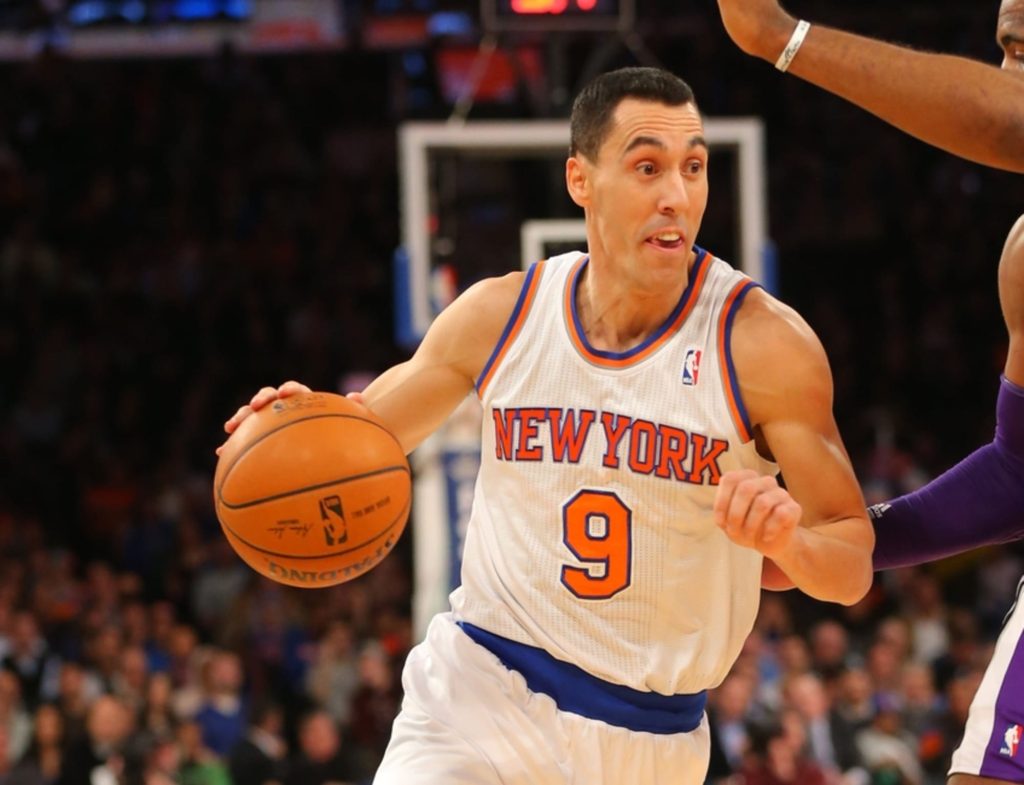 Prigioni is one of the most recognized point guards in Argentina. arrived at the NBA on November 2, 2012, at the age of 35 years, 5 months and 13 days. In this way he became oldest rookie in history.

The base debuted in New York Knicks with a 104-84 victory against Miami Heat. He was then transferred for a short period to Houston Rockets and finally, he closed his time in the NBA playing one year for Los Angeles Clippers.

Once out of the activity as a professional player, the Cordovan, joined brooklyn Nets as an assistant technician, a position he currently occupies in Minnesota Timberwolves.

New generation of Argentines in the NBA

The most representative of this generation is Facundo Campazzo who currently works at Denver Nuggets. The other players are:

Argentines in the NBA – AG Sports