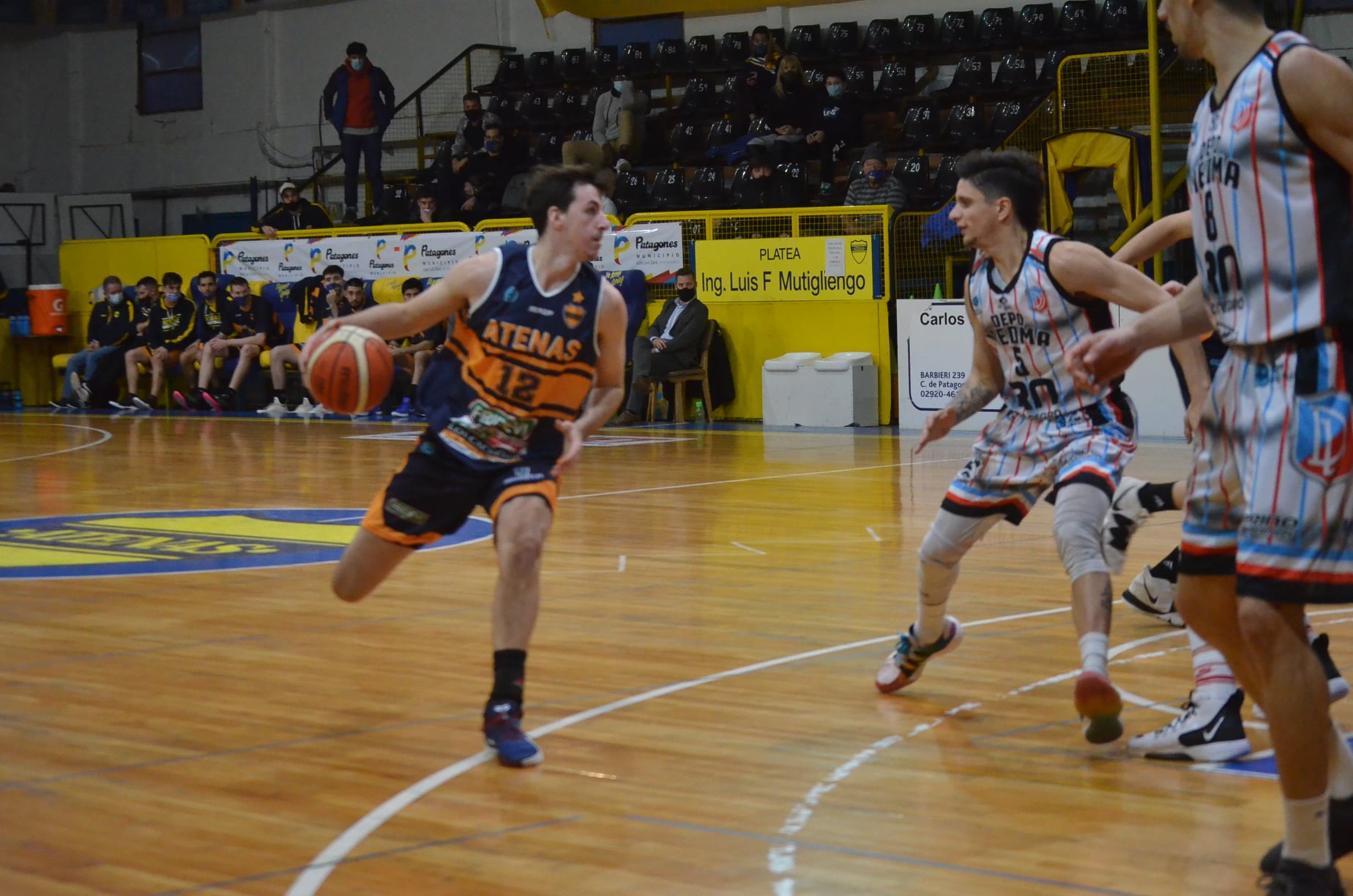 After a first half as even as today in the classic of the Viedma-Patagones region, there was no indication that either of them was going to gain such an advantage in the third quarter.

Atenas became strong at home and defeated Deportivo 79-66 for the Argentine Basketball League showing a great level and with a partial 24-8 in the mentioned section that was decisive.

Those led by Leonardo Hiriart, who arrived in the last break, showed the improvement in their game and in spirit, because they had a lot of character to impose themselves with authority before the leader of the Southern Conference.

The scoring at the end of the first half showed the parity, because the 32-32 before the long break was a reflection of what happened on the court.

With an impeccable defense individually and collectively, Atenas left Viedma in just 8 points, with a single field goal in the third quarter. Genaro Lorio (28), Federico Giarraffa (17) and Martín Percaz (14) they commanded the offense, in a team that passed the ball well and finished with 18 assists against 8 of the rival.

Deportivo could not find the return to the rival defense and when they wanted to remember it was too late. In the last quarter, Athens came to win by 24 and at the end Viedma concealed the difference by the 13 by Matías Eidintas and the 11 by Juan Cruz Marini.

El Griego (record 9-11), ranks tenth and the rise continues since the DT arrived plus the returns of Hernán Etchepare and Giarraffa. For Athens it meant the fourth consecutive victory, adding the three to the thread that he had achieved last week at the Lanús headquarters.

Viedma is still leaderr (record 15-5), although today’s defeat is painful because it is the classic.