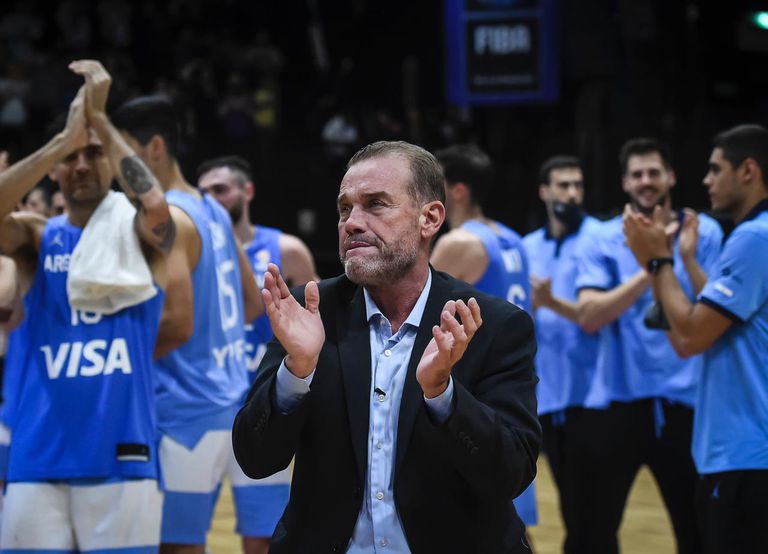 A scenario of uncertainty, which may well be translated into an opportunity map. Although it is impossible not to dwell on issues that have to do with expectation. The Argentine basketballAfter 25 years, it is facing a deep and concrete renovation. There is nothing left of the golden age. Not one iota of Generation more successful. Everything under construction: “new” leaders, a different coach, a team with well-known actors, with a clear DNA, although without the history of those who consolidated that identity. Therefore, 2022 will be a year in which a few Xs will begin to clear.

While the management of Fabian Borro At the head of the Argentine Confederation he began at the end of 2019, only in September 2021 he was able to implement his plan. That is, with the departure of Sergio Hernández as coach and the dismissal of Luis Scola from the team (one of Borro’s main detractors), the president of the CAB managed to designate the driver he had wanted since he took control: Néstor García. The first to break with the Golden Generation line of succession (Magnano, Lamas and Hernández led the team for a quarter of a century).

The choice of a coach is all a message and a bet. Even the gaze on this new process will be more jealous than ever, because the Che garcia is under the orbit of Borro, a president who does not have the full backing of the Golden Generation, not most of the players who were runners-up in the world in China. They will support the process, although they were direct when it came to giving their opinion and expressed in favor of prolonging Hernández’s term. Everyone played their chips and everyone knows they have a complex business ahead of them.

Che García in an interview with LA NACION, did not avoid the issue and made it clear that he feels that the bullets of this matter did not reach him: “I have a relationship for years with Fabián [Borro]but we never work together. I have a great relationship on a human level. Even when I had a major accident in Saudi Arabia (N. de la R .: suffered a fractured vertebra in a jet-ski accident), he always called me. My relationship with him was always personal, not professional. I heard the problems that there have been within the national team because I am in this environment, but I have nothing to do with it. I can define that I have a very pure relationship with everyone. With several of the Golden Generation, of the League, with some leaders. Perhaps the fact of having been outside has allowed me not to hit the bullets either from above or below. I have a pure feeling and I don’t judge anything. It is true that I hear things, that I read statements, but I am not on that stage. I am here to multiply and I know that there are going to be many people who are going to support us. A Mexican assistant that I had always told me: “It’s not my department” (it’s not my area) ”.

The final departure of the Golden Generation of the selected team draws a new map for Argentine basketball. Although in the last window of the qualifying rounds Néstor García summoned Carlos Delfino for the matches with Paraguay, his management will have a more intense task which is to be able to sustain a method, with players trained in other processes, with a Confederation that is not going through its best economic moment and a route to the next World Cup in 2023 that will be developed jointly between the Philippines, Japan and Indonesia, in which it will not be able to count on its best elements for organizational reasons. The NBA and the Euroleague do not stop their competitions when the FIBA ​​knockout windows are played.

In this context and in the process of “seduction” by the new coach, there is a clear message and an intelligent action: “I am going to adapt to what the team has. This is a totally new cycle, for a number of reasons. How is the departure of Luis [Scola] and the question of what would happen when there are no players of the Golden Generation on the court. And I say on the field, because the Golden Generation will always be there, like their coaches, because the national team is not allowed. This cycle brings information to which I am going to adapt, because it is very valuable, respected and proven. Then there are the things that I can add to it, but I believe in complementary existence because I feel that it improves you as a group. Now we have different combinations: we have players in the League who know the regional competition, we have men in the NBA and in Europe. That is very valuable. I am talking to them and I ask them what things they have installed and we are going to respect them ”, said Che.

It is so uncertain what can happen with this team, that projecting objectives and results is practically impossible. Although the group has Facundo Campazzo, Nicolás Laprovittola, Gabriel Deck, Leandro Bolmaro, Marcos Delía, Luca Vildoza, a perfect mix between consolidation and expanding talent, believing that the world runner-up stamp is enough, would be to go wrong. What happened to the team at the Tokyo Olympics, which was far from its best version, turned out to be a bath of reality that allows us to understand what is being said about the change in direction of Argentine basketball. “In one of the first post-Tokyo analyzes that Oveja (Sergio Hernández) makes, he says something similar to this: ‘We are the team that came second in the World Cup in China, but we are not the second team in the world.’ That seems to me the reality. At an international level, when you stay in the elite, it can happen that certain players appear in a tournament and the team works in one way and then it doesn’t happen. Tokyo did not alarm me, it could happen. Slovenia did not play the World Cup and you saw what it did at the Games. And you have to take something into account, the World Cup in China was spectacular, what they did was tremendous, but then the pandemic came and there are many things that influence ”.

The complexity of the work to be done for the future of Argentine basketball, translates into the last call for the knockout games. Of the 17 players selected by Garcia, 14 are in the National League. Although at a quick glance it can be understood as positive that many protagonists have international filming, when one reads in depth, it is noticed that the expenses involved in drawing up a complete list of values ​​that act in Europe are not within the scope of the CAB. “It is not easy to create an effective strategy. We must take into account the pandemic, the denials of the NBA and the Euroleague, the financial complications to transfer players from different places … We know that we are in a country where the moment is not easy. There are many things to contemplate, it is a challenge to be able to sustain everything. You have to have very effective logistics to be able to achieve more or less a DNA with what is coming for this new cycle ”.

More than two decades later, basketball in light blue and white, in 2022 it will take its most important exam. You don’t really know how it will turn out. It has material, although it will be a matter of understanding that now without “gods” to worship. “We may not have a linear idea in how we express ourselves on the field of play for a while. The only thing I can put into words today is that we are going to see a team with a lot of desire, that’s why I put my hands on fire ”. The coach’s reflection is nothing more than a perfect description of what is on the table.