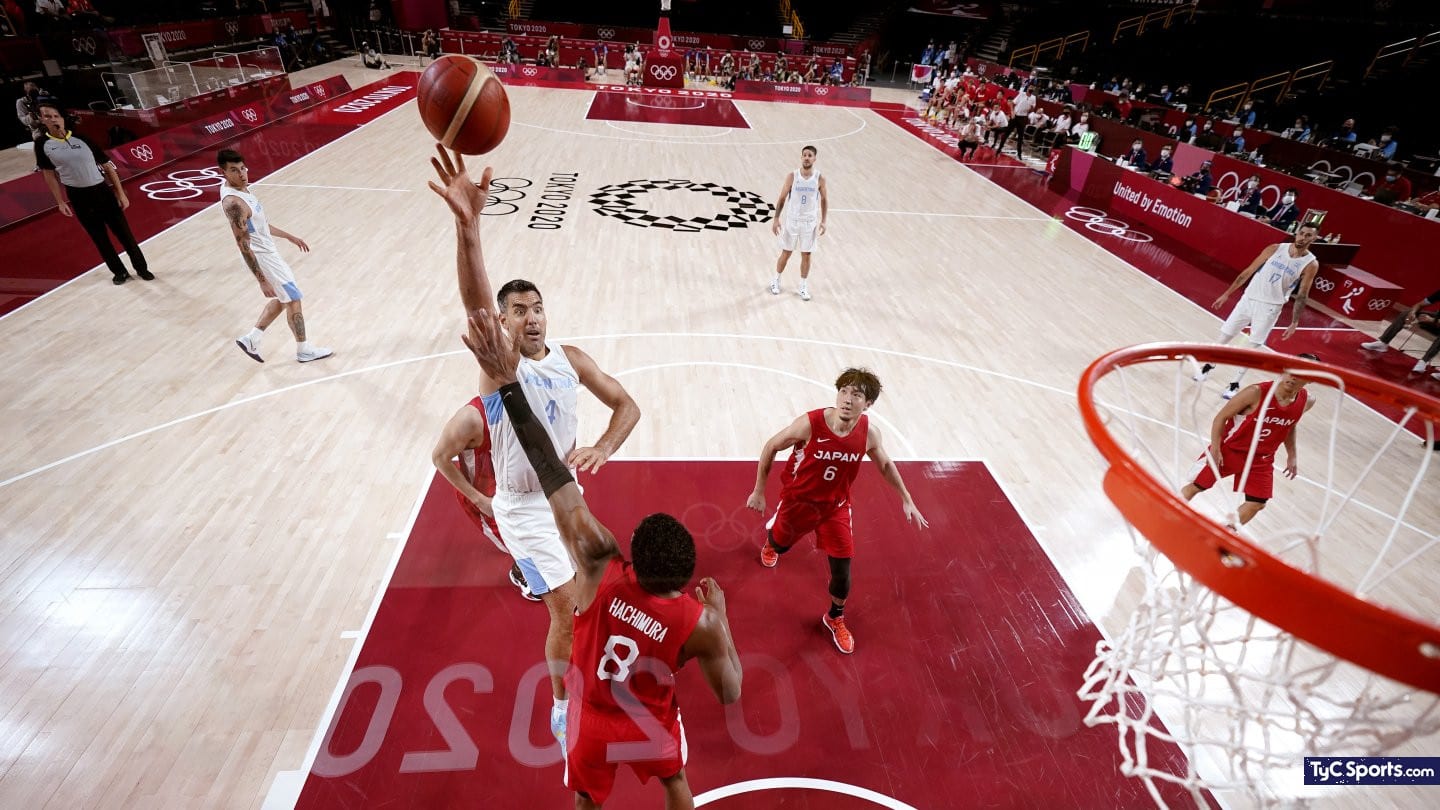 The Oveja Hernández team prevailed from end to end and made it to the next instance with a 97-77 win over the locals. Now, they will face Australia.

The Argentina basketball team won against Japan for 97 to 77 and so on achieved the long-awaited pass to the quarterfinals at the Tokyo 2020 Olympic Games, instance in which he will face Australia.

The team of Sergio Hernandez won the match from end to end, though he went through some scares, especially at the end of the second quarter. There, a maximum difference of 14 points narrowed to just four.

However, thanks to the enormous performances of Luis Scola Y Facundo Campazzo, added to the valuable contributions of Marcos Delía -which sustained the team at the start of the game- and Nicolas Brussino -vital with a pair of triples in the second half-, the national team stayed up on the scoreboard and headed for the victory.

Thus, Scola ended up as the team’s top scorer with 23 points, which he accompanied with ten rebounds to complete the double-double. Campazzo, meanwhile, had an outstanding night with 17 points, 7 rebounds and 11 assists.

Now, Argentina – classified as one of the two best third parties – knows its rival in the next instance: the draw determined that it will be Australia. In case of winning, it will be measured with the winner of the duel between Spain and the United States.

Argentina won and is in the quarterfinals of the Tokyo 2020 Olympic Games!

With a resounding 97-77 victory, the Oveja Hernández team prevailed with authority and achieved the long-awaited pass to the quarterfinals, in which they will face France or Australia.

Watch out! Huge alley-oop from Vildoza to Vaulet

To put a bow to the victory of Argentina with a pass to the quarterfinals included, the players of Sergio Hernández’s team gave a direct play to the best of the tournament. 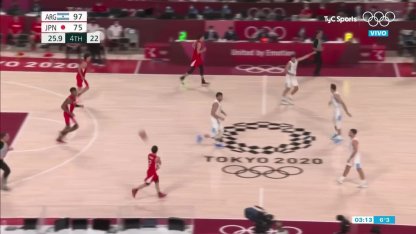 Scola, Campazzo and a masterclass of pick and pop

The Cordovan point guard and the eternal captain combined for an exquisite play that ended with a triple by the 41-year-old player, to put things 73-58 in Argentina’s favor.

Argentina vs. Japan in basketball: Campazzo and Scola play 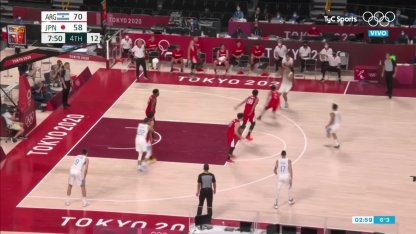 End of the third quarter! Argentina prevails and caresses the quarterfinals in Tokyo 2020

Sergio Hernández’s team prevails 65 to 53 and, for now, gets into the quarterfinals of the Olympic Games.

Brussino dispatched with two triples to turn Argentina on

The Argentine added six points in a row from the line of three, to put things 65 to 53 in favor of the Oveja Hernández team. 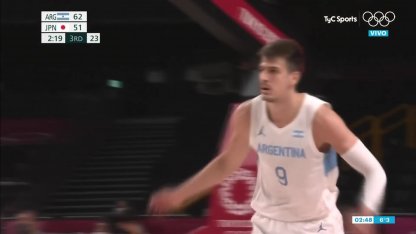 Bomb of Facu for Argentina to distance itself!

The national team prevailed 57-44 in the third quarter thanks to a triple by Campazzo, after a nice assist from Nicolás Laprovittola. After Japan gets closer to four points, Argentina moved away and now the difference is 13 points. 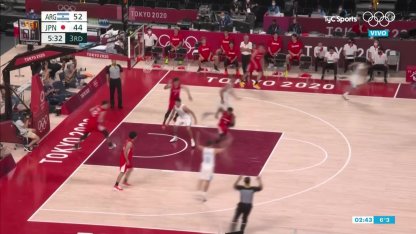 Hachimura woke up and Japan cuddles in the third quarter

The Washington Wizards player first participated in a block to Delía and then capped the play with two points in attack. Thus, Argentina now wins only 48 to 42. 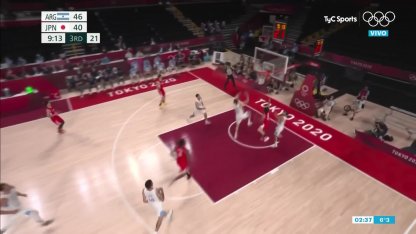 End of the first half! Argentina prevails with authority against Japan

The Oveja Hernández team went to rest with a partial victory of 46 to 38. The national team knew how to have a maximum difference of 14 points but some neglect at the end of the second quarter allowed Julio Lamas’s team to get closer on the scoreboard.

With a bombshell of three, Scola calmed Japan’s push

When Japan tried a tenuous response to Argentine dominance, Luifa scored a triple and things are 36-22 in favor of Sergio Hernández’s team. 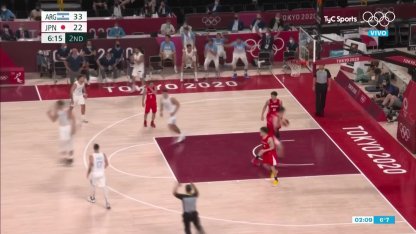 The Japanese cracks, for now in silence

Rui Hachimura and Yuta Watanabe, the two NBA representatives who have Julio Lamas’ squad, have so far been inconsequential. The first, with zero points in five attempts, while the second only scored a double in four attempts.

The one from Colonia Dora ran from behind to Yuki Togashi and drowned the celebration with a tremendous block against the board. 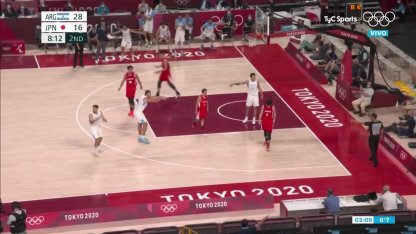 End of the first quarter! Argentina prevails against Japan

Oveja Hernández’s team wins 26 to 16 at the end of the first quarter and is approaching the quarterfinals. Marcos Delía, with 10 points (4/4 from the field), the top scorer for the Argentine team.

“Is it the All-Star Game?”: Oveja Hernández, angered by Argentina’s lack of defense

The Argentine coach approached the players in the time-out and asked for more emphasis on defense with a particular phrase: “Why don’t we defend? I don’t understand … Is it the game of the stars?”

Argentina vs. Japan in basketball: technical talk by Oveja Hernández 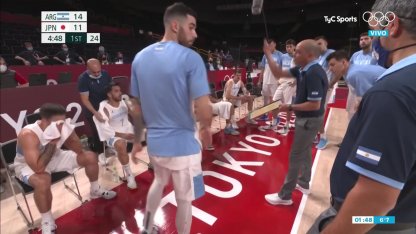 Good start for Argentina, which is ahead on the scoreboard

Nice girdle by Facundo Campazzo for Marcos Delía’s double. For now, Argentina prevails 14-11 against the locals. 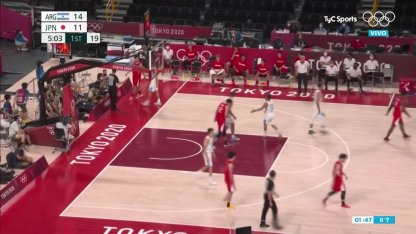 Now playing in Saitama! Argentina and Japan, for a place in the quarterfinals

Oveja Hernández’s team needs a victory to enter the next phase of the basketball tournament at the Tokyo 2020 Olympic Games. I followed all the action live.

Garino warms up and could play against Japan

The forward of the Argentine basketball team suffered an injury in the game against Spain and, although it was believed that he would lose the duel against the locals, he participated in the pre-competitive work before the meeting in Saitama.

Argentina team vs. Japan in basketball, for the Olympic Games: schedule and where to watch live 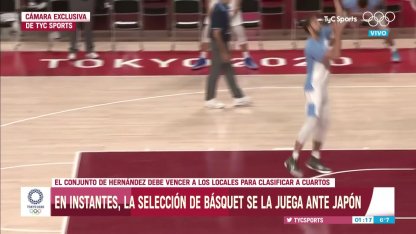 To go to rooms, those led by Sergio Hernandez shall beat the team led by the Argentine Julio Lamas Due to the overwhelming victory of Team USA over the Czech Republic by 119-84, the European team was left with -49 points difference andThe one that prevails between the local and El Alma will be classified as the second best third.