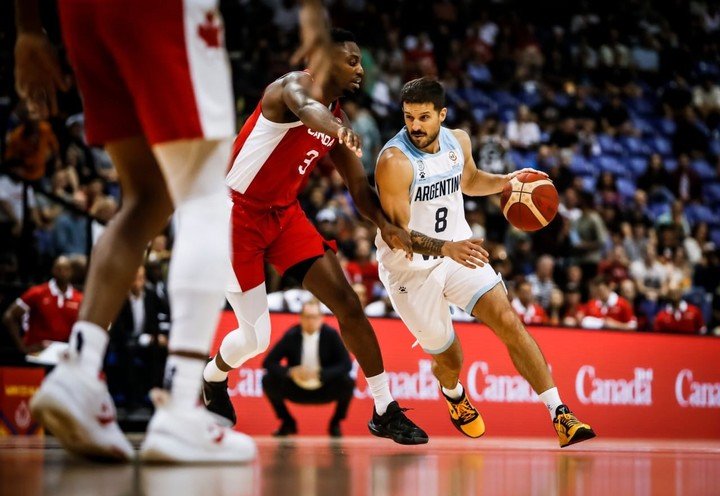 The Argentine basketball team he wants to recover this Monday and find a new triumph that brings him closer to World Cup 2023 when facing Bahamasin Mar del Platafor the second date of the fourth qualifying window of the FIBA ​​Americas Qualifiers.

The match will begin at 9:40 p.m. at the Islas Malvinas sports center in the seaside resort, which will be packed with more than 9,000 people, and will be televised by the TyC Sports signal.

But in addition, Argentina must show better benefits in the components of the so-called ‘second unit’, as Nicholas Brussino (Gran Canaria, Spain), John Paul Vaulet (Baxi Manresa, Spain) or Joseph Vildoza (Flamengo, Brazil), who did not perform as expected in Victoria last Thursday.

Nicolás Laprovittola was one of the high points of Argentina against Canada.

Opposite will be the Bahamas, which fell at home to the Venezuela of Argentine coach Fernando Duró (former Gymnastics of Comodoro Rivadavia) by 86-81.

The other Group E matches scheduled for today will be Venezuela-Dominican Republic (at the Bolivarian Dome in Barquisimeto, at 7:10 p.m. Argentine time) and Panama-Canada (at the Roberto Durán in Panama City, 9:10 p.m.).

Meanwhile, the second day of the fourth qualifying window for zone F will have these commitments: Brazil-Mexico (at the Jaraguá do Sul Arena, 7:30 p.m.); Uruguay-Puerto Rico (at Antel Arena in Montevideo, 20.10) and Colombia-United States (at the Elías Chegwin Coliseum in Barranquilla, 21.40).

After Monday’s game, Argentina will prepare for the next double date in November in which it will undertake a tour of Central America to visit the Dominican Republic (Thursday 10) and the Bahamas (Monday 13).

The last instance will arrive in February of next year with the local matches against Canada (Friday 24) and the Dominican Republic (Monday 27).

The three best selected from group E will directly access the 2023 World Cup, as will the three from group F (United States, Brazil, Puerto Rico, Mexico, Uruguay and Colombia). The seventh and last place on the continent will be for the best fourth between both zones.

With information from Telam.

Argentina vs Bahamas, heading to the 2023 Basketball World Cup: what time is it, where and how to watch it