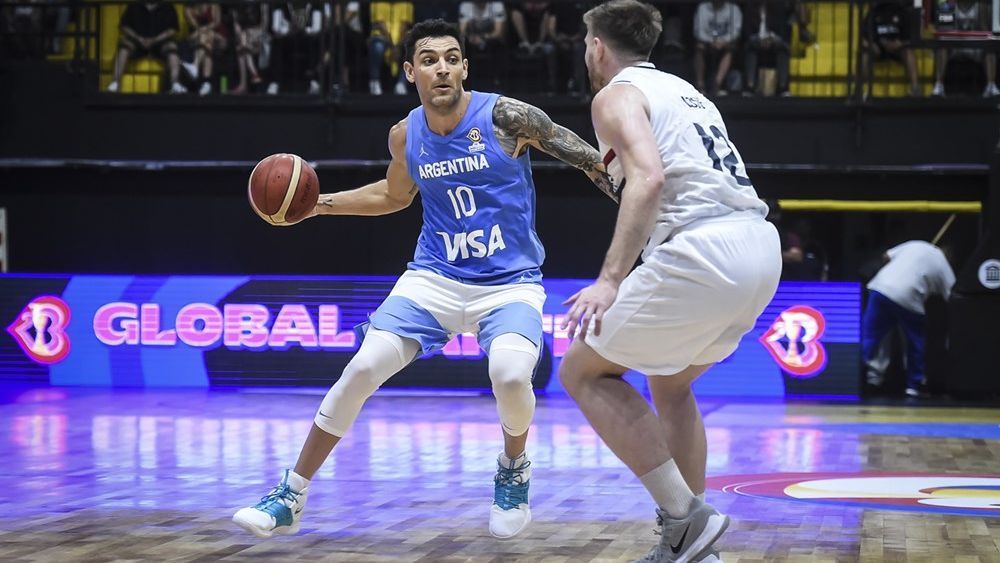 The basketball teams of Argentina, Venezuela, Brazil and Uruguay added two wins in their respective matches in the first window of the World Cup Qualifiers in Japan, the Philippines and Indonesia 2023.

In Group A, the local Argentina beat Paraguay 93-67 on Friday and 82-43 on Saturday in the first two games of Néstor ‘Che’ García as coach of the Argentine national team and with the return of Carlos Delfino after 5 years absent from the team.

In the first game, Delfino -evated by the public that filled the Obras de Buenos Aires Stadium- was the great figure with 21 points and Agustín Barreiro was the asupicious surprise with 17 points and 9 rebounds. In the second game, Nicolás Romano, author of 18 points, 7 rebounds and 2 assists, was decisive, while Delfino collaborated with 12 points, 4 rebounds and 5 assists in a weekend in which the Olympic champion in 2004 lived “a dream, “he said.

Venezuela clearly dominated in the two games against Panama. The team led by Fernando Duró won 77-56 in Friday’s clash, with David Cubillán (14 points) and Pedro Chourio (12) as standouts. In the second game, the victory of the vinotinto was 71-53 with four players who scored in double digits: Pedro Chourio (13), Jhorman Zamora (11), Néstor Colmenares (11) and Garly Sojo (10), while in Panama only Ernesto Oglivie (15) and Michael Hicks (10) achieved that goal.

Brazil had no trouble demonstrating its superiority over Chile. Gustavo De Conti’s team won 77-53 (18 points from Lucas Mariano, 14 from Bruno Caboclo, 12 from Cristiano Felicio and 10 from Vítor Benite) and 81-55 (Lucas Mariano contributed 17 points, 4 rebounds and 4 assists). In Chile, Ignacio Arroyo was the best on Friday with 11 points and 3 assists, while Manuel Suárez stood out on Saturday with 17 points and 8 rebounds. In this way, Brazil was one of the leaders of group B with four points.

Uruguay is also at the top of its zone, as it beat Colombia first 83-75 and then 82-69. The first match saw a spectacular duel between Bruno Fitipaldo (31 points) and Braian Angola (37). Rubén Magnano’s team suffered the expulsion of their top scorer Fitipaldo in the second game, but he overcame thanks to the key contribution of Kiril Wachsmann (11 points and 10 rebounds) and Agustín Ubal (10 points, 6 rebounds and 6 assists). In Colombia Hansel Atencia was the figure of the second fall with 22 points.

The road to the 2023 World Cup in Japan, the Philippines and Indonesia will continue next year with another double match that will take place between February 25 and 28.

Argentina, Uruguay, Brazil and Venezuela, with two wins heading to the 2023 World Cup