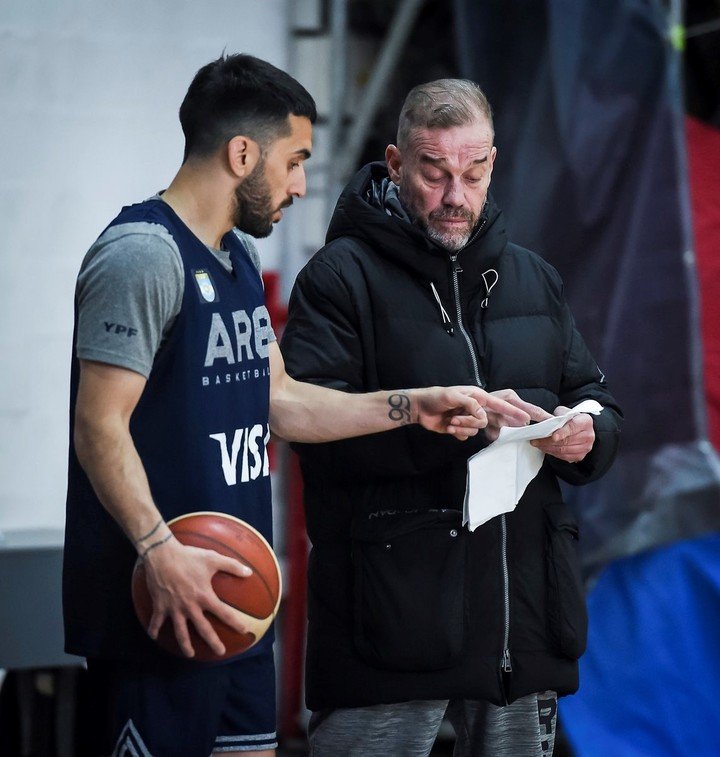 With his head set on qualifying for the next Basketball World Cup 2023 to be played in three countries, in the Philippines, Japan and Indonesiathe Selection arrived in Canada this Tuesday and prepares for the first qualifying match in this fourth window FIBA. Those led by Nestor Che Garcia they will face against an American team with some stars of the NBA.

After the previous preparation that was carried out in Bahía Blanca and the Islas Malvinas Sports Center in Mar del Plata and with the list of the 12 defined, the national delegation traveled from the country to Victoriain two batches and they are already in the host city, where this Thursday they will play the first qualifying game against Canadafrom 23.40 (by TyC Sports) at the Victoria Memorial Arena.

After the trip, the team rested and will now start this Wednesday with the only practice before the game and on Thursday morning he will do a shooting practice. After the meeting on the North American continent, the delegation will return to Mar del Plata, since next Monday 29 will play the second date of this part of the Qualifiers against Bahamas in the sports center. The meeting will be a 9:40 p.m. and will also broadcast TyC Sports.

Marcos Delia and Facundo Campazzo with the new team shirt.

In the previous windows, Argentina finished with a record of five wins and one loss to Venezuela (71 to 58 in Sanitary Works). Now it forms a group of six teams, in addition to Vinotinto (5-1) and Panama (2-4) (Paraguay was eliminated with a 0-6 record) Canada (6-0), Bahamas (2-4) joined and Dominican Republic (4-2). After playing against all the rivals, the three best teams in the group will secure their ticket to the next World Cup.

Unlike the last window, where Argentina completed its last game with an 88-77 victory against Panama, Francisco Cáffaro will not be present, but there will be some interesting additions. The base of Barcelona, Nicholas Laprovittola will return to the team as gabriel deck. Luca Vildoza will not be in this window since he stayed training with Milwaukee Bucks in search of a place in the NBA first team.

Canada coach Nick Nurse, also in charge of the NBA’s Toronto Raptors, nominated 20 players for the window, the vast majority of members of the most powerful basketball in the world in the United States. Inclusive, one of them is the base jamal murraypartner of Cordoba Facundo Campazzo in the Denver Nuggets.

Jamal Murray, the point guard of the Denver Nuggets and partner of Facundo Campazzo. He recovered from a torn cruciate ligament in 2021.

Argentina is in Canada to play for the Qualifiers: day, time and TV