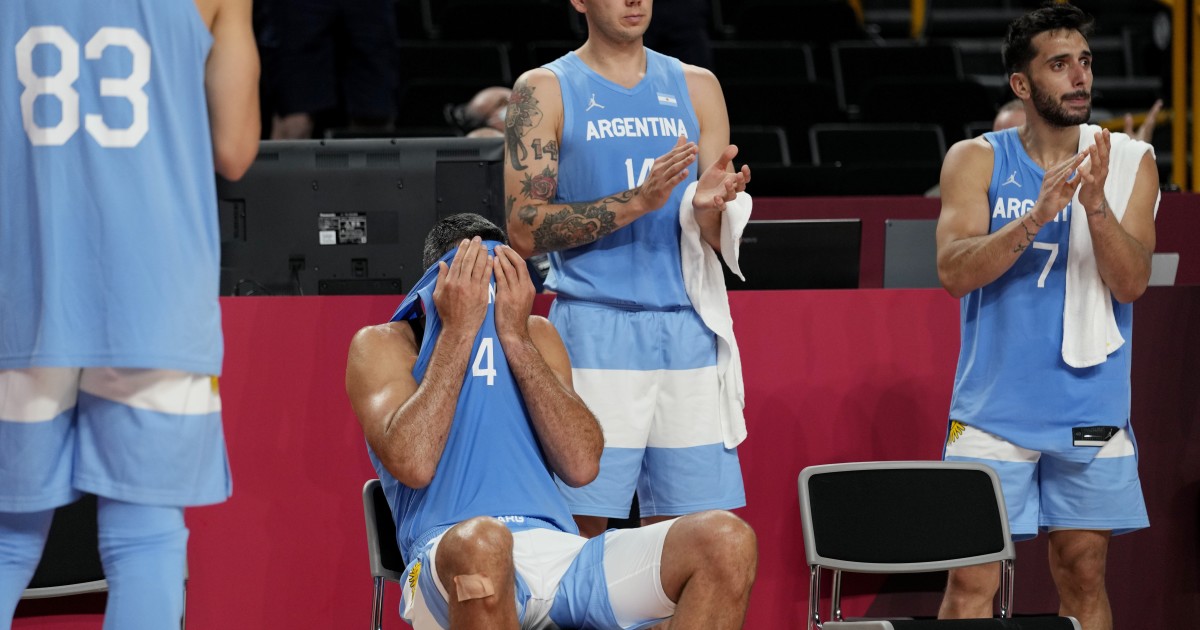 Australia has two more chances to finally get on the podium in an international competition. The first will be a clash with the United States.

And at 41, Luis Scola played his last game for Argentina.

Patty Mills scored 18 points and Australia finished a close game with a 25-0 run in the second half to crush Argentina 97-59 on Tuesday in the last of the quarterfinal duels of the Tokyo Olympic tournament.

“Obviously we had some sort of goal in mind – to win a gold medal and get out of here with it,” said Australian Joe Ingles.

Scola, who was playing his fifth Games, had no plans to announce his future on Tuesday. But an emotional scene in the last minute suggested that this was the climax of his career with the Albiceleste.

“It’s over, that’s it,” said the forward, the last survivor of the Golden Generation who won the title at the 2004 Athens Games.

Scola, who finished with seven tallies, sat on the bench with 51.4 seconds left on the final buzzer and received a standing ovation, even from the Australians. He responded by saluting while blue and white spotlights illuminated the track with the colors of his country. The applause continued until he said hello again.

“It is time for new faces to appear. It’s time for us to go, ”Scola said.

Matisse Thybulle, Jock Landale and Nic Kay finished with 12 points each for Australia, while Ingles contributed 11.

The rival for the boomers – who have never won a medal in a Games or a World Cup – in Thursday’s semifinals will be the United States, which dispatched Spain 95-81 earlier in the day. Australia already beat the Americans in an exhibition game last month, but in official competition they are 0-15.

Nicolas Laprovittola scored 16 points and Gabriel Deck added 12 more for Argentina, which says goodbye to Tokyo with one win and three losses. With 2:07 remaining in the third quarter, Argentina was down 54-48 after a triple by Nicolás Brussino and seemed likely to be upset.

But they were soon gone. The Argentines missed their next 11 shots to the basket and by the time they scored again, midway through the last quarter, the distance to the Australians had shot up to 31 points.

Argentina was eight points ahead at the start of the game, but the good news ended there. A 19-4 run that covered much of the second quarter put Australia ahead 37-28. The boomers would not be behind on the board again, and in the last 12 minutes they took off without looking back.