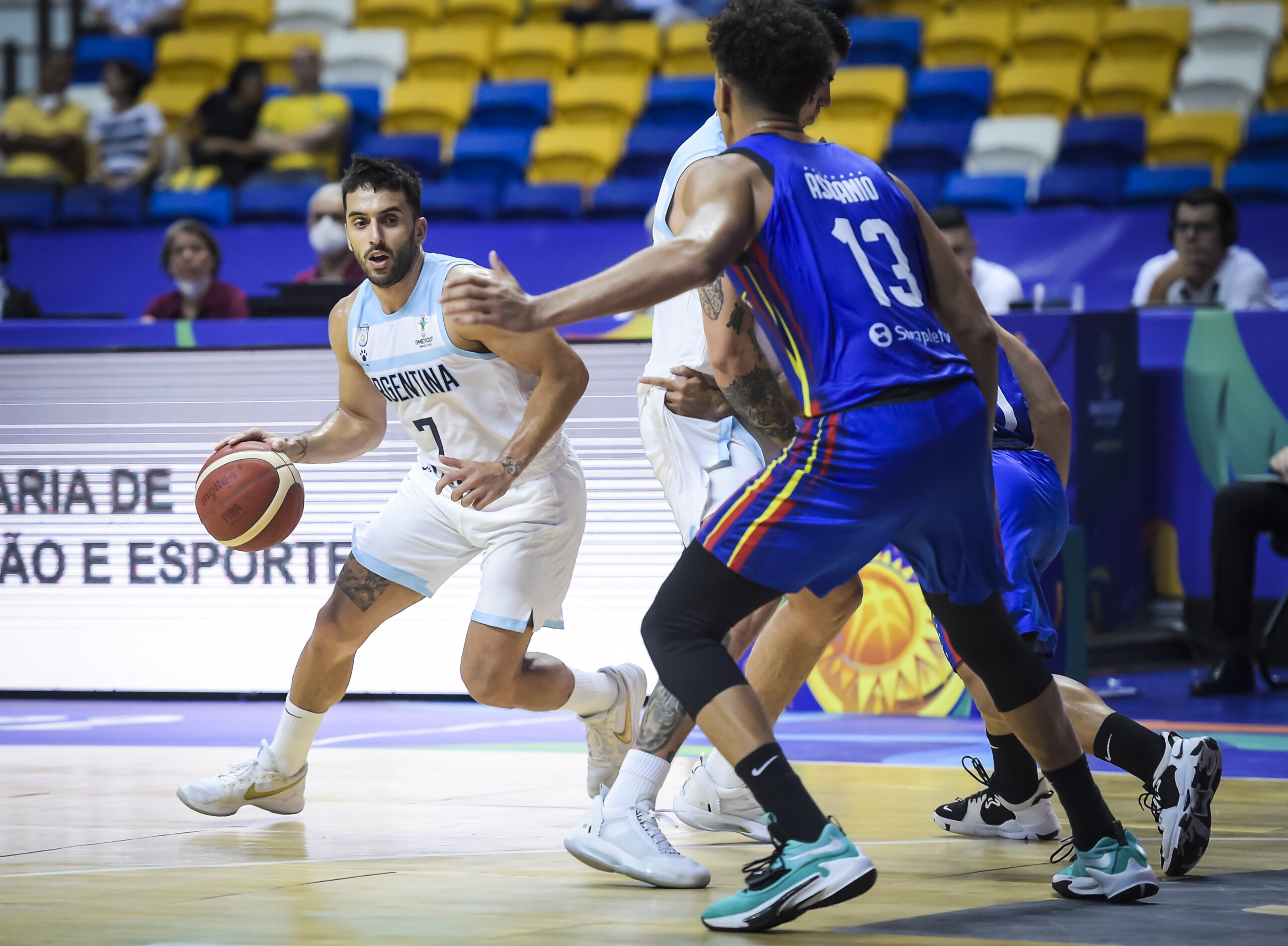 The Argentine basketball team continued with ideal step in the AmeriCup from Brazil and got into in semifinals to the defeat to his pair of Venezuela, by 76-53, in the city of Recife. At the Geraldao Arena in the capital of the State of Pernambuco, the group led by Cordovan Paul Prigioni consummated the fourth consecutive victory in the continental contest. The albiceleste quintet clearly dominated the development and will be measured in the semifinals this Saturday against the United Stateswhich today heartbrokenly beat Puerto Rico, 85-84, in another of the quarterfinal matches of the competition.

The Cordovans Facundo Campazzo (Denver Nuggets) and Juan Pablo Vaulet (Manresa) plus Gabriel Deck (Real Madrid) from Santiago were the main figures of the Argentine cast, with 12 points each. The scorer of the day was the Venezuelan forward José Materán (former Bahía Basket), who finished his work with a balance of 15 points and 3 rebounds. The overwhelming dominance exerted by the winning team allowed DT Prigioni to rotate, generate rest for his usual starters and use alternative elements throughout the second half.

Venezuelaled by the Argentine coach Fernando Duro, came to this continental championship with notorious absences such as Michael Carreras, Gregory Vargas, Heissler Guillent or Néstor Colmenares, to name a few, since none of them obtained the relevant authorization from the local basketball Super League (SBV).

The albiceleste team took control from the beginning, with an active Campazzo (4 assists in the first quarter), plus a decisive Deck every time he went to the rival basket (6 points in the initial 10m.). DT Prigioni’s quintet escaped 10-3, with 6m to go. 37s., for the closing, but the tight zonal defense of the ‘vinotinto’ cast and some basketed outside shots (4-5 from a distant dimension) allowed those led by the Buenos Aires Duró (former coach of Olímpico de La Banda and Gimnasia de Comodoro Rivadavia) cut distance and make up a development that was unfavorable (21-18).

But in the second segment, Argentina marked clear differences. Because Campazzo’s leadership was joined by the effectiveness of Laprovíttola (9 points; 2-3 in three-pointers) and the score was widening against a Venezuela that was left without offensive answers (he barely scored 4 units) and that -in addition- did not offer the usual solidity that it usually exhibits in its own basket. Thus, the River Plate team doubled the advantage to 22 points (44-22) and managed the actions with too much ease.

At the beginning of the second half, an initial onslaught from the Venezuelan cast cut the numbers to 44-27, but that mirage of ‘returning to the game’ was soon over, with two successive three-pointers by Campazzo. From then on, the two banks rotated players and preferred to shoot those who have fewer minutes. The ‘red wine’ team improved production in the final stretch and cut figures in a match, in which they almost never competed.

“We go from minor to major. The operation of the team is being very complete”, Facundo said Campazzo, after the victory. “Generally when there are good defenses, the team displays interesting offensive transitions” described the point guard from Cordoba for the NBA’s Denver Nuggets. In relation to the dominance exercised against the ‘red wine’ team, Campazzo assured. “If we passed the ball like we did, it would be difficult for a very physical team like them (Venezuela) to defend us.”

Meanwhile, ahead of Saturday’s semifinal match before the United Statesthe 31-year-old Spanish former Real Madrid point guard, who signed a scoresheet with 12 points (2-4 in doubles, 2-3 in triples, 2-2 in free throws), 6 assists, 4 rebounds and 3 steals in almost 23 minutes he was on the court, he pointed out that it will be “a ‘stick and stick’ match between two teams that are on the rise”.

“The United States is a more athletic team, more talented, with experienced players who usually know how to play this kind of game,” said the basketball player with the most assists in the AmeriCup, with an average of 9.5 per game. after 4 meetings, in dialogue with TyC Sports.

As said, the most attractive meeting of the day, The United States narrowly outperformed Puerto Ricowith a layup by shooting guard Norris Cole (Unicaja Málaga), just 2s. for the tolling of the cicada. Thus, the North American team, which has a 3-1 record so far in the tournament, will be Argentina’s opponent in the semis.

Another of the teams that qualified for the semifinals is Canada, which beat Mexico in the first hour, 82-77.

Marcelo Gallardo’s unknown gesture with a historic River Plate prop: “What this man did, I don’t think another will do”
They leaked the WhatsApp message that Cristiano Ronaldo would have sent to the Napoli coach in the middle of the negotiations
A TV journalist was harassed live during the preview of Flamengo-Vélez: her strong reflection on social networks
Memes exploded after the harsh elimination of Vélez Sarsfield against Flamengo for the Copa Libertadores
Shakira’s treasure that Piqué retains in the midst of the scandalous separation

With information from Telam.

Argentina beat Venezuela and will play the semifinals of the Americup against the United States: the luxuries of Campazzo, Deck and Vaulet