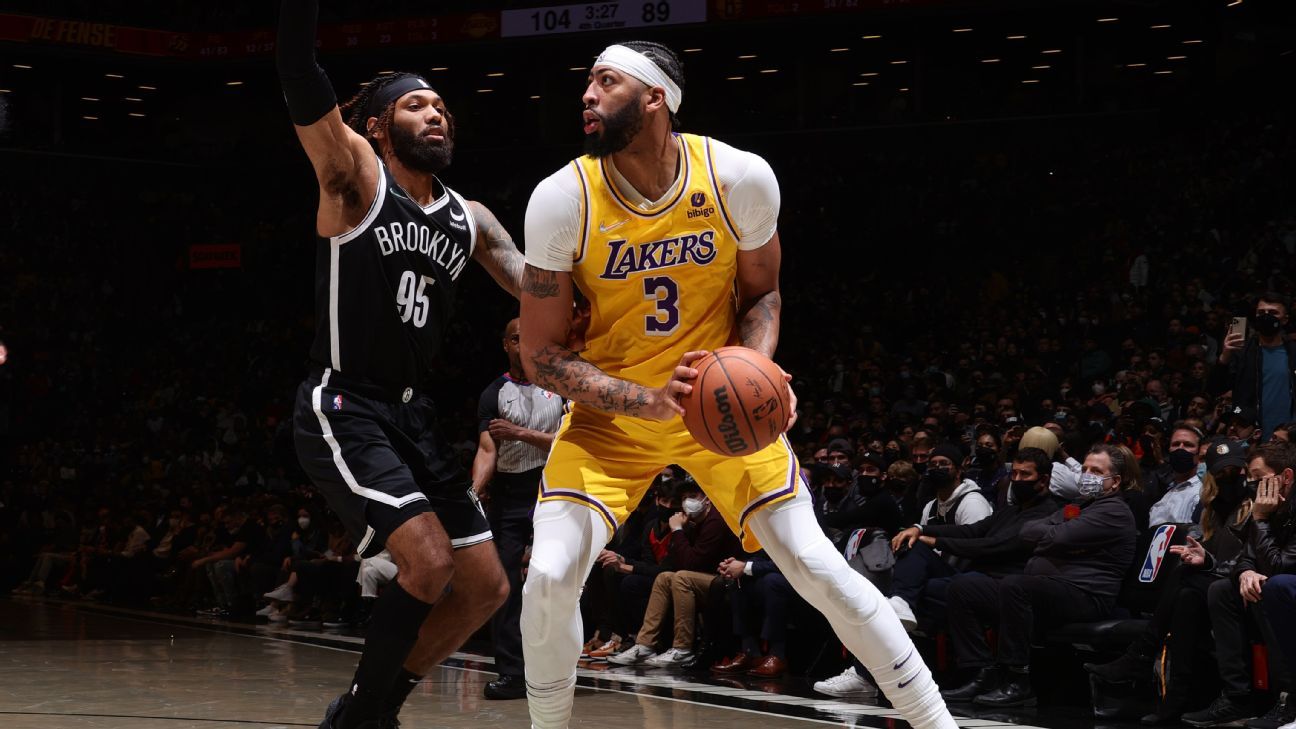 LOS ANGELES — After just over a month, the Los Angeles Lakers finally had Anthony Davis on the stave The Los Angeles superstar missed 17 games due to a knee injury and this Tuesday reappeared in the 106-96 win over the Brooklyn Nets.

“It was good to see (Anthony Davis) back on the court again,” he said. Russell Westbrook about the return of his partner. “It was exciting for everyone, he gave us energy and positive vibes, especially after we were coming off a loss (against the Miami Heat).”

The Lakers have had an up-and-down season, in large part, due to absences due to injury or COVID-19 protocols. The team hasn’t been able to have the number of practices that they would really like as a group, which has hurt them because so many new faces have been brought into the system.

In the win against the Nets, it was the first time this season that coach Frank Vogel used the starting five that jumped onto the court with, Lebron JamesAnthony Davis, Russell Westbrook, Avery Bradley Y Stanley Johnson.

“(Anthony) He changed things for us on defense at the rim, with his hands, his rebounds; It wasn’t a strong night offensively for him, but defensively, he anchored our defense. It is something that we had been missing a lot and it will give us the push we needed to close the season strong, ”shared coach Frank Vogel.

Anthony Davis was on a minute restriction and only played for 24 minutes, considering he had been out since Dec. 17. Coach Vogel hopes to add minutes little by little to strengthen him, although Davis thinks otherwise and feels ready to take on the load.

“I feel ready. We haven’t had a lot of practice, but I was able to do a few things beforehand to know I was ready. I didn’t know about the minute restrictions, for me, I don’t need it, but well, we’ll see. I know that two games are coming on consecutive days and you have to be smart, but in general I felt very good, ”Anthony shared after his return.

THE LEBRON SHOW
LeBron James keeps playing at a stellar level. For the 18th straight game, LeBron scored at least 26 points for the Lakers. Against the Nets he had 33 units, 7 rebounds, 6 assists, 3 steals and 2 blocks. His impact on Angelenos is undeniable and he is even more spectacular considering that he is 37 years old and in his 19th NBA season.

LeBron enjoys playing in New York City. Earlier in the season, he missed the NY Knicks due to suspension, but now he was in Brooklyn. He received the recognition of the rival fans and more when he gave away a couple of luxurious consecutive plays in the fourth quarter in which he intercepted the ball and finished with the dunk, causing the euphoria of the assistants.

“I was tuning in to my inner Ed Reed,” LeBron James said of the former Baltimore Ravens player. “He was trying to be in the right place to protect my teammates, be aware of the direction of the ball and cover. I was able to make two pick-six in a row,” James continued with the football reference.

The Lakers continue their six-game road trip to the East Coast of the United States. His next stop will be Philadelphia to face the 76ers on Thursday.

Anthony Davis reappears with Lakers and has a positive impact