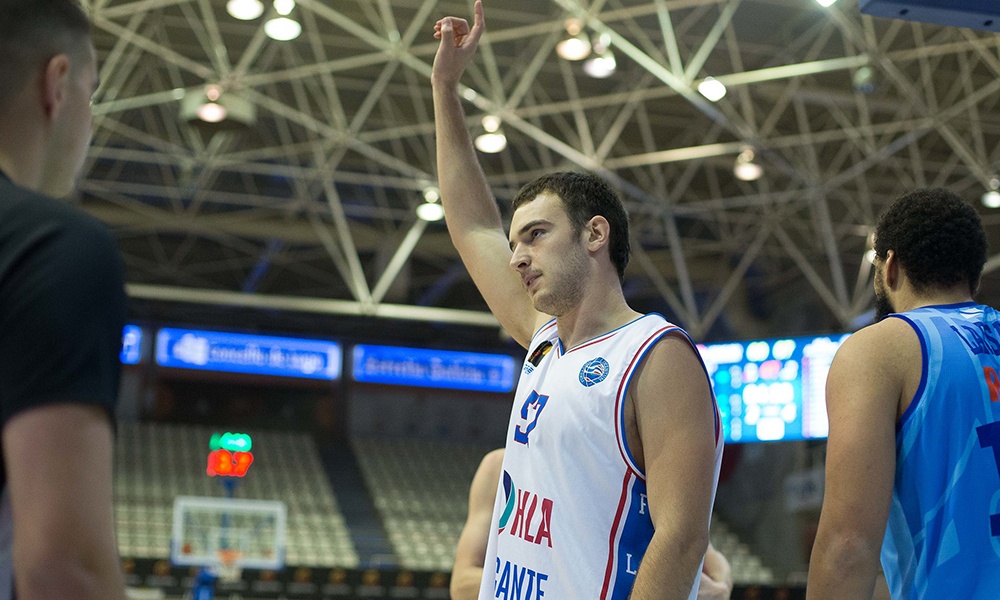 LEB Oro is not a competition for many young players, and even less so when this year there has not been a presence of affiliates and related teams either. But it is a trend that is repeated in many leagues. It is as if young people only played when financial need left them that hole. Álex Pérez, who is in tandem with Pau Tomàs on the bench of Palmer Alma Mediterránea Palma, spoke at the time ExpeLEB of the good results of his project, one of the teams of younger average age and with little experience. Hopefully the results obtained by the Palmesan team have opened the eyes of other teams so that opportunities for young people can grow.

Without further ado, we leave you with our analysis of the most relevant LEB Oro U22 players:

What a player the Estonian international. After a season of adaptation where she already shone in Real Canoe, she came to Palma to grow dramatically. Freed from raising the ball, many times we saw Jacobo Díaz doing it, and with Figueras ordering the game, Kullamäe demonstrated his ability to do damage: extensive technical resources, ease of getting up, game of Q&A and innate talent for scoring from any distance. Loaned by an ACB team, he should play yes or yes in said competition next season, as Carlos Mirás detailed us last week.

Last season of U22 for the Extremaduran, who was completing his third year in Alicante. After watching him grow up in La Penya and go down to the mud of La Plata with Plasencia, I can’t feel more than satisfaction from the progression in his game as he matured. A player who does not fail in the fight, always intense and attentive behind; in attack, shows dynamism and is comfortable in situations of Q&A or attacking the hoop. Able to shoot from the outside, he must work in this direction to be a more complete player. One of our national candidates to make the leap to the ACB.

Another of our national candidates to jump to the ACB. In his third season in Gold, he showed with his improvement in outdoor shooting that he is ready for greater challenges. Vital in a Girona Basketball where the strength of the perimeter was dwindling, the Penya player distilled class, showing his ability to defend behind and to be a knife that penetrates the rival defenses. One of those players who are always nice to watch.

The player trained in the Unicaja quarry seems an eternal promise, but let’s not fool ourselves: Rosa is a young player in progress and who has completed his third campaign in Gold after his experiences in OCB and Amics. In a complicated course in Peñas, with a change of coach included but with the permanence achieved, despite a small injury and confinement, it can be said that Rosa has taken a step forward. In addition to being that dangerous open ‘four’, he has been seen to be more active in defense and rebound aspects; After adding some good performances with others with less brilliance in the first phase, the arrival of Mike Moore did not close the doors and he proved to be a fundamental second unit player in Óscar Lata’s schemes. Slow but upward progression.

After a good year in Plata (18/19) in which he was the reference of the Baskonista subsidiary (being in double dynamics), last year he went up to the first team, although he did not go beyond ostracism. His transfer to Real Canoe was one of the positive news and although he had his opportunities, it did not work, as Carlos Mirás commented in Miguel González and the bitter taste of LEB Oro. With minutes of play, he was not, however, the player who carried the offensive weight: over scoring, poor decision making and perhaps the global context made him not achieve good shooting percentages. But we must not forget that he is a player with conditions, of great individual technique, that helps in the rebound and that in another context he can be very valid after the high expectations created at the beginning.

After his time at Real Madrid and not having opportunities in Monaco, the Swedish international made his Gold debut with the RVB, who bet heavily on him and offered him stripes. His good physique helped share minutes with Timmer. Comfortable in the open field and with a powerful first step, he has dared more from the outside than in previous years, although he must continue working on this aspect. Sacrificed in defense, taking advantage of his plant, he has alternated very good games with others where he did not appear, but his conditions are very good and that is why Manresa has already noticed him to finish the season at ACB.

His height does not go unnoticed and the Slovak Valencia player on loan at TAU ​​Castelló has not done badly in his debut. Stainbrook’s injury made him take responsibility and he was undaunted. Although he still needs to mature and be more constant, his 217 centimeters make one dream and that the word NBA is always present. Carlos Mirás highlighted it recently, and it was not for less by his ease to move his size, his good hands and his ability to finish. A player that will have to be seen if he repeats experience in Gold or is already given a chance in ACB.

He had been without minutes for more than a year and a half when the coronavirus frustrated his assignment in Peixe. With no opportunities in Fuenlabrada, he arrived in Melilla to cover the departure of Javi Menéndez and from the first moment he had minutes, which increased in the second phase after Uclés’ injury. The Bosnian is a mobile ‘four’ with good technical conditions, being able to play in the post, go well on the rebound and move perfectly without the ball. You need to consolidate your outside shot to keep climbing.

It cannot be denied that the Senegalese has had minutes, consolidated as the first rotation center, and that he has shown that he can have a place in the category after coming from a course without many opportunities at GBC. Without being excessively tall, he has a very good physique, plays very well the Q&A and is a good finisher in off-the-ball situations, seeking to be protector of the back rim and being attentive to the putbacks. Little by little it will be more regular, it will continue to work its movements in the zone and perhaps it will go to more in a reliable range of fire. Interesting future bet.

Other U22 with presence in Gold

Mateo Díaz (2002 / Breogán River / statistics). He arrived practically as a stranger, but with his daily work and his hunger he won over everyone, enjoying constant minutes in the rotation. Good combo guard, with a lot of self-confidence, vertical and worker in defense.

Joel Sabaté (1999 / TAU Castelló / statistics). How did you find a place in the backcourt. Hardened in defense, always with determination, incisive in attack and dangerous from outside.

Ander Urdiain (2000 / Levitec Huesca / statistics). A ‘three ‘with a good hand that tried to take advantage of his minutes before the losses at the beginning, although they were later diluted.

Sergi Huguet (2002 / Palmer Mediterranean Soul Palma / statistics). Every time he had minutes he took advantage of them. A 2-3 capable of scoring from the outside, going hard on the rebound and controlling the middle distance. Must have more opportunities.

Alonso Meana (2000 / Liberbank Oviedo Basketball / statistics). He reinforced the team for the second phase, being a support in the second unit and giving back. With IQ and without fear of scoring in certain games. It has already been renewed by the Oviedo team.

Jacob Round (2000 / Levitec Huesca / statistics). He came quietly when no one was expecting him and he stayed the entire season, due to his dedication and impudence. Helped in the backcourt, and that we did not see that high effectiveness in the triple that it has.

Khadim Sow (1999 / Tizona University of Burgos / statistics). A whole tower of muscle and physique, but still unpolished. He arrived in the middle of the season to relieve Barro and his last league game was a nod to future suitors.

Mikel Sanz (1999 / Melilla Sport Capital CMB / statistics). It came as one of the bets to rejuvenate the team, but the irregular results meant that it did not have a comfortable landing in the category and that it hardly enjoyed an offensive role.

Paco del Águila (1999 / Cáceres World Heritage Site / statistics). He won the third center position for his tenacity, rebounding ability and good wrist. It has shown that it is in this category.

Aitor Etxeguren (2002 / Cáceres World Heritage Site / statistics). It is not easy to close the junior stage and jump to Gold despite having excellent conditions. And it is that the young Basque interior has weighed the category, showing too tender at times. But, be careful, because it will be important in the future and this season it has surely been great for him.

There is also another group from U22 that we saw stand out in EBA, but that has also had its minutes in Gold. In it, names like Guillem Arcos (2000 / FLBA), with an outstanding season finale in which he played many important minutes and showed that he is for this category, and a Gonzalo bressan (2001 / La Zubia – FCBG) who during the playoffs also showed that he can do well. Nor can we forget Diego Rivas (2003 / Palma), Juanjo Jimenez (2001 / Uros de Rivas – Real Canoe) and Lazar Mutić (1999 / after standing out in Artés he came to Amics to fill gaps due to injuries).