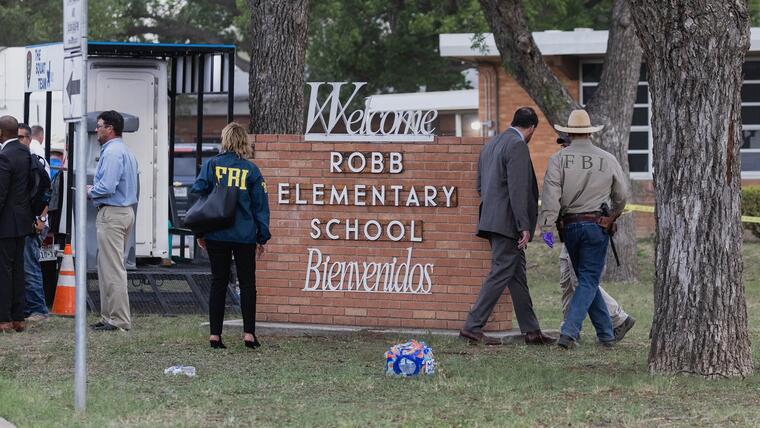 Steve Kerr, coach of the Golden State Warriors and one of the most respected voices in the NBA basketball league, exploded on Tuesday against Republican senators for rejecting greater control of firearms and in response to the shooting at a Texas elementary school that killed 19 children and two teachers.

“When are we going to do something?”, he exclaimed in a press conference before the fourth game of the Western Conference finals that is played tonight in Dallas, Texas, between the Mavericks and the Warriors (with a score of 0-3 until now), and also remembering the recent Buffalo shooting in which 10 people were killed.

“I’m so tired of coming up here and offering condolences to the devastated families that are out there,” Kerr, a longtime gun control advocate, said in an emotional, tearful speech. “I’m tired of the minutes of silence. Enough”he added angrily.

Kerr lashed out at Republican senators (who block the initiatives of their Democratic colleagues despite the fact that they have a slight majority) for acting against a bill to strengthen background checks when purchasing weapons.

This bill, known as HR8was approved by the House of Representatives in 2021, thanks to the Democratic majority, but its process is still stuck in the Senate.

“There are 50 senators [republicanos] who refuse to vote [ley] HR8 […]. There is a reason why they will not vote: to stay in power”, condemned the coach.

“I ask you, Mitch McConnell [líder republicano en el Senado]And to all of you senators who refuse to do anything about the violence, the school shootings and the supermarket shootings,” he added, “I ask you: will you put your own desire for power ahead of the lives of our children, seniors and parishioners? Because that’s what it looks like.”

“Fifty senators in Washington are holding us hostage. Do you realize that 90% of Americans, regardless of their political party, want universal background [para comprar armas]?”, said.

Kerr was referring to polls such as that by the Morning Consult firm and the Politico news portal, which in 2021 indicated that 84% of citizens (including 77% of Republicans) support that all weapons acquisitions require background checks.

“We are being held hostage by 50 senators in Washington who refuse to even submit [el proyecto de ley] to vote, despite what the Americans want. They won’t vote for him because they want to keep their own power. It’s pathetic! I’ve had enough, ”he closed her with a new cry before leaving the press conference.

“These are children and we continue to put them in danger at school. Seriously, at school, where it is supposed to be safer,” he pointed For his part, the player LeBron James on the social network Twitter.

With information from AP and Efe.

An NBA coach explodes with anger over the Texas massacre: “When are we going to do something!?” He demands of Republicans