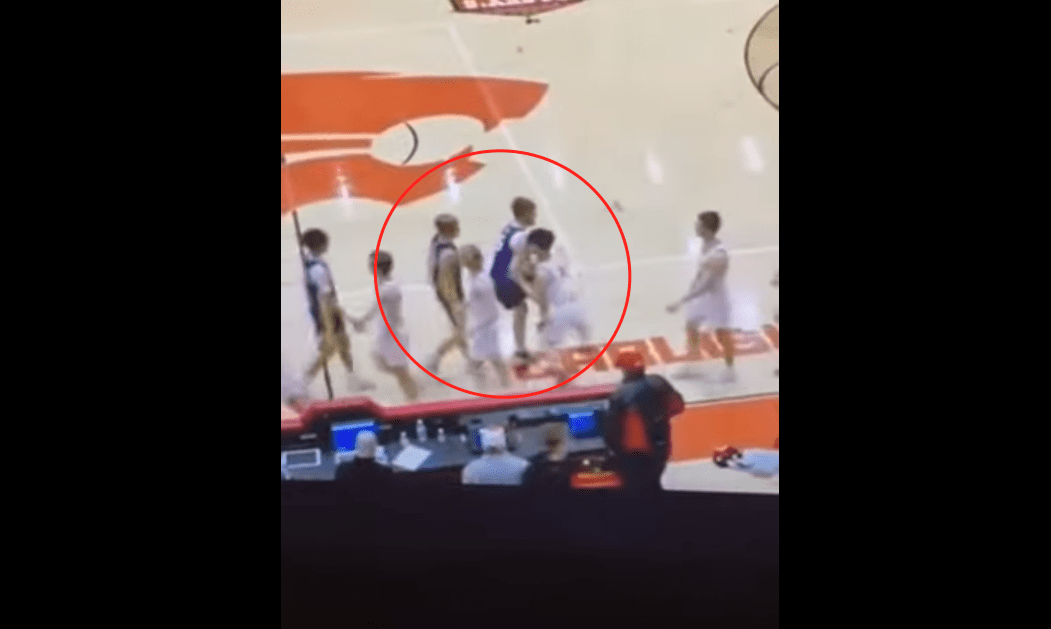 The surprise is capital. The attack was unexpected and for no reason. It happened at a basketball game from high school in America. A player hit his opponent, at the moment when the players of both teams lined up for the traditional post-match handshake. The video of the situation of extreme violence went viral through social networks. It is still not clear what happened to trigger such an attack, but from the local police authorities said they are investigating.

The violent scene It occurred after the game in which the Nevada Cubs defeated Carlisle Wildcats 72-47, in Iowa, last Tuesday. In the post-game salute, all players formed two lines, each per team, to greet each other. But at one point, the rows fell apart. The thing is, one of the basketball players on the losing team, who was wearing jersey number 4, he hit one of his rivals twice, in the stomach and in the face. The names of the two minors were not released.

The attacked basketball player, with the 5 on his back, fell to the ground, while Carlisle’s player continued to hit him on the ground furiously. Immediately, everyone ran to separate him.

Uncertainty surrounds the case, as US media say the players had no incidents during the game. Nobody knows the reasons that motivated the aggression. This is what generated a great mystery and puzzled the authorities of both schools.

The North American media TMZ Sports spoke with Nevada Superintendent Dr. Steve Gray. The official said that the basketball player “is currently doing well.” Furthermore, he added: “It is a very unfortunate situation; I’m happy they cut down the young man who hit him. Luckily our coaches and all the staff handled the situation well and got everyone out of there without making things worse. “

Also spoke Carlisle superintendent and said, “This is certainly an unfortunate incident that is not representative of the school culture that exists in the Carlisle Community School District,” and also spoke of any action that may be taken with the player: “I want to make it clear that this type of conduct is not tolerated at Carlisle CSD. The district will follow the policy and procedures of the Student Code of Conduct during the investigation of this incident and will implement the appropriate consequences ”.

Lastly, the Carlisle Police Department already reported that they are aware of the incident. Is that, an official was present during the game, but did not arrest the player. They also expressed that an investigation is being carried out into the act of violence.

IN VIDEO: The never seen: a team seeks to sign a footballer by placing an advertisement in the public employment service