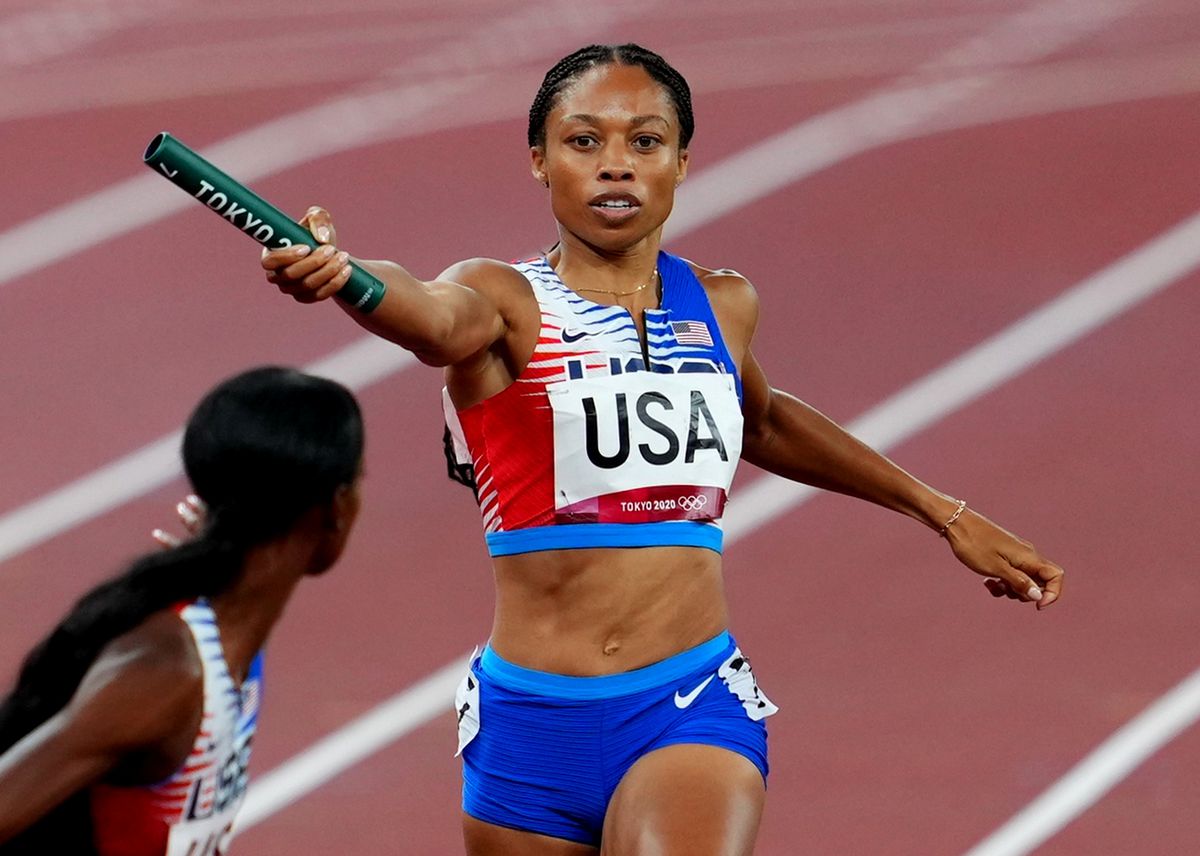 The medallitis It is the childhood disease of Olympism. It is propagated by the states, who want to believe that the sports ranking is the ranking of quality of life, healthy and happy youth; The press accelerates it because the medal count facilitates work and judgment, good, bad, regular, that the next one passes, and makes life hell for athletes, for those who force themselves to get on the podium, for those who remain fourth and cry.

Some, however, turn the medal around and turn vice into virtue, and success counted as the number of medals into a method for their voice to be heard, respected, help transform society, and thus, Allyson felix, the American athlete leading to victory in the 4×400 to a verse, a quartet of powerful women, like her, like Sydney mclaughlin, the Olympic champion and 400m hurdles world record holder, like Athing Mu, the very young, 18 years old, and magnificent 800m Olympic champion, like Dalilah Muhammad, 400m hurdles Olympic champion in Rio 16 and runner-up in Tokyo.

“The first was a long, long time ago, when everything was new to me,” says Felix, 35, who gets his eleventh Olympic medal, the seventh gold, two singles and five in relays, three silver, one of bronze, in a series that began in Athens 2004, and he is already the second most distinguished person in the history of Olympic athletics, behind Finnish long-distance runner and long-distance runner Paavo Nurmi, winner of 12 medals in the 1920s. “The latter is different, but in a good way. It has been a joy to run alongside these extraordinary women ”.

So extraordinary, the world acknowledges, that they already earn the superlative of Dream Team. “What an honor to run with these women,” says McLaughlin, 22, the leader of the young women who take over from Felix’s generation. “They are an example for me, and it is beautiful to think that right now we are an example for other girls who will want to be like us.”

The race (first, United States, 3m 16.85s; second, Poland, 3m 20.53s; third, Jamaica, 3m 21.24s) is an act of affirmation of their technical quality, athletic beauty, speed, and his voice, which sounds louder in the stadium than the piano concerto of Tchaikovsky in honor of the high jump champion, the athlete of the POC team, that is, Russia, Mariya Lasitskene (2.04m, ahead of the Australian Nicola McDermott, who between jump and jump writes down in her notebook the technical judgment that deserves his performance, and from the world champion, the Ukrainian Yaroslava Mahuchikh), and the music of the romantic from St. Petersburg recalls the farce of the Olympic suspension of Russia for doping, in the same way as the notes of the anthem of Italy in the ceremony of the 4×100 relay, the one that the champion won Marcell jacobs and his friends Patta, Desalu and Tortu), remember that the men’s speed of the United States (and also the other track events) has been a mirage from which they have only gotten slightly away with the victory of the long relay –2m 55.70s, Cherry, Norman, Deadmon and Benjamin — ahead of the Netherlands of Bonevacia and Botswana of the great Isaac Makwala, author of a first post in 43.80s, a time with which he would have won the individual gold in 400m, never seen before in a relay.

While America’s female athletes had five victories, their athletes only played the anthem twice, once for the shotgun extraordinary. Ryan crouser, another for the relief. The tragedy of his speed reached its climax with the elimination on Thursday of his short stint in the series, an unprecedented event that sparked sad hilarity from Carl lewis, the largest his country, who mocked his heirs via Twitter. Absent the old Justin Gatlin, already unable to run very fast, and the young Christian Coleman, the designated heir, for lying in their locations for doping controls, the speed of the main producing country of sprinters it was entrusted to Trayvon Bromell who was returning after long months of recovery from a ruptured Achilles tendon. And it did not work as none of its stars did –Rai Benjamin, reduced by Karsten Warholm in the 400m hurdles; Noah Lyles, defeated in the 200m by Canadian De Grasse, nor Michael Norman, out of the Caribbean 400m podium: Gardiner, Zambrano, James; not even 110m hurdles favorite Grant Holloway, who fell to Jamaican veteran Parchment — who had been raised so much by his extraordinary trial records just over a month ago.

Only women were up to the task, although not as much as the queen of the Games, the so quiet girl of Banana Ground, Elaine thompson, triple gold medalist (100m, 200m, short relay) nor like the Dutch Stakhanovist Sifan Hassan, a silver medal (1,500m) and two gold, 5,000m, and on Saturday, 10,000m, where she demolished the world record holder, the Ethiopian Letesenbet Gidey, with a final 100 meters in 13.6s, exactly the same time that Jakob Ingebritsen invested in his last 100 meters of the 1,500m.