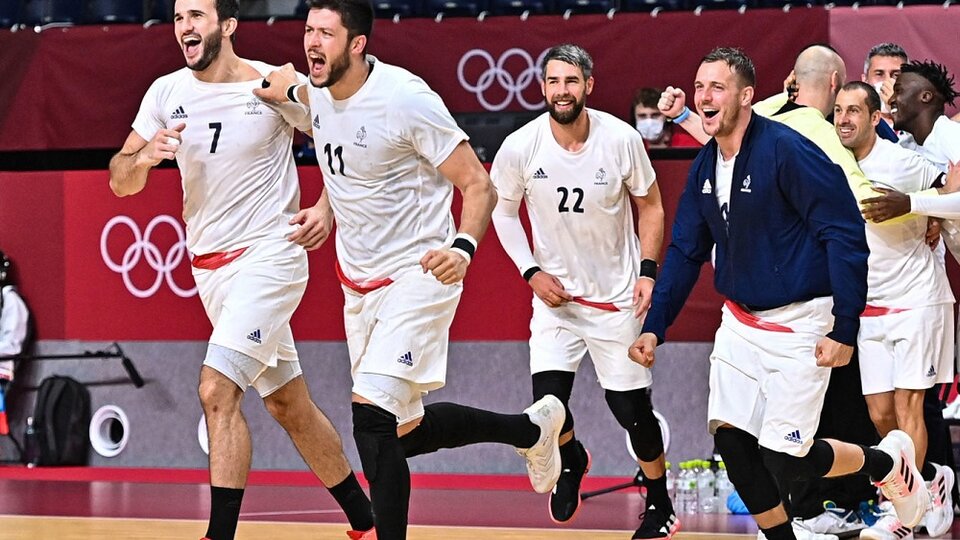 The sport of France lived this Thursday a historic day at the Tokyo 2020 Olympic Games with the classification of three of its most emblematic teams for the respective finals of their disciplines: with their victories over Egypt in handball, over Slovenia in basketball and over Argentina In volleyball, the Gauls were guaranteed the presence in the definition of three of the most relevant team sports in the competition.

The first to brighten up the French morning were the handball players, who took advantage of the easiest opponent on paper and beat Egypt 27-23 to secure the silver medal and seek gold against Denmark, current two-time world champion, who won they beat Spain 27-23 in the other semifinal. It will be a rematch of the last Games, when the Danes won in Rio 2016 and cut France’s illusion of becoming a three-time Olympic champion. The final, the fourth in a row for Les Bleus, It will be played on Saturday at 9:00.

Then it was the turn of basketball, with Nicolás Batum as the hero, thanks to a cover on Klemen Prepelic with 2.5 seconds left, which allowed France to win 90-89 on Luka Doncic’s Slovenia. The most outstanding player was point guard Nando De Colo, author of 25 points, seven rebounds and five assists, well seconded by Evan Fournier with 23 points and five rebounds.

For the gold they will face none other than the United States, who beat Australia 97-78 in the first semifinal. The clash, which will be played on Friday at 23:30 ,. it will mean a rematch of the first game of the Games, when the French surprised the North Americans and beat them 83-76 to later win the group.

To complete the hat-trick of victories, the volleyball team left no doubts to win 3-0 against Argentina (25-22, 25-19, 25-22), with an almost perfect game that gave the team no chances. by Marcelo Méndez. Within an impeccable collective performance, Jean Patry (15) and Trevor Clevenot (14) were the most outstanding individualities of the Gauls.

In the fight for gold, France will meet on Saturday at 9:15 a.m. with Russia, whom they already beat in the group stage. The French team comes with morale on the rise after finishing fourth in the zone and having beaten Poland in the quarterfinals. The Russians, meanwhile, reached the final after eliminating Brazil 3-1.