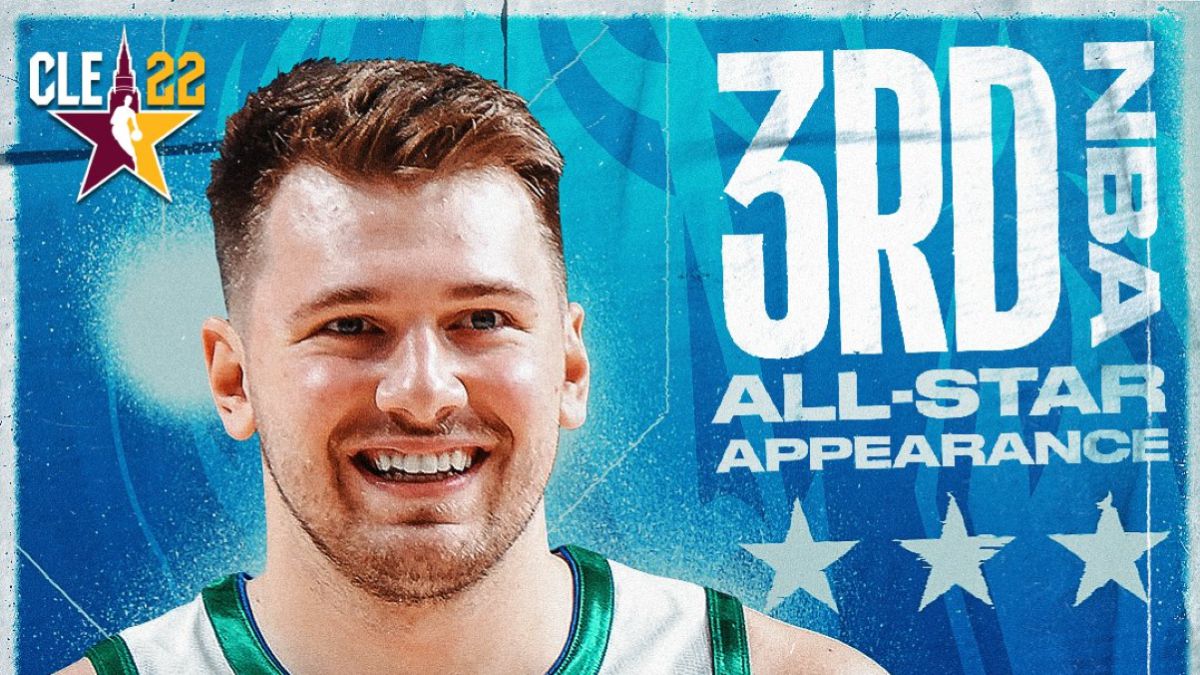 The All Star Game 2022, which will be played on February 20 at the Rocket Mortgage FieldHouse in Cleveland, already knows all its members after the election of the 14 substitutes (7 for each Conference) by the coaches of the 30 NBA franchises. The selected replacements are as follows:

Luka Doncic will participate, finally, in the All Star Game. The Slovenian point guard joins Kobe Bryant, LeBron James, Shaquille O’Neal, Isiah Thomas, Kyrie Irving and Anthony Davis as the only players in history to go to the All-Star Game three times at just 22 years old. For its part, Draymond Green has announced that he will not play due to back and calf problems. Adam Silver, commissioner of the NBA, will choose his replacement: Anthony Davis and Deandre Ayton may have their gateway to the duel in Cleveland there.

The big news in the Eastern Conference is the inclusion of Darius Garland… and something expected: he plays for the Cavaliers and the event is in Cleveland. But aside, the second-year point guard is one of the season’s biggest draws, and his selection is full credit to the Cavs’ strong year.

The choice of teams

The templates of the two teams will be drawn next Thursday, February 10. And it will be done for the fifth edition in a row to feet: The captains, the most voted in each Conference, LeBron (West) and Durant (East), who repeat for the third year in a row, will take turns choosing their teammates. First, the incumbents, regardless of their Conference, but taking into account their position. With the alternates, the election turn will be reversed and they will be selected regardless of Conference and position.

The duel will also keep the revolutionary elam ending successfully tested in 2020 in Chicago. The match will not last the usual 48 minutes, but will proceed with the system that gave it spice and competitiveness: the first three quarters start 0-0 and the winner of each wins a financial prize for a local NGO. Before the last set, the markers of the other three are added and a number of points is added to the highest figure (24, in tribute to Kobe Bryant). And it is played without a time limit until one of the teams reaches that number that gives victory.

The All Star will be held at the Rocket Mortgage FieldHouse in Cleveland for the third time in its history and will return to the full weekend after only playing the All-Star Game in Atlanta 2021 due to the coronavirus, which narrowed the calendar to only 72 regular season games instead of the 82 classics.

Changes in the Rising Star

The Rising Starthe rookie game, completely changes. Skip the duel between rookies Y sophomores (sophomores) from the United States against those from the rest of the world to a Final Four format with 12 rookies, 12 sophomores and 4 more from the G-League. These 28 players will be divided into four teams (seven in each) and will play a semifinal to the best of 50 points and a final that will crown the first group that reaches 25. The dunk, triple and skills contest will be held, in principle, . And, in addition, a fourth is introduced: the clutch challenge, in which players must score from five positions on the court related to historic moments and iconic NBA shots.

All Star Game 2022: these are the 14 substitutes for Cleveland