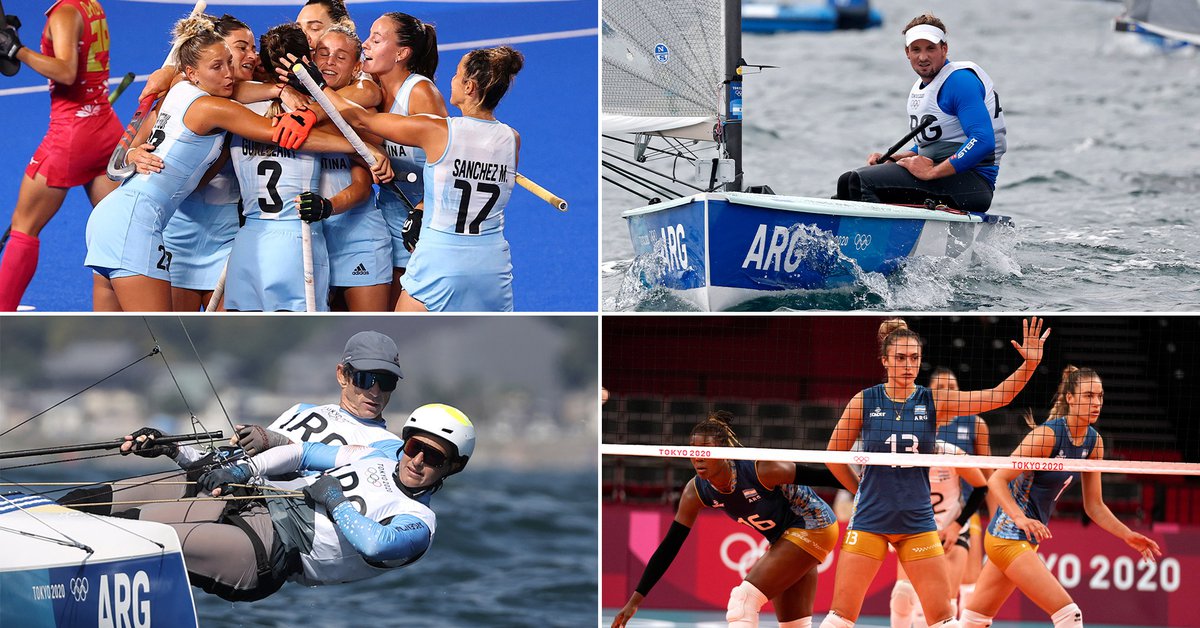 Varied Argentine presence on day 8 of the competition

Friday night and early Saturday morning in Argentina will be packed with action. The representatives albicelestes who will appear in their various events will have on their shoulders the burden of playing a good part of their stay at the Tokyo Olympics.

After the pole vault classification, where Armand Duplantis appears as the main candidate (Germán Chiaraviglio will not be able to attend due to having coronavirus), The Lionesses will culminate their participation in Group B against Australia, cast that prevailed in its four presentations. Those directed by Lock Retegui are the guards thanks to the victories against Spain, China and Japan. In their debut they fell to New Zealand.

Saturday will be a key day for sailing in Argentina, as some participants will seek to qualify for the Medal Race (a race that grants the possibility of winning a medal). Facundo Olezza, in the Finn category, appears in 6th place in the general table.

Cecilia Carranza and Santiago Lange, gold medalists in Rio de Janeiro in the Nacra 17 category and flag bearers of the Argentine delegation in Tokyo 2020, they are in an expectant position. They are located in 4th place in the general table.

Victoria Travascio and María Sol Branz (the Argentine couple of 49er FX – female skiff) will compete in three regattas that will mark their future in Tokyo 2020. After a good Friday, the albicelestes they are in eighth place overall.

The PanthersAfter their defeats against the United States, the Russian Olympic Committee and Italy will face Turkey for the last date of Group B, a team that won a match (3-0 against China) and succumbed in their other presentations.

However, one of the moments of greatest tension for the country will take place during the early hours and on Saturday morning with, mainly, the duel between the United States and the Czech Republic in men’s basketball that will mark the future of the national team Sheep Hernandez.

With regard to athletics, three events that will award medals stand out: men’s discus throw, mixed 4x400m and the women’s 100 meters. In tennis, on the other hand, the bid for the bronze medal in the men’s individual stands out. Novak DjokovicAfter seeing his dream of continuing in the race for the Golden Slam truncated, he will face the Spanish Pablo Carreño Busta. Then, for the gold of the women’s individual, the Swiss Belinda Bencic will collide with the Czech Marketa Vondrousova.

Tennis: Djokovic-Stojanovic (SRB) vs. Barty-Peers (AUS), for the bronze medal in mixed doubles (not before 5.00)

Australian Emma McKeon claimed gold in the 100m freestyle and set a new Olympic record in Tokyo
Five months of isolation, a plane laden with fish and love of rugby: the secrets of Fiji’s success at the Olympic Games
He used a condom to repair his kayak and won the bronze medal in Tokyo