The player has already paid a fine and awaits the final sentence by the British justice.

french footballer Kurt Zuma caused widespread rejection of the football environment when it emerged a video of him mistreating his cat. The current player West Ham starred in a brutal beating of the family pet while Yoan, his younger brother, recorded the event.


This Tuesday, they had to appear before a court in the city of London and there the 27-year-old player pleaded guilty to the act. According to The Sun, prosecutor Hazel Stevens described the event arguing that the cat had been “kicked like a soccer ball”.

According to the facts of the case, the feline would have been subject to “unnecessary suffering and fear” that generated traumas in dealing with humans. The prosecutor not only stressed that Zouma yelled “i swear i will kill him“in the video of the controversybut also made it clear that for her, an exemplary penalty should fit the player.

“Treating family pets in this way does not demonstrate good role model behavior. Both have a position of responsibility as footballers. They are role models whose actions are copied”assured the prosecutor of the case.

On June 1st the sentence will be known, Kurt Zouma could be sentenced to up to five years in prisonalthough he already had a fine for 320,000 dollars. This is due to the fact that last year the laws against animal abuse in the United Kingdom were toughened.

The video of Kurt Zouma mistreating his cat:

The video of Zouma’s mistreatment of his cat 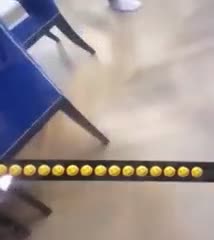 Get the latest Premier League news and more!