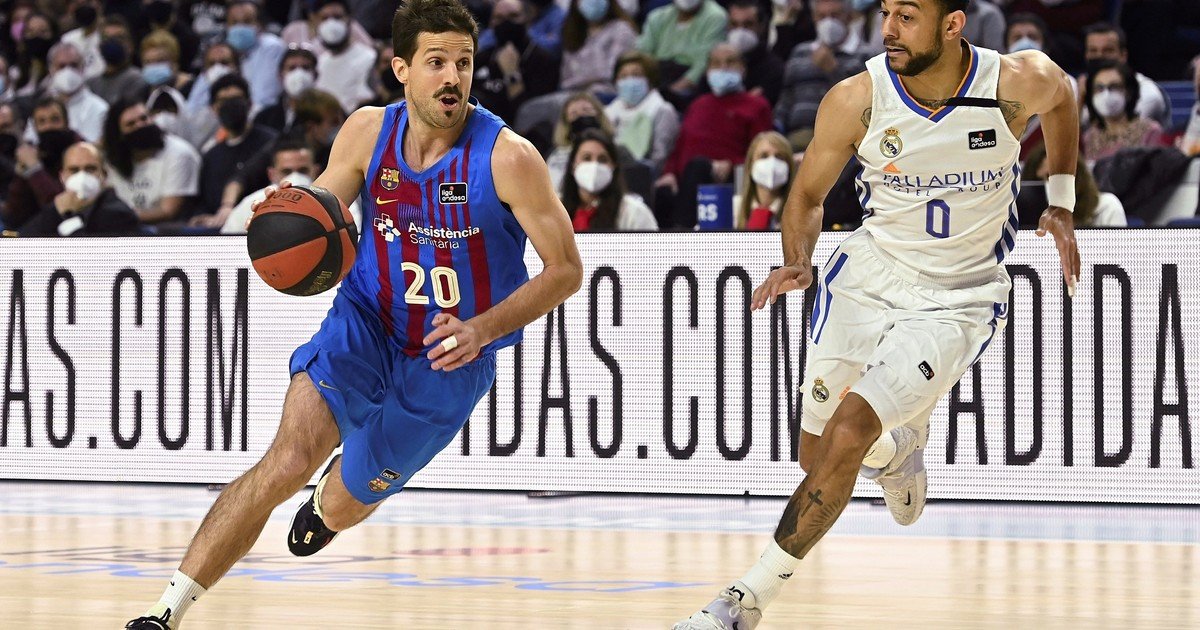 It doesn’t matter what sport you’re in, a Real Madrid–Barcelona it will always be a classic. Faces had been seen last month in the Euroleague with the victory of the Blaugrana in Catalonia (93-80), which repeated the celebration on the Merengue pitch, this time for the Spanish ACB League. The Catalans won 85-75, to reach 12 wins in 15 games and stay close to Merengue, the leader (16-2).

Unlike what had happened in December, this time there were two Argentines on the court, one per side: Nicholas Laprovittola in Barcelona and gabriel deck in Real Madrid. The friends passed each other and the point guard was the one who finished with a smile. Not only because his team won, but also because of his individual performance.

The point guard completed a complete match in all categories. Although he was not completely fine at the hoop (3 of 5 in doubles and 0 of 3 in triples), he finished with 9 points, being the fourth highest scorer for the winner, in which the Turkish Sertac Sanli had 17 and the Slovakian Kyle Kuric , 14.

That sheet was completed with five rebounds and six assists, sections in which he led his team. In the defensive part, the former Merengue contained the local creation well and left with a steal in 27m33s. Laprovittola was very active in the opening minutes and also in a closing that provided little suspense.

For his part, Deck, who made his Real Madrid debut against Alba Berlin on Thursday, was only on the court for 9:23, while he adapts after his truncated experience in Oklahoma City Thunder of the NBA. The 26-year-old from Santiago took just one shot, which he converted, and then also converted a foul into points to finish with four points. The forward grabbed two rebounds, but in that short period of time he also lost two balls.

At the WiZink Center, which had only 8,000 spectators as of the Covid protocols, he paid tribute to Paco Gento, Real Madrid football legend and honorary president. They also honored the memory of Lorenzo Alocén, former basketball player of the Madrid institution.

A very classic victory in Spain