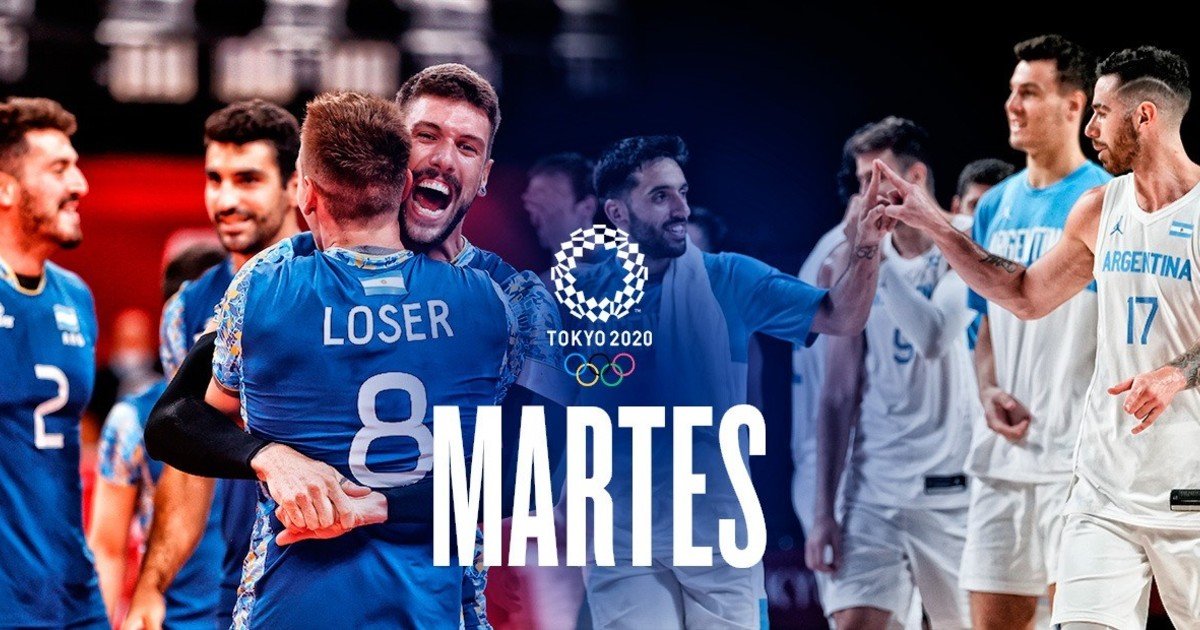 After the exciting victory of Las Leonas against Germany on Sunday night in Argentina, reaching the semifinals in Tokyo, men from other disciplines will seek to emulate them. They want to continue making history on Japanese soil. They want to continue nurturing that Olympic dream of going very far. With the support of a whole country that will make them endure from early in the first hours -for us- of this Tuesday, Those led by Oveja Hernández and the kids by Marcelo Méndez aim to get among the top four in basketball (starting at 9 AM) and volleyball (starting at 5 AM), respectively.

Those who will put first in a day that can be historic will be those of Méndez. From 5 in the morning, They will run into Italy, a country with a long tradition in this sport. Argentina will seek to overcome the quarter-final barrier, an instance it reached in the last two Games. Toned by the triumph against the United States (another power), Facundo Conte and company will face an Italian team that is going for a rematch after 2016 runner-up on Brazilian soil (lost to the local). Against Argentina, the crossing for bronze in Sydney 2000 is remembered. The medal was held by the tanos. In the current competition have lost only one match (vs. Poland). Can La Celeste y Blanca return to an Olympic semifinal after 21 years? In the memory, of course, is the memorable podium (third place) of Seoul ’88.

The volleyball team and a historic victory over the United States.

After the mark left by the Golden Generation (gold in Athens 2004, bronze in Beijing 2008, fourth place in London 2012), Hernández’s team wants to improve the performance of Rio de Janeiro in 2016, where they reached the quarterfinals. With Scola as the historical standard bearer, They will meet from 9 in the morning against Australia, a very tough rival, which has several NBAs. Among them, Paty Mills, San Antonio Spurs man. In the regular phase, the oceanic finished with a perfect score (three wins vs. Italy, Germany and Nigeria). But, of course, Argentina has its history and men who can fight it as equals, starting with Facundo Campazzo, figure against Japan, in the only victory out of three games played (defeats with Slovenia and Spain).

All set then. Two must-do dates to cheer on from home or at work. So that you are glued to the TV, cell phone or notebook and do not miss absolutely anything. Remember that they transmit TyC Sports, Public TV and Olé, minute by minute, as always.

Everything you need to know about volleyball between Argentina and Italy.

Everything you need to know about basketball between Argentina and Australia.