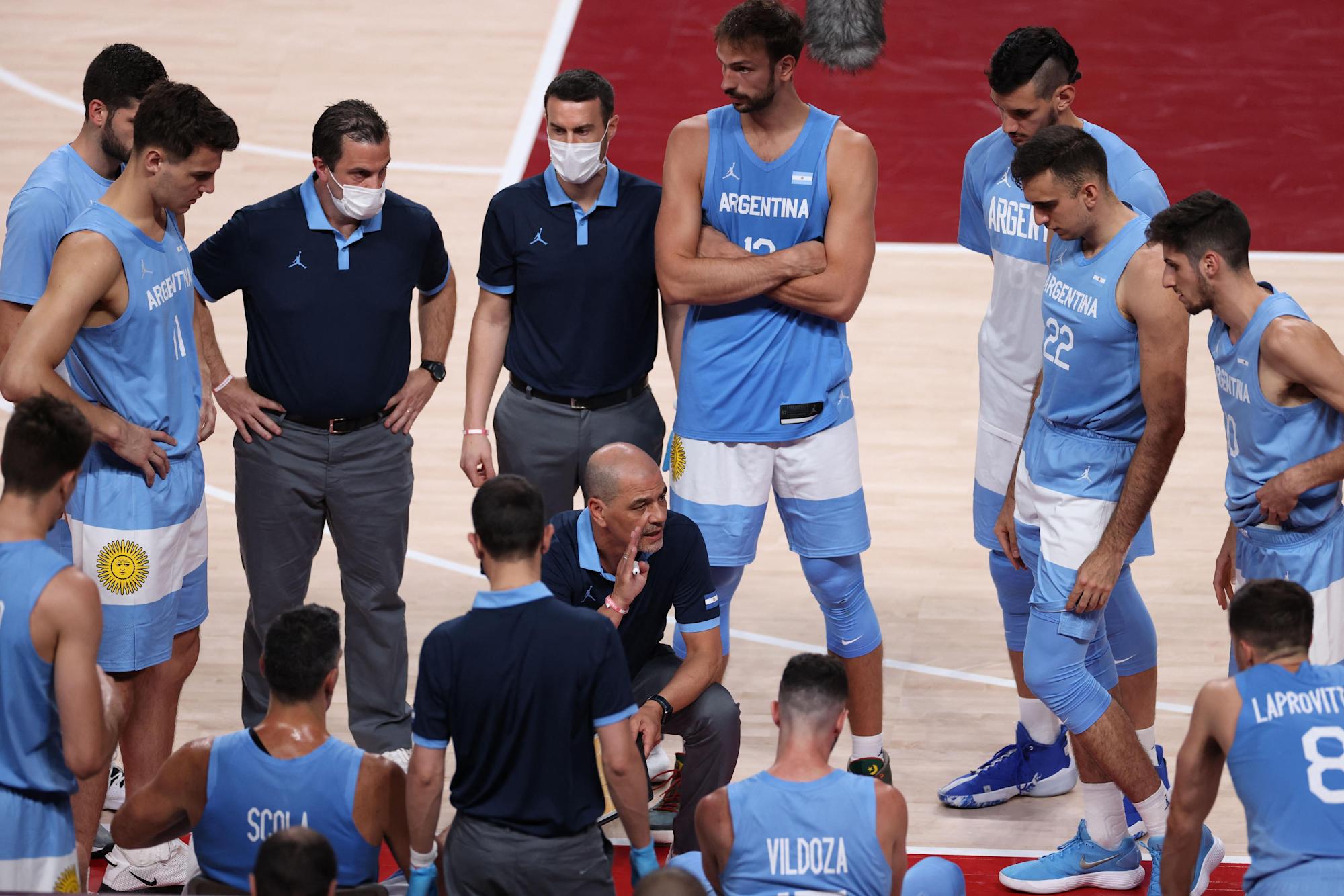 TOKYO.– From the debacle against Slovenia to a change of image in the defeat against Spain by 81-71. Until now, the Argentine basketball he did not smile at all in the course of Tokyo 2020 Y the poor performance suggested that he could say goodbye very early. But now he has hope thanks to the combination of results that occurred in other groups: this Sunday, at 1.40 of our country, the team headed by Sergio Hernández will play its last match in group C, against Japan. In the event of a win, his place as one of the two best third-placed teams, those who advance to the quarterfinals, will be ensured.

Worst Djokovic: He got angry, broke his racket, lost for bronze and withdrew from the doubles tournament.

First, Argentina must take care of beating Japan, a task that will not be easy. It is a team that grew a lot from the hand of the Argentine Julio Lamas in driving and that has two very decisive NBA players, such as Rui Hachimura (2.03m), from Washington, and Yuta Watanabe (2.06m), from Memphis . A favorable fact is that the North American pivot, nationalized Japanese, Gavind Edwrads, injured his right shoulder and will not be able to act against Argentina. But the most important thing for the national team is that they should only focus on winning the game, without having to worry about the margin.

Help from the United States

The fundamental aid that Argentina received was the extensive victory of the United States, which beat the Czech Republic by 35 points (119-84).

If Argentina loses, it will naturally be eliminated. If he wins, to be the best third (something that would only change his designation in the draw), he needs to beat him by at least 13 points, to overcome Germany (-16), the third in Group B. At this time our selected team is at -28. Czech Republic is already eliminated (-49). If you win by between 1 and 12 points, you will be the second among the best performing third parties.

The situation also favored the Japanese (-46), because if they beat Argentina they will also be classified regardless of the margin.

The new basketball system has many changes. In the past, two groups of six teams played and the best four crossed, depending on their location, with rivals from the other area. But in the last contests there were strong suspicions that several selected, unsportsmanlike, allowed themselves to win to avoid rivals or choose crosses that they considered more favorable. First it was Spain the team that suffered unexpected defeats against opponents that were supposed to be inferior (in London 2012) and then Lithuania (in Rio 2016).

To eliminate such questionable practices, FIBA ​​defined this new format, which also has several conditions. The first is a raffle. The group winners and the best runner-up (USA) will go to one of the draw drums. The two worst seconds (Italy and Spain or Slovenia), plus the two third parties, will go to the other.

The teams that already played in the first round, cannot cross again. And the best second will only necessarily play with a second classified. This means that if Argentina manages to beat Japan, it could only face France (first in Group A) or Australia (first in Group B).

The bad news: Garino was injured

The day after the fall before the black beast in the Saitama Arena served to rearm, but brought other bad news: Patricio garino has a injury of the biceps femoris in its middle third, as revealed by the MRI on the right thigh. While waiting for its evolution, the certainty is that the national team will face Japan with all the other results defined, so when you step on the pitch you will already know what you will need in pursuit of the passage to the quarterfinals of the Olympic Games. Obviously, the Golden Generation remained as a beautiful memory and the world runner-up in China 2019 is a record that has little to do with the moment of the team. Now it is pick and shovel, blood and sweat, with no margin to go beyond the furious present time.

Nicolás Laprovittola had a formidable start against Spain, but then faded and fell into some of the flopping Luis Scola warns of. (Eric Gay /)

That image of Facundo Campazzo against Spain breaking his shirt after the fifth foul (automatic expulsion), a symbol of the impotence caused by the rival. But little by little, back to concentration, the anger was diluted and a certain optimism was reborn. Like that of Luis Scola, who certainly does not give smiles or fantasize about scenarios that do not exist. “We played a good game against Spain and an upward line is clearly visible. Against Japan we need to play well ”, mentioned the captain.

In these days of loosening the muscles before the closure of the C zone, the intention has been to think about how to improve and find resources that will leverage this selection towards another dimension. Scola himself assures that today Argentina is below the top candidates in the Olympic tournament, but takes as a reference the performance against Spain to believe that all is not lost. The No. 4 aspires to reach the decisive crosses and “compete”, a trait that has characterized this team for so many years in which he was a central protagonist.

However, there remains a team issue that Scola does not negotiate with and that definitely makes noise. He was concerned about some individual attitudes that are not consistent with the DNA that this team knew how to generate itself. “We are taking some habits that are not so good for a team that wants to win. Over there we become too protesters. We had too much flopping [término que en la NBA alude a simulación de faltas] and for some of these protests did not come down to defend. Those are habits of small teams, of bad teams, that we had eliminated and now we have again.”He said after the second consecutive fall in Tokyo.

According to Scola, there are no kinks: “You can win or lose and one of the things will happen in the next game against Japan; that will put us in a place that we still don’t know where it will be. The reality is that there is a level of behavior and of respect this profession that we instill. We work it for many years and we can’t lose it”. The future of the selection was limited to the numbers, but also to a rise in performance.