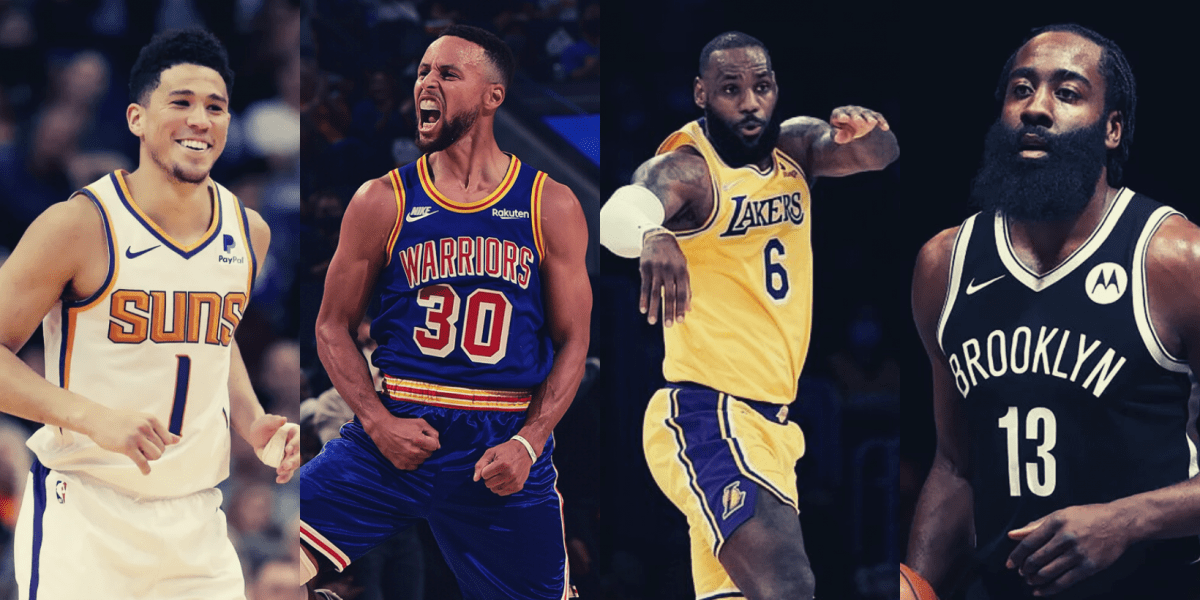 The figure is scary: more than 100 NBA players have passed this month by the sanitary protocol of the competition, which translated into a less formal language indicates an avalanche of positives for covid-19 in the league. Nonetheless, This December 25 the stars, or rather, those that remain available, will take to the track of the most anticipated day of the regular season, Christmas Day.

The damn virus has become strong this Christmas season around the world, and the upward restrictions in Europe contrast with the inaction in the United States, where the omicron variant also gains weight. Adam Silver, the commissioner of the NBA, is clear: “It is not within our plans to pause the season.” A 90% of the hundred registered positives by the league right now they are for the omicron variant.

This is what there is, advocates the NBA. And the message runs on two sides: first, the show must go on; second, you have to learn to live with the bug.

Living with the virus means pulling substitute players or veterans from another era, such as Joe johnson returning to the discipline of the Celtics with 40 years and Isaiah Thomas recovering sensations with the Lakers. They are the last minute replacements before the avalanche of positives that the franchise infirmaries occupy these days, a wave of temps that will awaken nostalgia in some and give the opportunity of a life to secondary of lower categories.

In the night of the great stars, several of them they should watch their teammates’ games from their homes, isolated from the rest of the world after having contracted covid-19 these last few days.

Although there are plans to reduce the mandatory quarantine from ten to six daysAt the moment the league is taking things with caution. It is a miracle that there are, for now, no suspension with teams like the Nets with ten players in protocols.

The list of casualties lacks several games of the day

Kevin Durant He won’t be with the Nets Luka doncic won’t play with the Mavericks and Giannis Antetokounmpo It is very difficult for him to get to the big date with the Bucks. They will not be Bring young with the Atlanta Hawks or Andrew Wiggins with the Golden State Warriors, who will probably play the most interesting game of the day against the Phoenix Suns.

The duels between Warriors and Suns remain on their feet and in good health, a team that has practically not been affected by the outbreak in the competition, and the one that will face the Lakers against the Nets thanks to the last-minute return of James harden, who has left the protocol and may be at the appointment against Lebron James.

This second match will be short of Durant and also a Kyrie irving who had just announced his return despite his unvaccinated status. Right after signing peace with his team, the point guard contracted the disease and entered the protocols head first.

In case the absences due to covid-19 weren’t enough, others due to injury such as Anthony Davis or Kristaps Porzingis They have just clouded the panorama of a day that will leave good moments but also a bitter taste of everything that could have been.

An incentive for each game

There is no NBA game without history, and the magic is yet to make an appearance on the courts. In New York, un Kemba Walker in a state of grace threatens to screw her up again at Madison Square Garden. He comes from averaging 31.3 points in his last three games and scoring 44 points for the Washington Wizards on the eve of the big event.

In Milwaukee the current champions will not have their greatest exponent, but the Celtics will have all their aces on the track. Jaylen Brown looks good on Christmas shocks, and the context with 8 casualties for Boston may lead to a recital of his or Jayson Tatum, more forced than ever to pull the car.

The Suns-Warriors is the duel of the day. The leadership of the competition is played and the main stars will be on track: Curry, Booker, Green, Paul, etc. At 11:00 pm it is a gift. The presence of LeBron James and James Harden can save the low-minimum duel between Lakers and Nets, two teams marked in recent weeks by casualties.

Finally, things are looking bad for the Dallas Mavericks with Doncic and six other players out due to covid. The doubt of Porzingis has just annoyed a game that everything indicates that they will take a Jazz in shape and without affectations by the virus.

A different Christmas: the covid-19 bitter the great party of the stars in the NBA