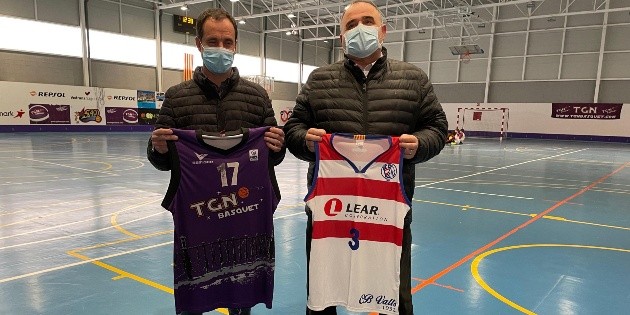 The schedule for the second phase of the women’s Copa Catalunya could not have been more capricious. A derby to open the most decisive section of the course. Here the defeats are more expensive than in the previous phase, when each team won the clash on its track. As much as to force you to play the promotion or even direct relegation to the First Category if you finish in third or fourth place, respectively. Neither TGN Bàsquet nor CB Valls want to find themselves in these situations and from this Sunday (8:00 p.m.) at the Pabellón del Sagrat Cor they will fight to avoid it.

Although it is a new phase and the previous triumphs do not count in the new stage, for Víctor Neila, TGN Bàsquet coach, “the trajectory of the teams does have significance at the level of sensations”. An opinion that is not shared by his counterpart on the rojiblanco bench, Benet Ibáñez: «The references are useless. We all play it from scratch, although they have a dynamic with more victories ». In this sense, the coach of the Vallenses points to a game with “more nerves than in the first phase due to the desire to start this new phase with a victory and enter into a positive dynamic.”

Whether or not it counts in qualifying terms, a derby is still a derby. A game that “you always want to win”, said Neila. The purple coach believes that the team “that imposes his style will be the winner.” In this sense, the Tarragona coach recalls the clash at the Joana Ballart, with a defeat for his team, as “an alert” of what should not happen. «We did not know how to impose our rhythm and they managed to set a slow rhythm. They were also successful at certain times. They are mistakes that we have to learn from.”

Ibáñez does not hide that this match in the capital of Alt Camp is the mirror in which they look at themselves in order to have options to surprise TGN Bàsquet. “We have to take the game so that few points are played. Be tough on defense and try to control the rebound. But the most important thing is to reach the last quarter with chances of victory like we did at the Joana Ballart”. Benet Ibáñez points out that the victory will be in the small details: “Whoever has the most success, less nerves, more talent at specific moments and more luck will win the game.”

In what there is no discussion between both technicians is in the role of favorite. Both agree that it is a poster that will be displayed at TGN Bàsquet. And so the girls of Víctor Neila assume it. “Because of the previous classification and because we play at home, we assume that we are the favorites.”

As for the casualties of both teams, Benet Ibáñez points out that Julia Cañellas is ill and it is likely that she will not arrive. An absence that further complicates the coach’s plans. “We have a short squad of only eight players that we complete with senior B and youth, but they are also suffering casualties. We’re not having any luck.” he points out.

For her part, Neila almost ruled out Irene Fernández and Carla Díaz, in the process of recovering from their respective injuries.