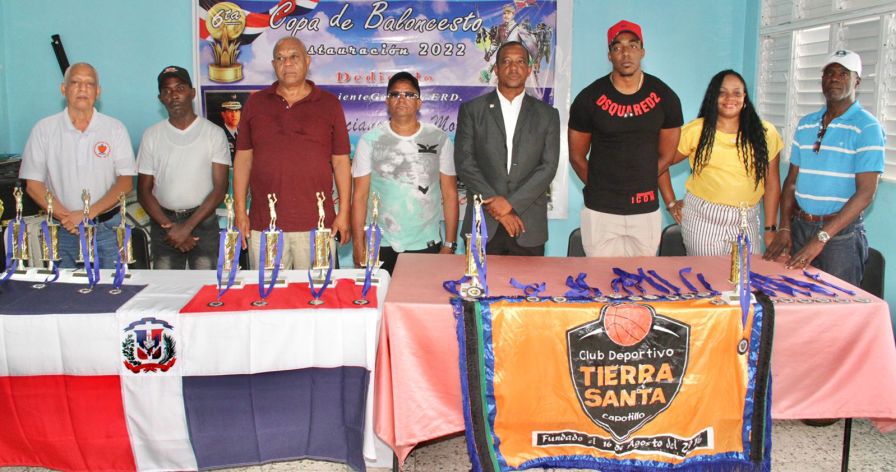 SANTO DOMINGO.- The Sports Club Tierra Santa of the Capotillo sector of the capitalannounced this Wednesday the celebration of the sixth “Restoration Basketball Cup 2022”, which will take place from next saturday 13th august to September 2 with the participation of more than 400 athletes and dedicated to the Defense Minister, Lieutenant General Carlos Luciano Diaz Morfa (ERD).

“We have dedicated this sixth Restoration Basketball Cup 2022 to the Minister of Defense, Lieutenant General Carlos Luciano Díaz Morfa, for his contributions to guarantee the security and sovereignty of the nation. For his support of technical-professional training through the Vocational Schools of the Armed Forces and the National Police, for being a sports lover and giving his support to disciplines such as basketball and soccer”, informed the president of the Deportivo Tierra club. Santa Hood, Danny Perezannouncing the details of this competition.

The activity opens at 3:00 in the afternoon of this Saturday the 13th with five teams in the minibasket category and four in the Sub-20 category, as well as six teams in the Pre Superior category (U-25), which come from La Zurza, Villas Agrícolas, Las Cañitas, Simón Bolívar, Capotilloamong other neighborhoods of constituency number three of the National District.

The ages of the players who will see action from this Saturday in the sixth “Restoration Basketball Cup 2022”, which will be played at the facilities of the aforementioned sports center, as well as at the Salomé Ureña basic school, located on 16th street, corner sixth street of the Capotillo expansion, they range from nine to 25 years old.

The club leader also explained that “the winning athletes of each category and leaders will be awarded, a parchment of recognition will also be delivered to all the participants in the tournament.”

Dany Pérez was accompanied at the press conference by directors of the Capotillo Oeste Neighborhood Council (JUVECO), cultural, community and sports leaders from that area in the upper part of the capital.