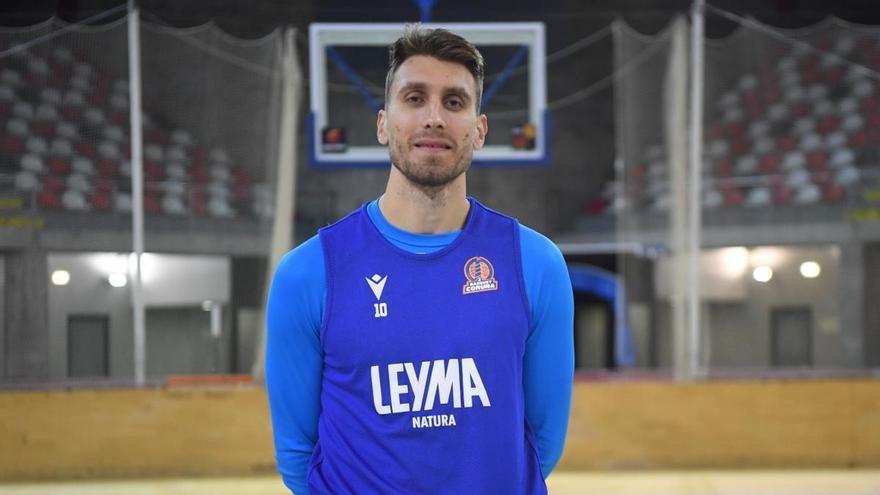 “We are the same team that beat Almansa by twenty points,” he reflected. javi vega in an interview after the defeat against Oviedo, who at that time was the bottom team and who had lost all his games. Something like the classic, neither when we win are we so good nor when we lose are we so bad. But sport is like that. Results. And victory tends to exalt the virtues and cover the shortcomings and defeats, to highlight them. and so the Leyma He has reached matchday eleven pulling from his victories to hide that there is something in the team that does not finish carbureting, especially at an offensive level. How would Luis MoyaEpi tries to rip it off. Gipuzkoawith a recital of three-pointers (12 in three quarters, in the last one he hardly needed to score more, although he added the thirteenth in 26 attempts, 50% for Leyma’s 8 of 28), yesterday attacked the Riazor Sports Palace, where the oranges had shown their most reliable version. It was not enough for them, in tow from the 0-8 start. They only dominated the score at three moments (34-31, 34-33 and 36-34), which allowed them to reach the break alive (36-39). Another blank start cost him a 0-9 run (with three triples from the Basques) from which there was no recovery despite the efforts of Ingus Jakovics and Atoumane Diagnethe most inspired with 21 and 14 PIR.


The direction, in fact, was one of the highlights of the game for the A Coruña team. Despite the bad mise-en-scène —of which Diego Epifanio He took full responsibility at the end of the game, regretting not having known how to make better decisions from the bench—, Goran Filipovic He was waking up his team based on assists, measured passes for easy baskets from his teammates. with a triple of Yunio Barrueta —yesterday again insistent on shooting with 2 of 9— the 0-8 was overcome to reach 13-13. Almost like starting over but eight minutes less. Gipuzkoa closed the quarter with a triple (19-23). He was the fifth of the first ten minutes. At record pace. The success of the visitors had to suffer at some point. Although they gave a stretch that forced Epifanio to stop the game with 21-30. The dead time served because after him the Leyma He dominated for the first time and with a 13-1 run he turned the score around to get to 34-31, including three triples, two from Jakovics and another from Font. There were 2:45 left for the break and the oranges got the upper hand with anxiety again to go to the locker room with 36-39.

📝 We fall into #OFornodeRiazor Thank you fans for your support 💪🏼

The start of the third quarter was explosive for the Basques. Three triples in a row —ten the visiting team had at that time, 30 of the 48 points that had gone up to their score— for a 36-48 that was already beginning to be dangerous. New forced timeout for Epifanio. And slight orange reaction. But each time he raised his head a new triple of the Gipuzkoa it sank again. She bottomed out: 43-58. Also the ball refused to enter. He was walking around the hoop at that moment with a shot from Font and with the subsequent tapping from Diagne, increasing anxiety and with a ten-down deficit to face the last quarter (50-60). The Senegalese center became great at the beginning of that last period. At 56-62, with the first triple success of javi vegawas the closest he got Leyma. A 2+1 from Jakovics also left him at the gates (66-73). There were four minutes left and Leyma did not score again until the scoreboard reflected only seconds to play. Gipuzkoa continued to do its thing. And he broke the tiebreaker between the two that leaves the people from A Coruña out of the playoffs.

Referees: Sanchez, Baena and Benavente. Without eliminated due to personal fouls.