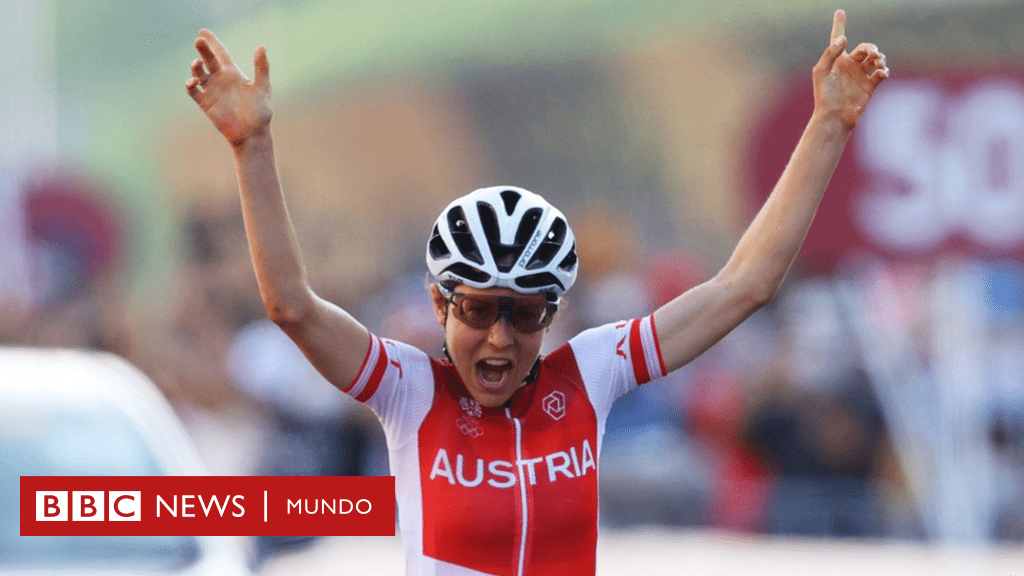 The Olympics are made of feats or failures, unknown athletes savoring glory or stars biting the dust, and Tokyo 2020 already has big surprises both ways.

From gymnastics to basketball, from swimming to tennis, the first competition weekend in Japan was filled with awe.

Here is a short chronicle of five of those moments:

1. A mathematician wins in cycling

Anna Kiesenhofer’s gold in the road race this Sunday was surprising even for her: “I can’t believe it,” said this Austrian mathematician after crossing the finish line on her bicycle and crying with emotion, lying on the asphalt.

The great disappointment was taken by Annemiek van Vleuten, from the strong Dutch team, who was so convinced of her triumph that when she passed the finish line she raised her arms as a sign of victory … without knowing that she was actually second.

Also the British cyclist Lizzie Deignan thought that the gold belonged to the Dutch: “The best won the race today, Annemiek was clearly the strongest,” she told the BBC.

The key for the 30-year-old Kiesenhofer was to come out front from the start and take enough distance on her escape to become invisible to the other competitors, who never seemed to notice her lead.

Without being part of a professional team and just in his Olympic Games debut, Kiesenhofer thus obtained the first cycling medal for Austria in 125 years.

2. The Tunisian who swam the fastest

How many had heard of Ahmed Hafnaoui before the weekend?

At just 18 years old, this Tunisian went from being a virtual unknown to the world to giving another of the great surprises on Sunday in the 400 meters of free swimming.

With three minutes 43.36 seconds, Hafnaoui finished ahead of the favorites from Australia and the USA to the amazement even of himself, who took the podium in excitement.

“I can’t believe it. It’s a dream and it has come true. It was great, it was my best race,” he said.

Just a couple of years ago, he had said that his goal was to reach gold only at the 2024 Olympics in Paris.

Tamara Gil, special envoy of BBC Mundo to Tokyo, reported that a question was repeated among journalists and spectators in the aquatic center after the race was: “But who is it?”

The fall of the United States men’s basketball team against France this Sunday has been noisy.

Team USA had come off gold in the last three Olympics, with a streak of 25 consecutive games won and without a loss since the 2004 Athens semi-finals to Argentina.

But in the debut of these games France beat the team led by Gregg Popovich and led on the court by Kevin Durant 83-76.

The key to the result was in the third quarter, when the Europeans outscored the North Americans by 14 points, who never achieved a convincing game as a team.

The performance of Frenchman Evan Fournier was also decisive, with 28 points.

While the USA is always a favorite in basketball, their preparation for these games had already left doubts as they lost to Nigeria and Australia.

This Olympic event is missing NBA stars such as LeBron James, Stephen Curry or James Harden, but Popovich has talents such as Adebayo, Tatum or Lillard in addition to Durant to try to recover on Wednesday against Iran.

4. The fall of a Japanese star

Kohei Uchimura’s right hand was suddenly released from the high bar after an extraordinary maneuver and the Japanese, considered by many to be the greatest male gymnast of all time, fell to the mat unexpectedly.

Uchimura, who had achieved gold in the London 2012 and Rio 2016 games, thus lost his hope of repeating the glory or just getting on the Olympic podium in his country, when he was out of the finals on Saturday.

“In the last three Olympics I had been able to match the level of performance that I achieved in training, but not this time,” said the 32-year-old athlete.

“I think I have reached my peak. Even being selected for the Japanese team was quite difficult this time,” he declared.

While he had said that he would retire after these games, he left the door open to continue after this fall.

“It may not be my last competition,” said Uchimura, whose country plans to host the world championships in artistic and rhythmic gymnastics in October.

“Let me think about it,” he asked.

5. The elimination of the number one in tennis

Ashleigh Barty arrived in Tokyo as a favorite, being the world’s number one in women’s tennis and a Wimbledon winner just two weeks ago.

But the Australian had a quick elimination in the first round against the Spanish Sara Sorribes, 48 ​​in the ranking, who beat her 6-4 and 6-3 on Sunday.

“I still have goose bumps,” said Sorribes, 24. “This is mind-blowing.”

Barty’s defeat under the strong sun in Japan is seen as a new sign that today’s women’s tennis can be more even than anticipated and anyone can be eliminated, something that she had anticipated at some point.

Now you can receive notifications from BBC Mundo. Download the new version of our app and activate them so you don’t miss out on our best content.