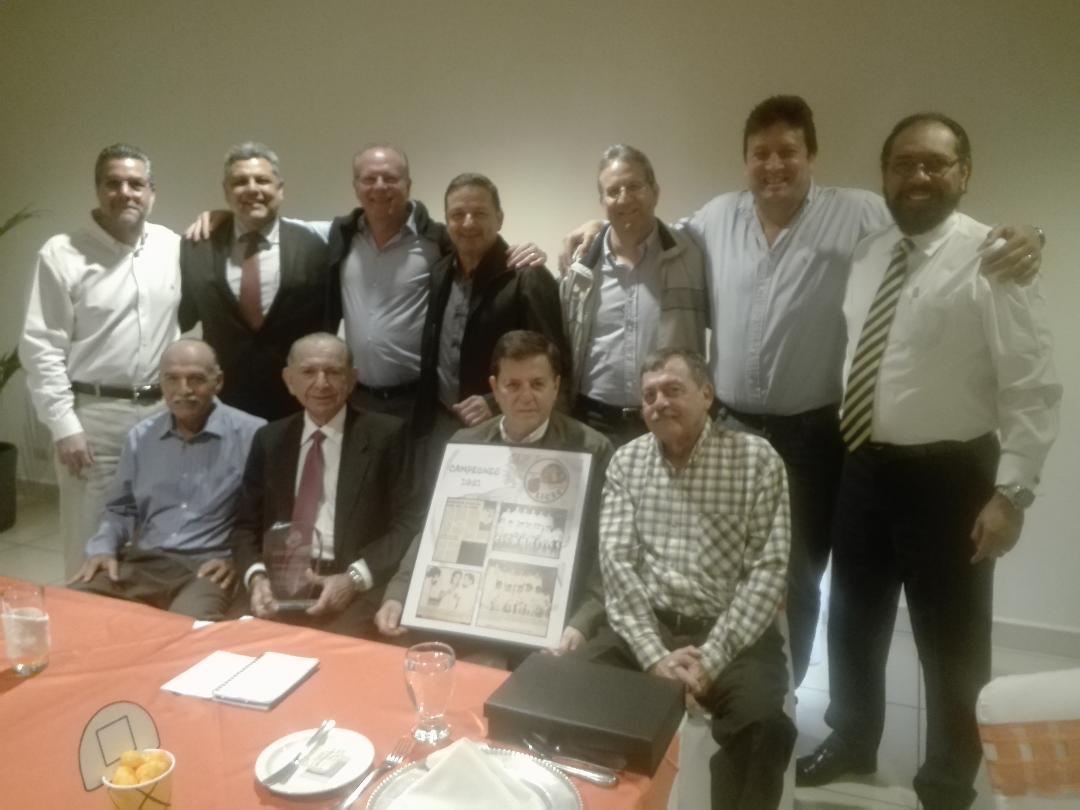 TO The late seventies and early eighties, when disco music and the Menudo Group drove thousands of boys, girls and adolescents crazy in this country, the screwed lion of the Salvadoran Lyceum set the tone and rhythm in student basketball in their different categories. They were those happy and euphoric years in which the national gym always looked crowded to give atmosphere to the “masconazos” and college basketball classics of the first.

In that distant golden age, -which is becoming more and more difficult to match-, it was the Salvadoran High School that, having collected the post left after its retirement by the Externado de San José, maintained the supremacy of college basketball and everyone wanted to give it a try. the net.

It was in the years 1981, 1982 and 1983 that as a product of a process of child-youth quarrying and having as its star figures the coach Carlos Armando “El Mago” Lahud and Ricardo “El Zurdo” Bustamante, as the spark plug and gunner of the team , that the screwed lions of the Salvadoran High School added a triple crown in the first. Three consecutive titles in which the Marists had to leave soul, life and heart to overcome the resistance and tenacity of Santa Cecilia, Don Bosco, Instituto Cervantes, INFRAMEN and Colegio Divino Salvador.

Teams that in each spectacular game shot the lion down by pulling its tail, its mane and poking its ribs, but they did not defeat it. With contagious rhythms, a shower of confetti and pompoms, the quintets were loudly animated from the bleachers and certain girls were almost “infatuated” by the most handsome, led by “the southpaw” who could not ask for phone numbers.

A couple of years ago and a private social club, several of these guys got together to commemorate the 38th anniversary of that brilliant feat and to pay posthumous tribute to the famous Brother León. Reception that without intending to, would be the emotional earthly farewell for Don Billy Korn, who left the heavenly dream team and in which the Diario Co Latino managed to filter this reporter.

The star of those quintets, Ricardo “Zurdo” Bustamante expresses: “The three were cardiac finals and I believe that they endure in the mind, the retina and the heart of the thousands and thousands of members of the great Marist family. Most of us who were crowned tri-champions were forged in a process of infant-youth categories ”.

While Aldo Conde says: “Of the three titles the most special and pleasantly remembered was the one won in 1981 to Santa Cecilia because it coincided with the centenary of the World Congregation of the Marist Brothers. And there could have been four, but by higher orders we were not allowed to participate in the 1980 championship and this tournament was won by Don Bosco, by Enrique Samour.

For Frank “El Chililllo” Villanueva, “having been part of that golden stage of Marist basketball was a true honor and I thank God for that. The Liceo gave me my lifelong siblings and we are always united ”.

Finally, Rolando Carrillo, one of the members of the technical staff, states that the 81 team had several 80’s players who were a good team and with a good shooting. In general, the Lyceum maintained the base of the previous years whose training had begun in the quarries of mini-basketball, directed by Ernesto Góchez.