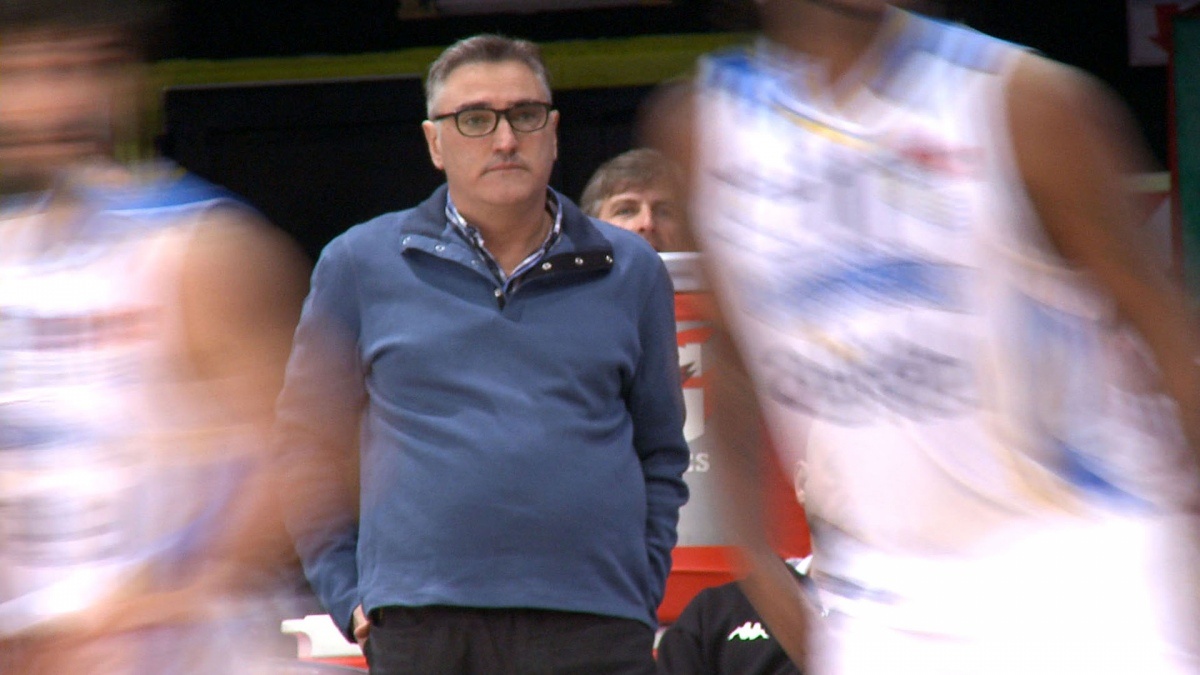 The documentary “3DT”which premieres this Thursday at the Gaumont Cinema, recounts the sporting achievements of the so-called Golden Generation of Argentine basketball with a focus on the three technical directors who forged it for a quarter of a century, Ruben Magnano, Julio Lamas Y Sergio Hernandez.

Directed by Joseph Glusmanthe feature film, which intersperses archive videos with interviews with luminaries of that famous Argentine basketball team that reached its greatest achievement by winning the gold medal at the 2004 Athens Olympics, focuses on the testimonies of the three coaches, who explain detail the group dynamics that took them to the top of the sport.

The film will premiere at the Gaumont and will have daily screenings at 14, 18 and 22 until November 9, in addition to being available until that same date for free on the Cine.ar Play platform and being screened on the Cine channel. ar today and Saturday 5 at 22.

In addition to Magnano, Lamas and Hernández, the interviews include the reference players of the Golden Generation: Emanuel Ginobili, Luis Scola, Andres Nocioni, Fabricio Oberto and Juan Ignacio “Pepe” Sanchez.

“It may sound like a lot, because you cannot transfer the management of a team to that of a country or a society, but the contribution (of the Golden Generation) is to show a way in which the construction of all, the common good, prevails and out there it gives us a clue as a society so as not to get caught up in this that is hurting us so much “Glusman said in dialogue with Télam, about the spirit of the documentary.

The director added in this regard that the important thing about the imprint of this successful team is “learn to preserve what is good and build on it, not to stop at the opposites or egos, working together, looking for horizontality and seeing how You can contribute a grain of sand for conflict resolution, bridging the gap that is weakening us as a society”.

“Gathering five stars does not make you a team… on that point, you should not promise what cannot be fulfilled, like saying that ‘we have the best team of the last fifty years’ and walk away with 50,000 million dollars of debt or that ‘we came back to be better’ and we have the highest inflation. (The imprint of that team) is to jump over those things and not do what you want, but what you have to do “graphed the filmmaker, responsible for titles such as “Leon, reflections of a passion” (2015) and “Fisherman” (2017).

The director determined that “Life is conflict and the big difference is that this group has always put its heart to conflicts to resolve them, never used them as an excuse to break things, which is often what happens at the leadership level in the country or another sport, like football; this goes the other way”.

Télam: Is the documentary for a knowledgeable viewer who follows basketball or does it aspire to a general audience?

José Glusman: It’s not about going over technical aspects of the game: the attempt, from the conversations with them, was to discover a way of driving, resolving conflicts, putting off egos and thinking from the coaches to the players, as human beings, beyond talent. From leadership and training, the three coaches have an important pedagogical aspect, even when the player they coach is a millionaire star. An orchestra director is not very far from a technical director, in terms of leading, putting his hand on him, giving him his stamp, not allowing egos to betray and seeking horizontality. The documentary seeks to inspire in that: to be able to overcome all those general differences in pursuit of common goals. The team is more important. A common goal is better than personal, playing with others is more beautiful than playing alone. In the montage I thought it for the lowest level of knowledge of basketball, you don’t have to know about the subject to see this.

T: Why was a documentary like this necessary? Do you think there was not enough emphasis on the careers of these three coaches as there was on the players?

JG: The Golden Generation players, who are mega stars, are used to talking about themselves because they are always being asked about themselves. I don’t know if there are documentaries about the coaches. Just some sports program. Until now there had been no notion that what we recognize as “the Golden Generation”, which was the gamers, was not just the extraordinary gamers. Those heads were needed to the front to be able to resolve conflicts. It was a group led by only three people in 25 years. Three people who handled themselves in a very particular way… you have to be an assistant to one and then you be an assistant to another, it is an important detachment from egos. To be able to understand that it is not to lower the price of that place but to understand that, in the sum, that is more. Magnano was also an assistant for eight years and in the end his background in that role gave him a knowledge that he was transmitting to his team. Putting the best on the pitch doesn’t necessarily make you a team.

T: This is your third documentary and the second about basketball. Is this the most ambitious of the three because the theme is better known than the others and it had testimonies with figures that were more difficult to obtain?

JG: It is possible. In fact, it’s the longest film I’ve ever made. My other documentaries were more niche. In addition, this is the living story told by them, who are very well known, and that makes it easier to transmit what the documentary contains. Because the names are fresher, it is recent and very international history, because some of those who are there are idols in the most unexpected countries. The emphasis is not so much on the characters, beyond the fact that it is called “3DT”, but on the process that these three men made. Because it was not a project, otherwise it would have been a great success of the leadership; although there is a leader, but it is not that it was planned. It was a process that occurred from certain personalities that are these three DT. It was configured on a common look and common goals above the personal and the ego.

T: What does the documentary clean up?

JG: That what these guys did is huge, what they achieved was unique in history. The place of the coaches and what the players transmitted. Because when they were young they went to the world championships to play against the Americans, the Serbs and the Russians but to have autographs signed. And these coaches convinced them to go compete and maybe beat them, which they did. Putting that change of mentality into such players produced that chemistry. (The contrast is that) in the same period of time, the Argentine soccer team had 15 coaches.

‘3DT’, with the perspective of the three technicians of the Golden Generation of national basketball