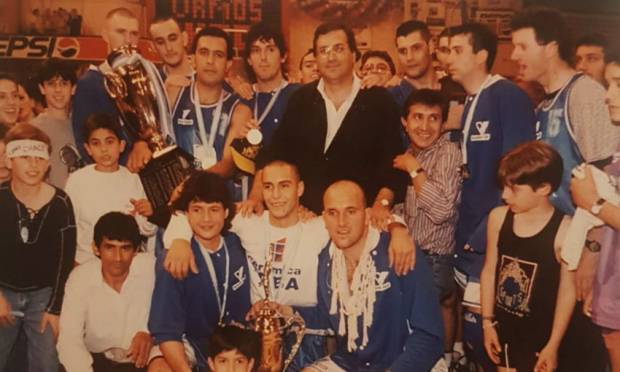 25 years ago, the Chaco basketball team won his first Argentine title.
It was on August 18, 1996 when, in a Resistance Regatas stadium overflowing with spectators, the provincial team defeated Santa Fe by 100 to 75 to win the first trophy of the ‘Most Argentine of the Championships’.

In the 62nd edition of the contest, the Chaco team played seven games and won them all. The team was made up of players who shone in their respective clubs and a Carlos Patricio Simoni who became one of the great stars not only of our representative but of the event.

In the final he reappeared on the Santa Fe road.

The game was played at the Club Regatas in front of about 5,000 spectators who raised a total of 22,000 pesos at the time, and the team led by Guillermo Arévalo was always at the forefront on the scoreboard.

It was a domain from start to finish with a great task from the Simoni-Pláceres-Jorge Corbalán tandem, and the driving from the base of the experienced Luis Cequeira. At the end of the first stage he already prevailed by 49 to 37 and ended up flourishing to win 100 to 75.

In the preliminary match, Córdoba got third place by beating Buenos Aires (84-64).
The final scorer was Pláceres with 21 points, while Jorge Corbalán scored 18 and Simoni 17. It was the first crown, with the special flavor of having been consummated in our province.

The other medal was also obtained from home in 2012, when Santiago del Estero (76-66) was defeated in the final.

EIGHTH IN THE RANKING

The Argentine Senior Basketball Championship began to be played in 1928 and since then 85 editions have been held, the last in Formosa in 2019. Chaco is in eighth place in the ranking of Argentine champions with 2 titles, those achieved in 1996 against Santa Faith (100-75) and that of 2012 with Santiago del Estero (76-66).

In addition, our province has 4 runners-up.