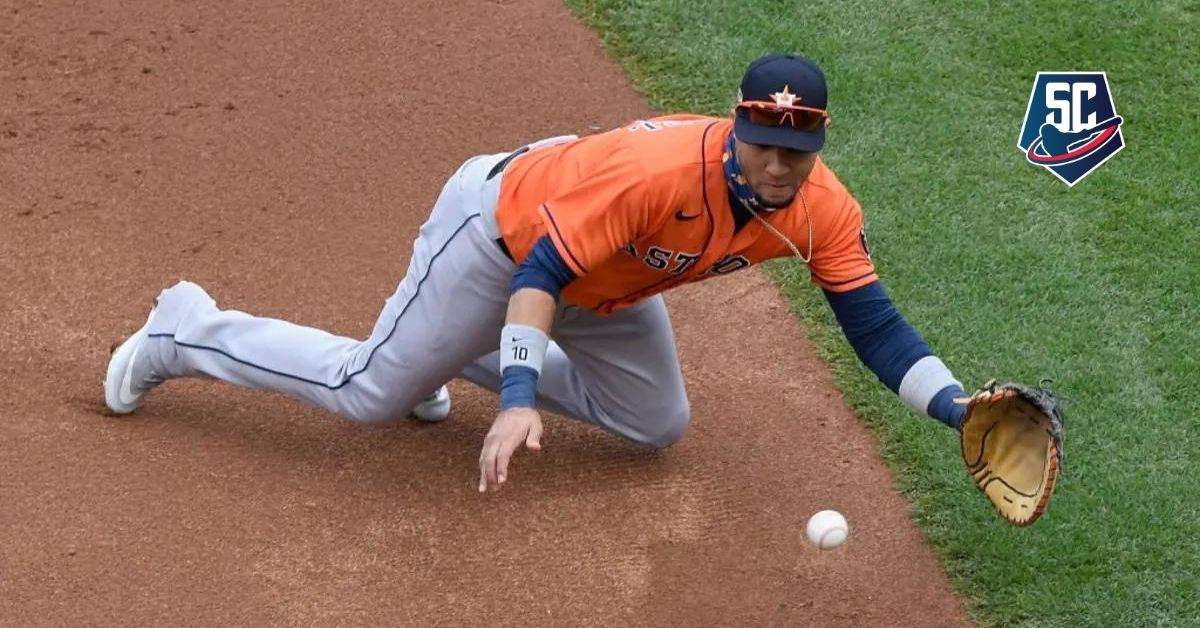 Whenever a ranking of the best baseball players by position is made, it brings with it controversy. It is no less true that this type of task is complicated and generally criticized by the fans. Pleasing all the fans is impossible, no matter how many elements have been taken into account when determining the placement of each player on the list, it will never be enough.

However, sometimes there are decisions that draw powerful attention due to the lack of objectivity and for being very distant from reality. In this case I want to refer to the inconceivable 24th place in which the starting first baseman of the Houston Astros was placed, yuli gurrielin the ranking created by a Yahoo Sports staff regarding the best first basemen for the 2022 MLB season.

I am of the opinion that those responsible for guarding the first pad should be long-range hitters and born tugs. But there are always his exceptions, for example: the immortal Panamanian Rod Carew, who many remember as a second baseman, played more challenges as a first baseman (1,184) than as a second baseman (1,130) in his extraordinary career and was not exactly characterized as a hitter. of power. But his mastery in the Home Plate was from another galaxy, he could do with the wood whatever he wanted.

Another star first baseman, Mark Grace, was one of the best first basemen of his generation. However, the 4-time Gold Glove winner never managed to hit 20 home runs or drive in 100 runs in any of the 16 seasons he played in the Majors. But he finished his career with a .303 batting average, 2,445 hits, 511 doubles and 1,146 RBIs. Grace is not yet in the Cooperstown Hall of Fame.

It may interest you: Pedro León: From Cuba to Houston, 4 million later and the excitement of playing alongside José Altuve

Yuli Gurriel is not Rod Carew, nor does he resemble Mark Grace in his game, but the Cuban has talent, make no mistake about it. With all due respect to the Staff that compiled this ranking, the batting champion and winner of the Gold Glove Award in the American League last season should not be ranked 24th among the best first basemen.

Before writing these lines, I analyzed in detail everything that Yuli Gurriel did the previous season so as not to get carried away by passion or predilection. Well, as a result of my search, I confirmed that although it is tolerable that Yuli is not taken into account in the top 10, her name should not appear after the first 15 on the list.

In this list we find two more Cubans among the first 24 named players, Joseph Abreu and Lourdes Gurriel Jr. “Pito” is an extraclass, they placed him in 7th place, he could have been better, but the margin of error up to this point is admissible. However, in the case of Yuli’s younger brother, he played as a first baseman in only 11 games last season and in 119 he did it as a left fielder, I still don’t understand why he is ranked 22nd in this ranking. Not because I doubt his quality, since he is one of the best LFs currently in MLB, but because he has played many more games in the outfield than at first.

But the same thing happens with other players, such as: Austin Riley, the Braves’ star 3B is a great player, there is no doubt about this, but he played 10 games as a first baseman and 156 as a third baseman (his position natural). DJ LeMahieu is another who played fewer games as a 1B (55) than as a waiter (83), but he also counts in this ranking. Like JT Realmuto, the Phillies player is one of the best catchers in the Major Leagues, he only played 16 games at first, while he did so in 118 games behind Home Plate. Jake Cronenworth also applied at 1B, despite appearing in 24 games at 1B and 94 at second base. All of them appear in a better position than the Cuban Yuli Gurriel.

It may interest you: OPINION: Trust Christian Yelich and Milwaukee didn’t give away $218 million

But let’s better see who are the first basemen who were ranked above the reigning American League batting champion:

It really caught my attention that a player like “La Piña” was not considered in this ranking, as he deserves. You may or may not sympathize with the Cuban, that is not questionable, each fan, journalist, etc., can discern with respect to his person. But you should not be unfair either, in these cases you have to be impartial, the truth must always prevail. I am not going to go into detail about why Yuli deserves a place higher on this list, since it would take too long to compare his 2021 performance with each of the selected ones. In order not to complicate or prolong this matter so much, we only have to ask ourselves: Isn’t the current leader of the hitters and winner of the American League Gold Glove not among the 20 best players at his position? Nothing more to add.

Yuli Gurriel IS NOT among the best MLB first basemen, according to Yahoo Sports