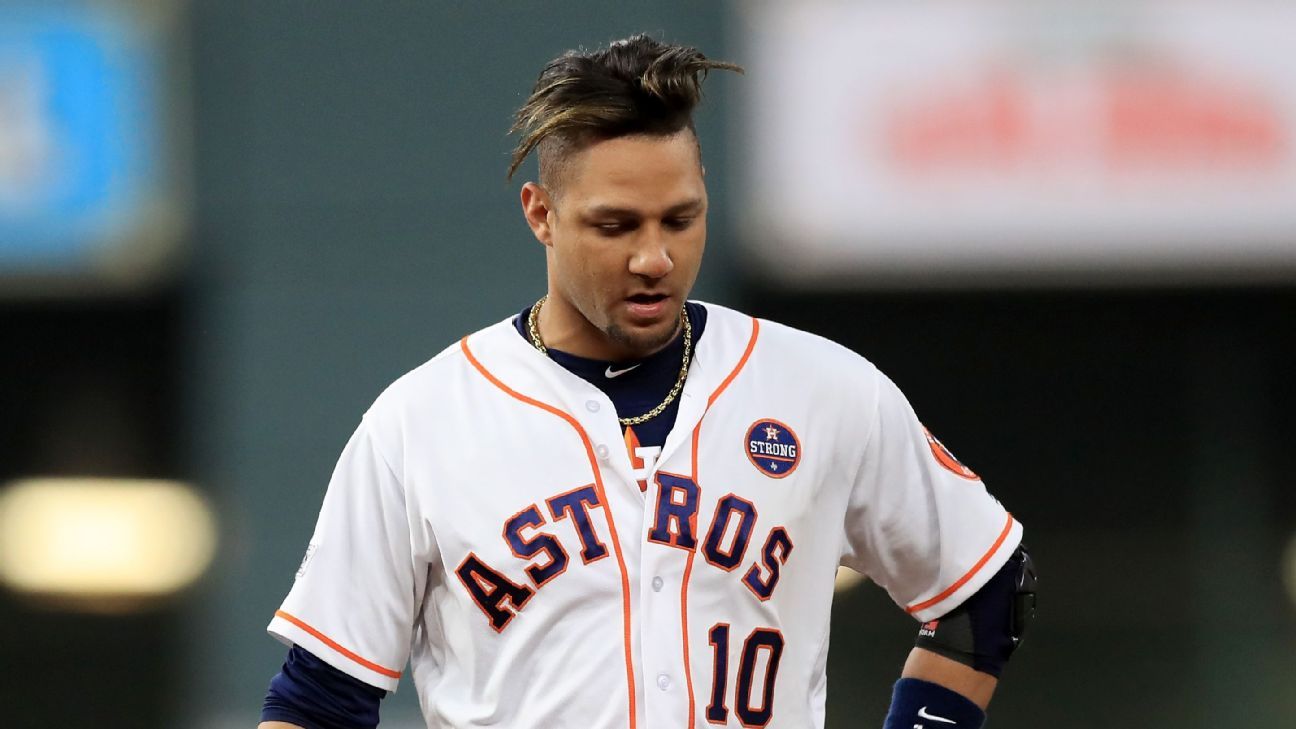 The leading hitter for the 2021 season in the American League and also a Gold Glove winner as the first baseman for the Houston Astros, yuli gurrielassured that the Cuban government denied him an entry permit to his native country.

“(The Cuban authorities) said that everyone (the rest of his family) could enter except me. When we asked why, they hung up (the phone) and gave no further explanation,” Gurriel told the SwingCompleto channel.

The 37-year-old player explained that he did not intend to go to the island until the eight years imposed by the government on those athletes who leave an official delegation were completed. But he noted that he changed his mind after being told the time limit had been lowered to five years.

Yuli and her younger brother Lourdes Gurriel Jr.., who plays for the Toronto Blue Jays, left the Cuban Ciego de Ávila team that participated in the 2016 Caribbean Series.

The baseball player confessed that he wanted to see his people, but especially his grandmother “who is the oldest.” He added that although everything was going well, he had even received his passport, he had a feeling that something bad was going to happen “I was surprised, I said, ‘the government is always going to put a number there at the entrance or at the exit, I still don’t believe it.”

His premonition was fulfilled. “By law I could go, but with me there is a different law. It seems that I am the worst of traitors,” remarked the player who in six years of experience in the Majors has played three World Series, winning a ring in 2017.

The Cuban government has refrained from offering its version since the news was published in various media at the end of last month.

‘La Piña’, as Gurriel was renamed in Houston, had an extensive career in National Series and with Cuban teams in international events. He is probably the highest-profile Cuban athlete to leave an official delegation.

Other renowned players who also left national delegations, such as yasiel puig, Joseph Abreu and Aroldis Chapmanhave been able to enter Cuba without setbacks.

“It’s frustrating. I dedicated the best 15 years of my life, of my sports career, to Cuban baseball. That’s no secret to anyone,” Gurriel said.