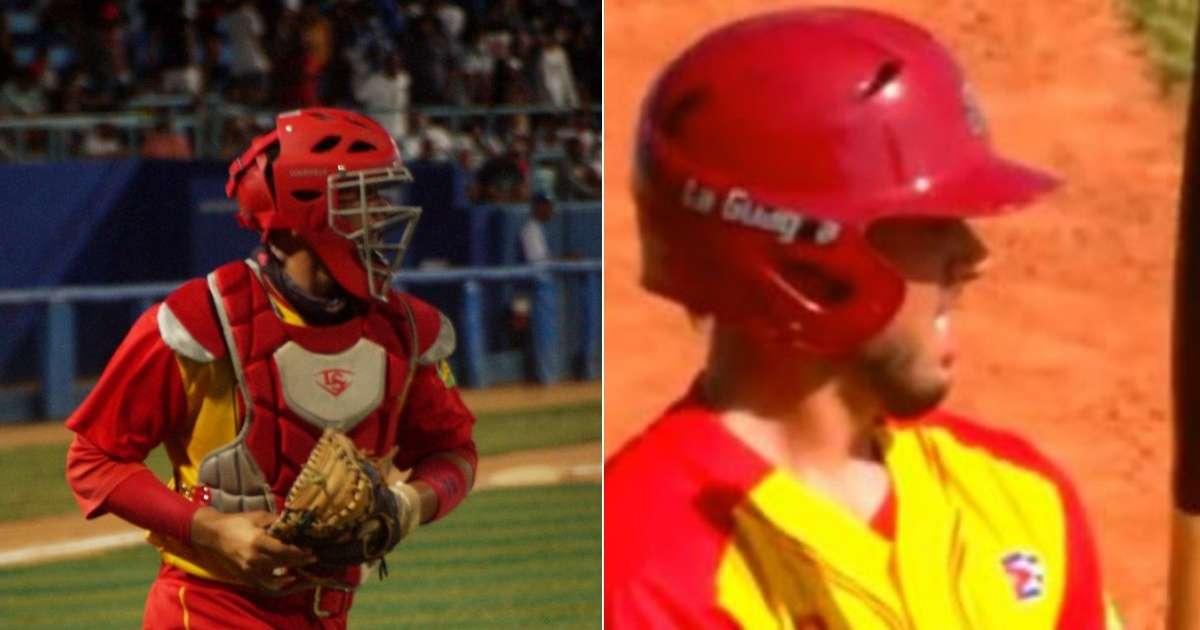 The young man from Matanzas Daniel Figueroareceiver that stood out as a promise of the cuban ballleft the island for Dominican Republic with a view to trying to sign a contract with a major league organization.

The news was released in a bulletin by the sports journalist, Francys Romero, who specified that At 17 years old, the young baseball player “was considered the most developed receiver of his class among all those in Cuba.”

Figueroa debuted this same season in the 61 National Series with the Matanzas Crocodiles and even showed his power as a hitter by hit his first home run just two weeks ago.

“He only saw action in nine games, but he also made a great impression with his defensive skills”Romero added.

Figueroa accumulated 11 official visits to the batting cage in which he hit a couple of hits, a home run and a double.

With 6 feet 3 inches tall and weighs 197 poundsthe corpulent player was part of Cuba’s pre-selection for the U-18 World Cup, a tournament that the island finally decided not to attend.

“He has power towards the opposite field and in the last U-15 National Championship he left one of the best disciplines at home with 23 walks and 2 strikeouts. There Figueroa posted an offensive line of .296/.474/.380, 6 doubles and 13 RBI in 97 appearances at home”, also commented the aforementioned source.

Danell Figueroa was part of the group at the Pan American U-15 in Mexico, held in 2019.

The man from Matanzas joins the increasing exodus of Cuban prospects who have left the island with the aim of achieving professional and economic improvement in their careers.

“At only 17 years old, he is the real example of the future of baseball in Cuba: players do not want to wait time to develop or lose value, the only way out is exodus”sentenced the specialized journalist, who has been following in detail the massive flight of sports values ​​from Cuban baseball.

In January of this year, an article published in the official weekly workers admitted that more than 635 Cuban baseball players of all ages left the country in the last six years, both through regular and irregular routes.

The text cited as a source “data compiled by various authors” and added that the National Institute of Sports, Physical Education and Recreation (INDER) reported that, during the last 10 years, a total of 862 Cuban athletes from various disciplines have left the national teams.

Since January 3, the date of the aforementioned publication of workersthe number of young sports promises leaving the country.

Like you, thousands of Cubans in Spainin United Statesin Mexicoin canada they read and support the independent journalism of CiberCuba. Our editorial independence begins with our economic independence: no organization from any country finances CyberCuba. We make our own agenda, publish our opinions and give voice to all Cubans, without external influences.

Our newspaper has been financed until today only through advertising and own funds, but that limits what we can do. This is why we ask for your help. Your financial contribution will allow us to do more investigative journalism actions and increase the number of collaborators who report from the island, while maintaining our editorial independence. Any contribution, big or small, will be very valuable for our future. From only $5 and with just one minute of your time you can collaborate with CiberCuba. Thanks.