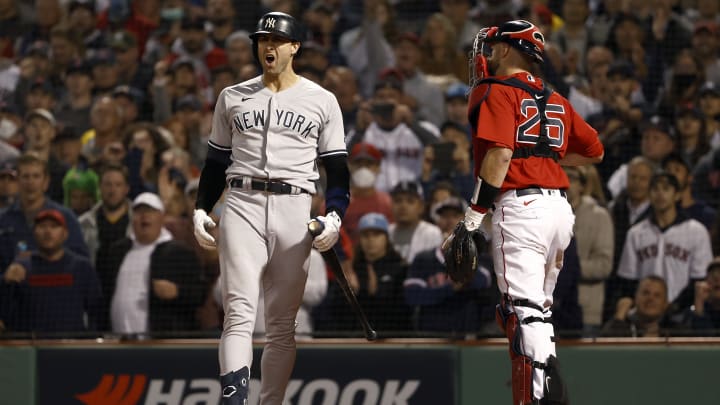 Baseball fans are counting down the days to the most emotional duel on Opening Day of the 2022 season at the MLBwho will face the New York Yankees and Boston Red Sox.

It will not be just another chapter in the oldest rivalry of the Big leagues. It will also serve to warm the atmosphere in what promises to be a year of great competition between them in the East Division of the American League.

The Bronx management, headed by Brian Cashman, he apparently hasn’t finished assembling the team for next season and is still looking for a pitcher. Also red-footed have departments to strengthen.

With what they have right now on the payroll, the fight between the two clubs promises to be even.

The arrival of Trevor Story gives a plus to Boston, which will now have the star in the middle of the lineup as another power hitter, and in the central line of defense in tandem with Xander Bogaerts.

Although manager Alex Cora’s lineup looks solid with JD Martinez, Enrique Hernandez and Rafael Devers, there is an advantage for the Yankees, who are crossing their fingers for another year of health for their sluggers Giancarlo Stanton and Aaron Judge and the recovery of DJ’s level. LeMahieu.

They also bet on seeing their new acquisition, Josh Donaldson, in a big way and they have the contribution of Anthony Rizzo.

The Red Sox’s starting pitching took a hit with Chris Sale’s injury, but they still have Nathan Eovaldi and Nick Pivetta. The Yankees have several arms in the rotation, but they continue to define their second man, the one who supports their ace Gerrit Cole.

The injury proneness of Jameson Taillon and Luis Severino creates uncertainty, so Boston may have a bit of an edge in this regard.

If there’s one area New York is strong at, it’s the bullpen. Their relief corps remains strong despite injuries to Zack Britton and Domingo Germán. The presence of Chad Green, Jonathan Loáisiga and Aroldis Chapman tips the balance in favor of the Yankees in their comparison with the Red Sox, who continue to search for balance in this department.

Although adding Story was an important move for Boston, the relief situation means the Yankees have at least a better roster on paper.

yankees vs. Red Sox | Which team has the best roster in 2022 after the moves?