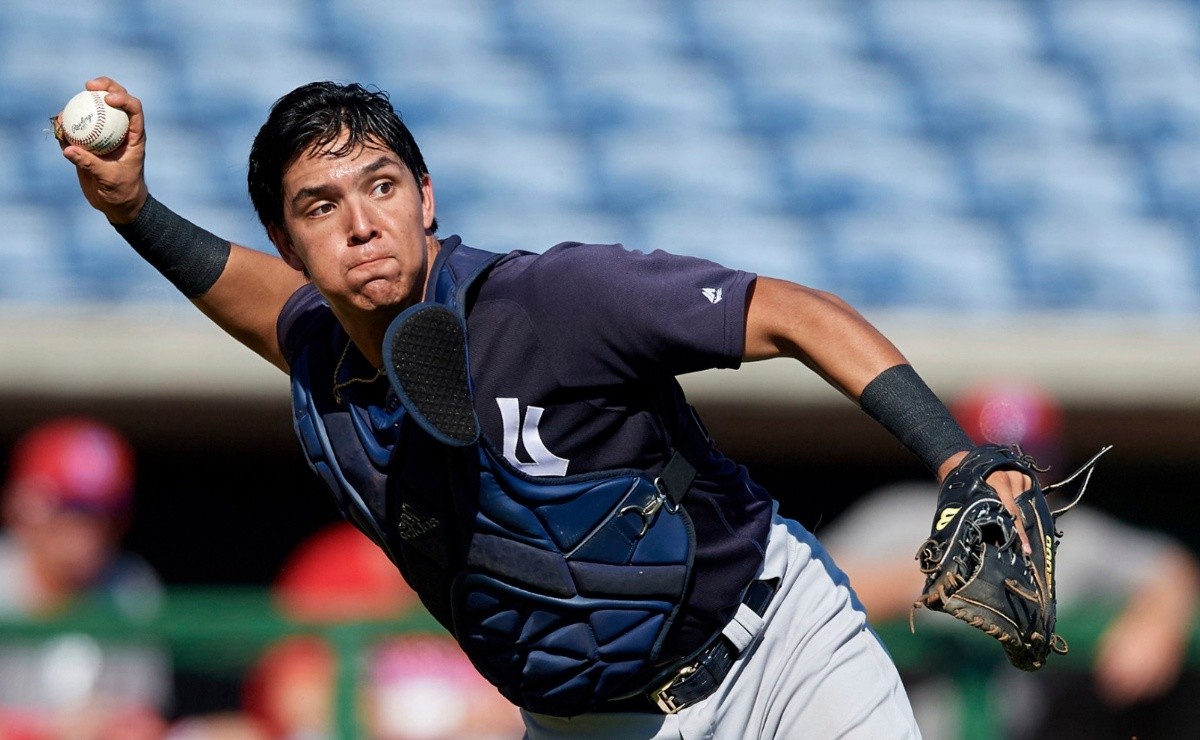 Selected in position 23 by the New York Yankees in the 2018 MLB Draft (signed for $2.8 million), the career of Anthony Seigler he has been plagued by injuries, playing just 95 games in his four professional seasons. She has dealt with hamstring, quad and knee injuries in her brief career, plus she has dealt with concussions.

Even when he was healthy, Seigler hasn’t been the player the Yankees expected when they drafted him. He hit .217 and slugged just .324 over his career, hitting just five home runs in those 95 games:

Seigler will turn 23 next season (in June), which is the last year before he officially puts the bust stamp on his career. He is 1.83 meters tall and weighs 90 kilos.

It’s worth noting that Seigler was also drafted as a pitcher out of high school, where he recorded a 1.09 ERA in his final year as a switch pitcher. Yes, that’s right, he is ambidextrous.

The Blue Jays drafted Hagen Danner as a catcher in 2018 with their second-round pick, and after he struggled in his first few seasons, they moved him to the mound, where he is now one of their top prospects. Maybe the Yankees could prove that with Seigler.

It may interest you: Yankees 4 players from NY are included in ESPN’s Top 100 Prospects

Anthony Seigler has never made it past Class A Advanced. He also hits both sides of the plate. He was recruited from Cartersville HS in Georgia. Will he be the next Pat Venditte?

I am a fan of the King of Sports, especially the Boston Red Sox in MLB and all Mexican baseball in general. This profession has given me the opportunity to cover major events such as the Caribbean Series, the LMB All Star, the LMP (uninterrupted since 2009), signing important players. I had the chance to attend the 2013 World Classic in Arizona, USA, although as a fan. Apart from this beautiful sport, I love basketball, where I have also narrated games and even an NBA friendly 10 years ago, but I have baseball in my veins. Degree in Communication Sciences from the Autonomous University of Sinaloa (UAS) , from which I graduated in 2011. I was born in Mazatlán, Sinaloa and started in the world of sports journalism in 2004 in the newspaper El Sol de Mazatlán, where I was a baseball columnist and a reporter at the same time. In January 2009 I arrived at El Debate as a journalist reporter and it was almost six years (in the first stage), until in November 2014 I emigrated to the radio providing my services at Línea Directa-Grupo RSN. My cycle there ended in July 2019 and a few days later, El Debate gave me another opportunity to work and opened the doors for me again. That is how I came to Al Bat, where I have been since 2019 as a web journalist.

Yankees: The catching prospect NYY could turn into a switch pitcher