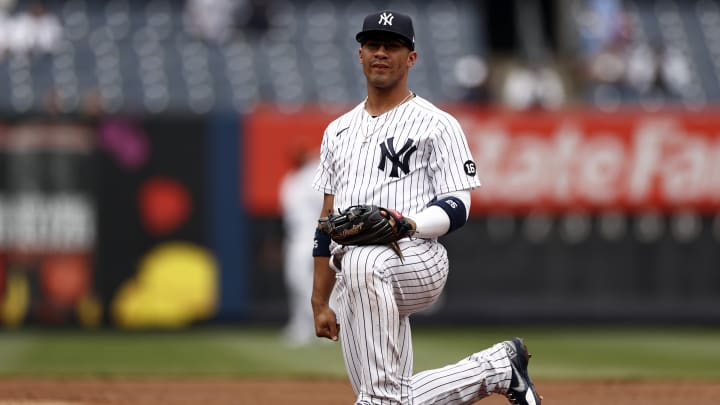 Although it is said that the New York Yankees they called Carlos Correa just before the lockout in the MLBthere are reasons to think that there will not be an agreement with the Puerto Rican to be the team’s shortstop in 2022.

Those reasons stem from the fact that the yankees they have two top-tier prospects on their farms for this position who are close to completing their development, Anthony Volpe and Oswald Peraza. And they also have assured relief with Trey Sweeney and Roderick Arias.

They rejected a trade for Matt Olson not to hand over Peraza, suggesting that the moves they make when negotiations resume in the Big leagues he will be looking for a short-term solution at shortstop.

The Venezuelan Gleyber Torres needs to have a good year in 2022 to leave behind two nightmare seasons that have made him lose the category of untouchable in the Yankees.

While it seems unlikely that New York will put the 25-year-old infielder on the market, it’s something they should consider before he loses more value.

In the Bronx they have many departments to attend to when the MLB market reopens. Although resolving the shortstop issue is a priority, they have other open fronts: getting a first baseman, a center fielder and, above all, a starter to accompany Gerrit Cole in the rotation.

In that sense, Adrian Houser, of the Milwaukee Brewers, is presented as an option. In 2021 he posted a 3.22 ERA and will be in his first year of arbitration, with a projected salary of $2 million. He won’t be a free agent until after the 2024 season, and Milwaukee has shown interest in Luke Voit in the past.