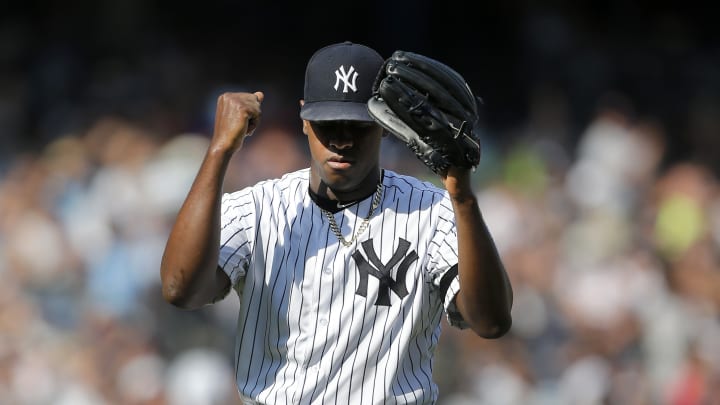 Among the top 10 prospects in the New York Yankees is left-hander Ken Waldichuk, who is believed to be close to making his debut in the MLB.

Waldichuk, 24, finished the 2021 season in AA and posted 6-3 overall numbers with a 3.03 ERA and 163 strikeouts in 110.0 innings. But he knows that he has work ahead of him to work his way up the organization to Big leagues.

Waldichuk his work plan is clear: “The goal is to work on command, my walks per nine innings were quite high last year (4.17). I also have to try to get some of that speed back that I had at the beginning of the year.”

Luis Severino has front-line talent to step into the role behind ace Gerrit Cole in the Yankees’ rotation, but it’s his injury history that sets the limit.

Severino returned to the mound last September after nearly two years out and has only pitched 18 innings since 2019, so it seems like a good idea to take it easy and look for a starter on the market.

Thanks to a combination of player development and big spending on the international free agent market, the Yankees have an impressive talent pool in their minor league system when it comes to infielders.

Anthony Volpe, Oswald Peraza, Trey Sweeney, Roderick Arias, Oswaldo Cabrera, Alexander Vargas and Hans Montero could one day impact the Major Leagues, leading some to wonder what the team’s plan is for the group.

It is believed that in the not too distant future the Yankees will have Volpe at second, Peraza at shortstop and Sweeney at third.