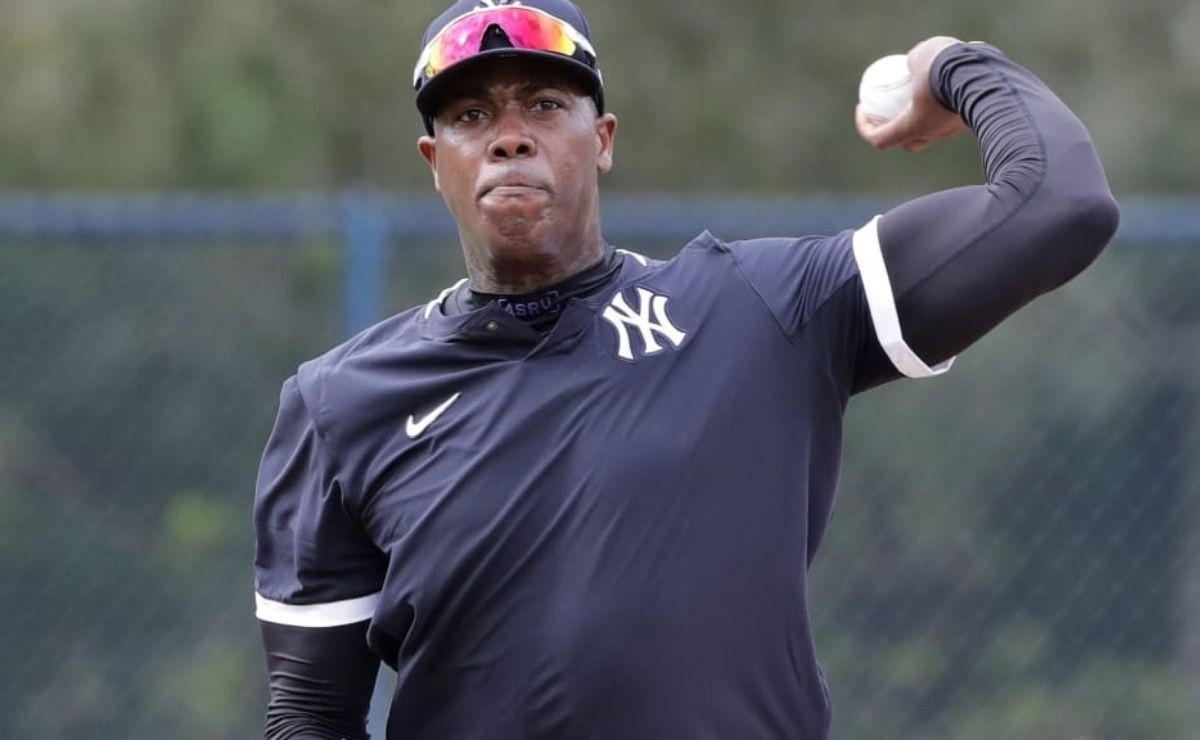 The players of the Big leagues They are taking advantage of the off season to prepare for the next season. Such is the case of Aroldis chapman, who recently shared the training that he performs and in a curious way he had a puppy as a special guest. Here a Photo of what the pitcher did New York Yankees.

Aroldis Chapman caused a sensation on social networks with an image that he shared, since it is the moment in which he is accompanied by a small puppy in the middle of training session.

The Cuban streamer appears sitting on the floor and giving the dog a kiss and hug, in what appears to be a gym, since he is seen wearing sportswear and around him there are machines and weights.

Aroldis Chapman is preparing to report with the New York Yankees for the Sprint Training preceding the start of the 2022 MLB Season, which will be his seventh with this organization.