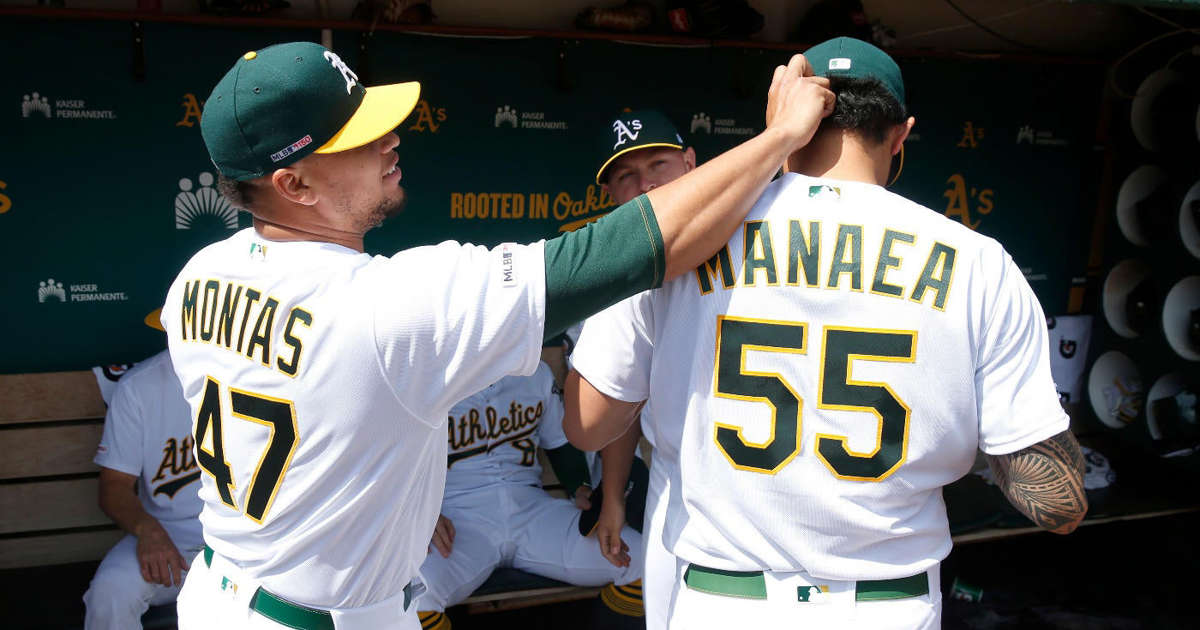 The New York Yankees and the Oakland Athletics have been having talks about putting together a trade for Frankie Montas or Sean Manaea in the MLB.

It is reported that the Oakland Athletics and the New York Yankees they are in talks for one of the two pitchers that the green team has on the market, it is the left-hander Sean Manaea and the Dominican Frankie Montas on the MLB.

In view of the Oakland Athletics they did not make the slightest effort to keep Mark Canha or Starling Marte, and in the process they changed Matt Chapman, Chris Bassit and Matt Olson, it is evident that they are going into reconstruction and it is to be hoped that multiple teams will approach them to see that other pieces they want to sell.

The Athletics have apparently made it clear that they don’t want Gleyber Torres or Luke Voit, but multiple prospects to help them have more confidence in the rebuilding they’re beginning to do in the MLB.

The Minnesota Twins have been linked to those talks, who intend to acquire the services of one of the two starters.

While Frankie Montas He is a right-handed pitcher from the Dominican Republic, he measures 6’1 with 225 pounds at 27 years old, another one who is coming off a good season, posting a record of 13-9 with a 3.37 ERA, 187 innings and 207 strikeouts.

Yankees and A’s have been talking, according to sources familiar with the situation. A’s have two of the most coveted pitchers on the market in Sean Manaea and Frankie Montas.

Yankees and Athletics negotiate for Frankie Montas or Sean Manaea