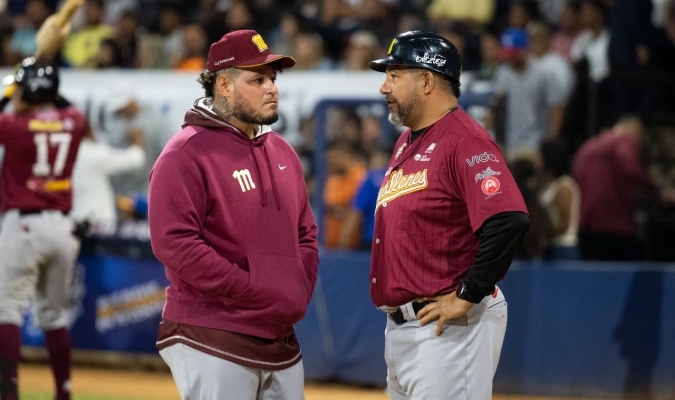 The Navigators of Magellan they stayed at the gates of their second consecutive final, after ending the season with three consecutive defeats, including a couple of defeats against their direct rivals: Lions of Caracas and Sharks of La Guaira. Magallanes ended his participation with another defeat, this time 1-0 against the Cardenales de Lara, thus officially lowering the curtain on the season.

Yadier Molina, manager of the “Turkish Ship”, spoke after the game in statements for the press team of the filibuster group, in order to give his final balance on what the LVBP 2022/23 season left behind, which also meant the the former Puerto Rican player’s first experience as a professional manager.

“It was a super good experience, I really enjoyed it. Obviously with ups and downs, baseball is like that, but the team was always united. We fought hard but it didn’t happen to us, it wasn’t our year”expressed Molina when giving a small general balance of the season.

“El Marciano” also gave his opinion on the LVBP, a league in which he was for the first time during this harvest. “Good quality, good baseball. The teams are well reinforced, some with 7 or 8 major leagues. Good pitching. The fans supported well. I loved coming here, a good experience that I will always remember”he expressed.

Molina also spoke about the group with which he lived in the clubhouse, and thanked his managers for their efforts. “They understood that as a rookie manager I was going to make mistakes. They accepted that and we were a good family. I feel very happy to belong to Magallanes. I feel grateful, the boys made an effort and were professionals. I told them that they have a friend here, and I wish you the best”indicated.

In addition, Yadier Molina did not close the doors to a possible return with the Navegantes del Magallanes. “Why not? Obviously we are open. Let’s see if it happens, with a little more experience, and hopefully next year that 0-12 will be 12-0”he pointed out.

Yadier Molina on returning to Magallanes: “Why not? Let’s see if he gets a little more experience”