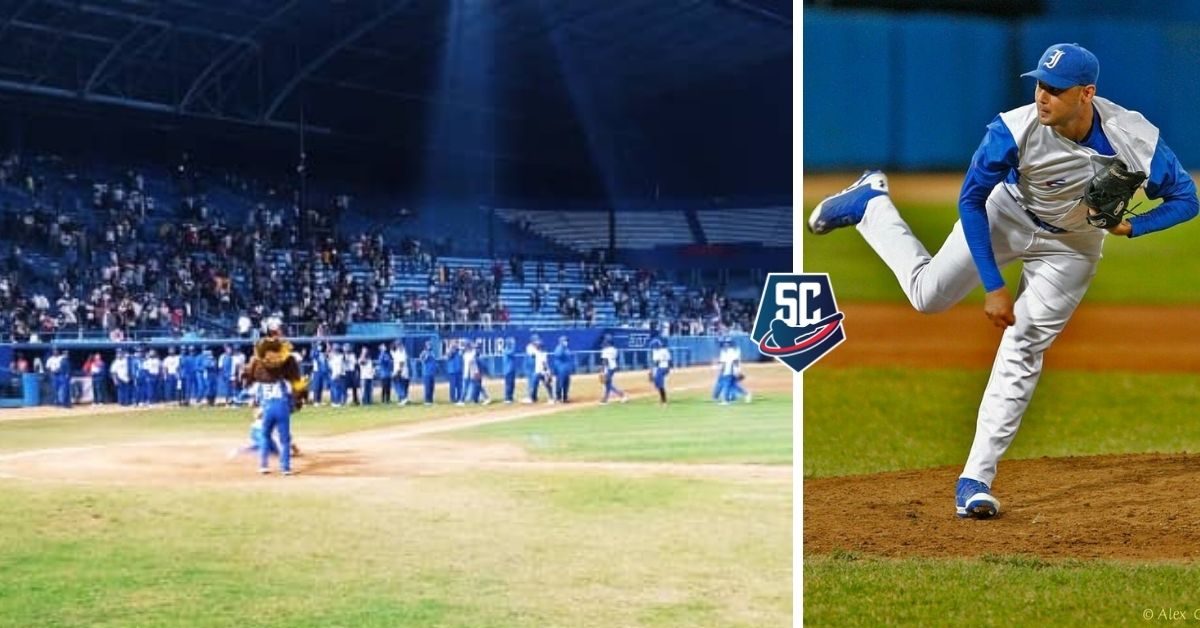 The Industriales de La Habana defeated the Gallos de Sancti Spíritus 8×4 for the second consecutive day in this sub-series. The success went to the account of Marcos Ortega, the setback was awarded to the left-handed Alex Guerra. Meanwhile, Andy Vargas rescued another game in the contest.

Industriales entered the grass of the Latin American stadium with the aim of equalizing the particular sub-series against the Gallos de Sancti Spíritus at two games. This was demonstrated in the bottom of the first inning, when fourth baseman Walter Pacheco found a runner in scoring position and drove in the first run of the game.

The response of the spirits was immediate. The experienced Frederich Cepeda walked at the start of the second inning and Yoandry Baguet hit an RBI double to right field to tie the score.

The Lions regained the lead at the conclusion of that inning. The combination between Juan Carlos Torriente and Yoasan Guillén produced the capital’s second goal in the match. Guillén scored the third triple for Industriales in the 61 National Baseball Series.

The starter from Sancti Spíritus, Alex Guerra, came down from the mound of sighs in the third episode. In that entry, the people of the capital attacked with force and made four runs. Once again in this subseries, Roberto Acevedo was once again decisive. The left fielder tripled with the bases loaded and cleaned the bases. Later, Lázaro Ponce finished the task with a grounder to second base.

Meanwhile, the game became quiet until in the fifth episode Daviel Gómez disappeared the ball with a teammate in circulation. In this way, the Roosters got closer to 6×3 on the scoreboard. Likewise, in closing, Yasiel Santoya hit his fourth home run of the season and placed a difference of four on the board.

The giraldillos were not satisfied with the partial result and extended the advantage in the seventh and eighth innings, stepping on the plate once on both occasions. Therefore, they reached the ninth episode with an 8×3 advantage. At the time of picking up the bats, Moisés Esquerrez made a big swing and sent the ball beyond the edge of the field.

It may interest you: Google omitted transcendental information about one of the great Cuban symbols

Marcos Ortega achieved the first victory of the campaign, after suffering four defeats in the current contest. The right-hander pitched six full innings, in which he allowed three runs and retired 10 batters via strikes.

WITHOUT FORGIVENESS: Industriales defeated Gallos and goes for the sweep