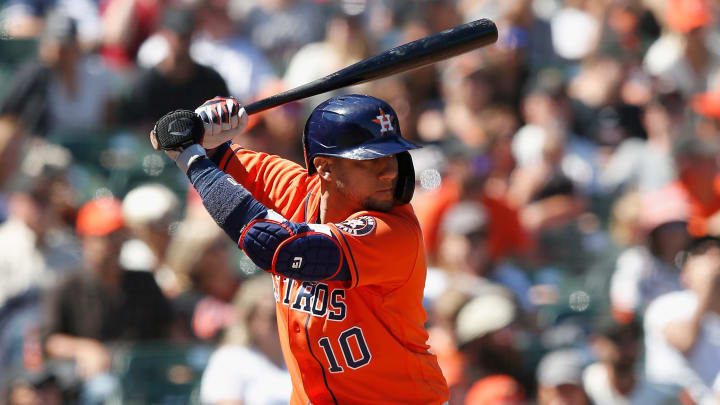 The Houston Astros are leading the American League West Division in the 2021 season of the MLB, with Yuli gurriel as one of the great responsible.

The Cuban is in the final stretch of his career as an active player, but the numbers he is registering this season place him in the select club of the best hitters in the league.

So far in the 2021 regular round, Gurriel is averaging. 324 and a .388 OBP with 12 homers and 66 RBIs. Plus, he has an impressive 879 OPS, the best in a set of Texas that has great hitters like Jose Altuve, Carlos Correa and Yordan Álvarez.

In addition to the remarkable numbers noted above, the 37-year-old has just 45 strikeouts after 361 at-bats, meaning the fewest strikeouts for the Astros so far this season.

Although it is not the name that sounds the most in Minute Maid Park, no one can deny that Gurriel has enormous value in the roster of the current leaders of the West Division, mainly for two reasons: He remains an elite hitter and has the ability to play in various positions.

Traveling back in time, when he began to stand out in the world of amateur baseball with the Cuban national team, “Yuli” was so well regarded that many saw him as the “Cuban Alex Rodríguez.” In fact, it was a rare situation that the player made it to the major leagues at age 32.

Despite debuting in the MLB at an age when many players are in the decline of their careers, the Antillean has managed to remain a key player in the Astros that have always competed strongly for the title in recent years. .

After a brief review of the player’s career, it is important to note that in virtually every offensive category for the Astros this season, his name appears in the top three places.

If Gurriel had started his MLB career 10 years earlier, he would surely be fishing for historic records by now. But just over 6 seasons have been more than enough to earn the respect of organized baseball in the United States.

Beyond what the performances of José Altuve and Carlos Correa generate in the public, reviewing the numbers we realize that Gurriel is the Latin player for the Astros with the best performance in the 2021 MLB campaign. So when he comes off the disabled list, he is sure to be a key player heading into the postseason.